Pope Francis, what kind of a future has just begun?

Pope Francis, between reality and representation 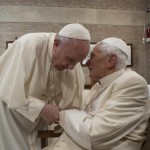 The news that the French priest and psychiatrist Tony Anatrella has been barred from public life, but not reduced to the lay state, after his final conviction for abuse, has arrived for Pope Francis while the echoes of the Rupnik case have not yet quiet down. The decision in the Anatrella case demonstrates once again that, despite the great attention of the media, Pope Francis has not deviated much from his predecessors in his decisions in the fight against abuse.

Pope Francis has established a Pontifical Commission for the Protection of Minors, and the Pope indeed convened a summit of the presidents of the Episcopal Conferences from all over the world in February 2019 to discuss how to deal with the issue. Also, after the meeting, the Pope took some measures to help better address the clergy abuse scandal.

All of this, however, must be read in a broader context. Probably, the decisions of Pope Francis must be considered the natural implementation of measures that had already been put in place in the past. Of course, there are new elements, but the line of judgment is the same. Indeed, Pope Francis allows for even more exceptions and is more personal in his decisions.

The decision not to reduce Anatrella to the lay state recalls what Benedict XVI did with Marcial Maciel, the founder of the Legionaries of Christ, who led a double and triple life and was revealed to be a serial abuser, manipulator and even drug user. When he was prefect of the Congregation for the Doctrine of the Faith, Cardinal Ratzinger had great difficulty opening the file on Maciel. As Pope, he sanctioned him but, considering that he was now at the end of his life, he preferred not to reduce him to the lay state, but forced him into a private life of penance.

Pope Benedict XVI – the Holy See revealed it during a meeting of the Committee of the Convention against Torture in 2014 – had reduced 848 priests to the lay state, and 2,572 had received minor sentences, from about 3,400 cases reported to the Holy See between 2004 and 2014.

In short, there had been not only an intense activity of investigation but also of judicial adjudication and punishment of those who had been found guilty of abuse. In the annus horribilis of 2010, when cases of abuse of priests had become daily news, Benedict XVI reacted by putting the Church in penance at Fatima, asking forgiveness for the sins of her children, but also by eliminating the statute of limitations on that type of crime, making the regulation even more specific.

Pope Francis, for his part, has made it known that he will never grant a pardon when this is requested following a guilty verdict for abuse. In terms of the legal framework, he tightened the penalties. He lifted the pontifical secrecy (even if the legislation seemed to be somewhat vague) while he continued the work of meeting victims of abuse that began with Benedict XVI.

It is no coincidence that Pope Francis has repeatedly mentioned the recently deceased Pope Emeritus as the inspirer and initiator of the work to combat abuse in the clergy.

However, the perception in the media is that Pope Francis represented a fundamental change in the fight against abuse. Some decisions give a particular perception. For example, the establishment of the Pontifical Commission for the Protection of Minors. It should be noted that the fight against abuses is addressed in a specific course in the Ecclesiastical Academy, which trains Vatican diplomats and future nuncios.

It must be said that on the issue of abuse, there is a papacy of the media and a real one. The Papacy of the media describes Pope Francis as committed to a hard line of zero tolerance without exceptions. But, in reality, Pope Francis had brought Archbishop Gustavo Zanchetta to work in the Vatican with an ad hoc assignment. Zanchetta later returned to Argentina and was accused of abuse. And again, the Pope had brought Archbishop Wesolowski, the nuncio accused of abuses, to the Vatican, where extradition could not be requested from, and where the nuncio himself died without even facing the judgment of the Vatican court.

Pope Francis also reopened the case of Don Mario Inzoli, which resulted in another guilty verdict like the previous one. In Argentina, he had been under the spotlight for managing the Grassi case.

The reality is that Pope Francis, both at the 2019 summit and on other occasions, wanted to limit abuse of the clergy to a specific phenomenon, highlighting how a system attacked the Church.

Why has Pope Francis enjoyed so much credit in handling the fight against abuse? How does he respond to expectations?

Maybe it’s because he does the things any secular institution would do. Faced with the abuse scandal in Chile, he responded by almost ignoring the phenomenon, then summoned the Chilean Conference of Bishops to Rome and asked everyone to resign.

Benedict XVI tackled a similar case, the Irish case, in a diametrically opposite way: he wrote himself a letter to Irish Catholics, asked for forgiveness, and hoped for a change in society and an assumption of responsibility, but fired no one. Instead, he maintained chain of command accountability by leaving the task of deciding to the bishops, despite being already delegitimized by the situation.

These are two different approaches that wouldn’t even exclude each other, if it weren’t for the fact that Pope Francis himself has made the fight against abuse and transparency in the Church his forte. Thus, it happens that an archbishop of Paris is sacrificed on the “altar of hypocrisy” (Pope Francis Dixit) and that another, Cologne’s, is invited to retire due to a “communication error.” Both had reservations about abuse reports that their bishops’ conferences had commissioned from external bodies.

And again, it happens that a Cardinal, Barbarin, is tried and acquitted because he never covered up the abuses and that another Cardinal, Pell, is hit by defamatory accusations in Australia and even spends months in prison before being ultimately acquitted, and this without the Holy See sending a formal note of protest.

The Papacy of the media emphasizes the punitive decisions of Pope Francis but at the same time hides the most controversial decisions, which must be placed in the balance sheet of his fight against abuses.

And then one wonders if all this media hype could have good consequences for the Church. In the end, beyond the necessary and just punishments against those who commit a severe crime, there is also the need to explain that it is not the institution that is rotten, but rather the people.

This does not seem to occur in Pope Francis’ narrative, who also makes decisions in line with those that the predecessor would have taken. And yet, a crack seems to have opened in the Church, despite signs of continuity or discontinuity.

The Anatrella case could therefore be a crucial case for Pope Francis. He made a difference, maybe, but he did it late. Too late.

3 Responses to Pope Francis, between reality and representation