Pope Francis beyond the crisis. Waiting to appoint new cardinals 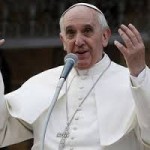 Pope Francis will hold a consistory to create new cardinals on the 14 and 15th of February. The announcement came at the end of a busy week: Pope Francis has granted an important interview, has personally reshaped the synod narrative against the media narrative during a general audience, and has taken part in the 7th meeting of the Council of Cardinals. In the end, the announcement of the consistory can be considered a further step forward, to go beyond a small internal crisis .

For what concerns the Synod of Bishops, Pope Francis tried to calm things down speaking in an interview with the Argentine newspaper “La Naciòn,” the first interview the Pope had given to a newspapers from his homeland. The Synod is “an ongoing process,” the Pope said. And he added that no one has questioned Catholic doctrine, but certainly divorced and civilly remarried people should not be pushed aside. “They cannot be godfathers to any child being baptized, mass readings are not for divorcees, they cannot give communion, they cannot teach Sunday school, there are about seven things that they cannot do, I have the list over there. Come on! If I disclose any of this it will seem that they have been excommunicated in fact! [...] Things need to change, our standards need to change,” underscored the Pope, thus showing that he prefers a more pastoral approach.

In the General audience of Dec. 10, Pope Francis returned to the issue of the synod. Yes, he said, there had been a lively discussion among the synod’s fathers, but there had not been divisions, and none has ever questioned the fundamental truth of marriage which, the Pope reiterated, is between a man and a woman, indissoluble and open to life. He then added that the Pope is the warrant of the orthodoxy, as he already stated at the beginning of the synod. While, in the speech he delivered at the end of the synod – which Pope Francis considers one of the three official documents of the synod, not including the midterm report – he reiterated the importance of his role as Pope.

In the middle, the guidelines (Lineamenta) of the 2015 synod have been released. The guidelines include the synod’s final report as it is (with all of its controversies) and a series of 46 final considerations. These are divided in three parts, and each part has an introduction, that the General Secretariat of the Synod generally gives to clearly indicate the method to follow. Id est, not to go back from the “pastoral turn” and to avoid “a mere application of doctrine to pastoral work,” taking into account that the synod’s path has been now traced.

Certainly, not all the participants of the synod will appreciate these indications. Some days ago, concluding the plenary assembly of the International Theological Commission, Cardinal Gehrard Ludwig Mueller, prefect of the Congregation for the Doctrine of the Faith, underscored that “separating doctrine from pastoral work is almost a heresy.” However, the synod’s guidelines are yet to be published. This is prove that the discussion will be tough.

Pope Francis has started to manage the crisis. He did it his way, personalizing communication. He personally took the floor. With “La Nación,” he had even spoken of Curia gossip, and explained why he had appointed Cardinal Raymond Leo Burke as Patron of the Sovereign Order of Malta, and why he had not renewed the mandate of the Swiss Guards’ commander

It is perhaps the first time a Pope uses interviews and conversations this way. Pope Francis conversations with the atheistic journalist Eugenio Scalfari, founder of the leftist Italian newspaper ‘La Repubblica’, helped him to gain favor in the secular world. The interview the Pope granted to the Jesuit-run magazine ‘La Civiltà Cattolica’ underlined his being a Jesuit. He granted most of the remaining interviews to secular media, especially Italian ones (‘Corriere della Sera’; ‘La Stampa’; ‘Il Messaggero’) plus one to the Spanish newspaper Lavanguardia, with the purpose of generating a positive image of him in the country that generates so many news about the Vatican. Then, he went on air in radio programs in Argentina. The commitment to communication is finally completed by his personal phone calls.

Given all this circumstances, it is not surprising that Pope Francis may have used an interview to address the current problems and critics, in order to manage the crisis. The Pope then deepened his commitment by addressing the faithful directly. During last Wednesday’s General Audience, the Pope shared his reading and narrative of the synod of bishops, in order to go beyond the media narrative.

This may be seen as a sign that the debate is even more than lively, within the Sacred Walls. As lively as the debate of the reform is.

On Curia reform, Pope Francis also took the situation in his hands. In the interview he had granted to ‘La Nación’, Pope Francis clearly said that reforms will take at least one more year. It was a needed explanation, since the discussion on reforms had come to a halt.

When the Bishop Marcello Semeraro, Secretary of the Council of Cardinals, presented on Nov. 24 the proposals of reform to the heads of dicasteries, the draft was intensely criticized. The way the draft had designed the two big Congregations of Justice and Peace and Laity and Family was – according to many – too vague, and did not take into account the new responsibilities undertaken by the Vatican dicasteries in the course of the years. The Council of Cardinals discussed all of these observations for one day and a half during their last gathering Dec. 9-11. Pope Francis took part in the meeting as much as possible. The very Fr. Federico Lombardi, director of the Holy See Press Office, in the end clarified that the reform’s process is ongoing and that it will not be short. Fr. Lombardi also underscored that – once there is a final draft of a reform, it will be worked on by Canon Law and juridical experts. It will not be quick, contrary to what many over-communicative cardinals of the Council made believe.

Pope Francis is now once more reshaping his revolution. He has always preferred the pastoral issues, but now he is also conditioned by the cardinals that have elected him with a precise agenda. Pope Francis shares the need for a renewal. He wants cardinals and bishops close to the people. He does not deem the institutional structure to be very important, as he has said several times. On the other hand, he has understood that he cannot underestimate a reform of the institutional structure. Sometimes, this reform seems to be designed as a dismantlement of the existing system. Other times, the Pope seems to  strengthen the institutional branch – for instance, when he appointed professor Vincenzo Buonomo as an adviser to the Vatican City State government.

The crisis of Curia reforms lies on two fronts. On one hand, the need to keep an institutional framework. On the other hand, the frenzy of those – and many of them are in the Council of Cardinals – pushing for quick reform, in order to dismantle a system that did not work, according to them. On one side, those who want to carry forward Benedict XVI’s renewal – the Pope emeritus had given reform an institutional framework, including his historical renunciation to the Petrine ministry; on the other side, those who had focused on the discontent over the flaws of the Curia structure to carry forward their own agenda – among those, the cardinals of the old guard, who pushed for a quick conclave.

Influenced by these dichotomies, Pope Francis has managed the crisis by coming down to the field in person and opening a discussion, that will take place in February.

According to the schedule provided by Fr. Lombardi, the plenary assembly of the Pontifical Commission for the Protection of Minors will gather Feb. 6-8, finally provided of statutes and with a full membership (members should go from 8 to 18); the 8th meeting of the Council of Cardinals will take place Feb. 9 – 11;  after that, Pope Francis will convoke a public ordinary consistoy Feb. 12-13, in order to discuss the Curia reform plan; and finally, on Feb. 14-15, Pope Francis will convoke the extraordinary consistory for the creation of new cardinals.

This way, the creation of new cardinals will come at the end of an intense period of discussions. Probably, a meeting of the Council for the Economy will be likewise scheduled at the beginning of February, so that it may provide cardinals with further suggestions for reform.

The ongoing discussion gives the impression that Pope Francis wants to put the Church in a sort of state of Permanent Council. In the end, it’s alway the Pope to have the last word.

This is the reason why the creation of new cardinals may shift the balance of discussion in his favor. In February 2015, the cardinals under the age of 80 and so able to vote in a Conclave will be 110. It means that Pope Francis will have 10 red birrette to reach the number of 120 voting cardinals set by the Blessed Paul VI in 1975 and confirmed by St. John Paul II in the ‘Universi Dominici Gregis’, the regulation for the election of a Pope. Pope Francis will have 15 slots for possible new cardinals in the course of 2015: in June, the voting cardinals will be 107, and from November they will become 105.

Certainly among the new red hats will be Archbishop Bruno Forte, general secretary of the synod, who is about to be appointed to a major archdiocese in Italy or to an important post in the Roman Curia.

With 15 new hats, Pope Francis can really change the geography and the orientation of the College of Cardinals.

The change on the College of Cardinals, plus some additional appointments, may allow Pope Francis to take the Church beyond the institutional crisis. But not beyond the synod’s discussion, still close to the heart of people Pope Francis wants to reach for. Bishops will not take any step back from the synod’s discussion, and will not give up to pressures and indications like those contained in the synod’s guidelines. And, though he had accepted and even promoted the Pastoral turn, Pope Francis has let it be known that he is unlikely to deviate from orthodoxy.

3 Responses to Pope Francis beyond the crisis. Waiting to appoint new cardinals