Pope Francis, three signs of how the reform is taking shape Pope Francis, is the Curia reform only about costs?

Pope Francis, bishops at the center of reform 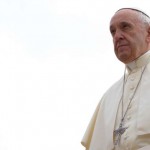 Under Pope Francis, when it comes to talk about reforms in the Church, a new protagonism for lay people and giving greater responsibility to women in the Curia ranks are often highlighted. The truth is that Pope Francis’ reform is aimed above all at bishops. Pope Francis is working to reform the profile of bishops, rather than shaping Curia reform. And bishops are the first recipients of the Pope’s initiatives.

This was made clear once again when the membership of the preparatory committee of the gathering on “The protection of minors in the Church” was released on November 23. The meeting summons all the presidents of bishops’ conferences (plus Curia members and heads of the Eastern Churches) to discuss the issue with the Pope from Feb. 21 to 24, in Rome.

Greg Burke, director of the Holy See Press Office, stated clearly that “the meeting is primarily one for bishops – and they have much of the responsibility for this grave problem. But lay men and women who are experts in the field of abuse will provide input, and can help address, especially, what needs to be done to ensure transparency and accountability.”

These words outline very precisely how things are going to be handled. Bishops’ responsibility is the highest, lay people can support bishops, but they do not assume their responsibilities.

These words once again help us understand the concerns over the proposal of the US Bishops to establish a lay-led panel to investigate the behavior of bishops in case of abuse.

In fact, Pope Francis clarified his approach on August 26, during the in-flight press conference coming back from Ireland.

That trip was marked by the abuse crisis. Marie Collins, a survivor and formerly a member of the Pontifical Commission for the Protection of Minors, lamented once again the lack of Vatican will to counter abuse. As prove, she pointed to the fact that the planned tribunal to judge negligent bishops was not set up.

Pope Francis said that Marie Collins “emphasizes an idea of the [2016 Motu Proprio] As a Loving Mother, in which it was said that to judge bishops, it would be good to set up a special tribunal. It was subsequently seen neither to be feasible nor suitable for the different cultures of the bishops who should be judged”.

So, Pope Francis said, “we are taking the recommendation of As a Loving Mother and setting up a jury for each bishop, but that is not the same thing. When a particular bishop has to be judged the Pope sets up a jury more capable of taking that case. It is something that works better, also because, it is not possible for a group of bishops to leave their dioceses… So the tribunals and the juries change. This is the way we have done things up to now.”

Pope Francis’ position was also present among the lines of his closing speech of the Synod on “Young People, Faith and Vocational Discernment.” After the approval of the final document, Pope Francis said: “We, the commission, have drawn up the document; we have studied it; we have approved it. Now the Spirit gives us the document so that it may work in our heart. We are the intended recipients of the document, not the people outside.”

In the end, no one can set aside the role of bishops, not even for a noble end like the need to counter the abuse crisis.

It is a theological issue, as explained by Cardinal Gehrard Mueller, prefect emeritus of the Congregation for the Doctrine of the Faith, in a recent interview in LifeSiteNews.

Cardinal Mueller said that “one has to make a strict distinction between the sexual crimes and their investigation by secular justice – in the eyes of which all citizens are equal (thus a separate lex [law] for the Catholic Church would constitute a contradiction to the modern, democratic state of law) – and those canonical procedures for clergymen in which the ecclesial authority determines the penalties for any misconduct that diametrically contradicts the priestly ethos.”

He then added that “the bishop has the canonical jurisdiction over each clergyman in his diocese, which is connected, in special cases, with the Congregation of the Faith in Rome, which acts in the authority of the Pope. If a bishop does not comply with his responsibility, then he can be held accountable by the Pope. The episcopal conferences can set up guidelines for prevention and for canonical prosecutions, both of which give the bishop in his own diocese a valuable instrument.”

Everything had pointed to the Holy See about to accept bishops to be judged by a pool of lay people. When Pope Francis was elected, a strong agenda for a major democratization of the Church was promoted. There was a broad expectation that the Pope was going to deconstruct the Church hierarchies. Five years after, despite some controversial doctrinal approaches, we can say that Pope Francis is very traditional, at least on the issue of authority.

Another reflection should be done. Archbishop Charles J. Scicluna is one of the members of the preparatory committee. He was recently appointed adjunct secretary to the Congregation for the Doctrine of the Faith, yet maintaining his position of Archbishop of Malta. He is an archetype of Pope Francis’ reform: a bishop, an anti-abuse champion, an expert that collaborates with the Curia, but still has a foot outside of it.

Cardinal Oswald Gracias is another member of the group. He represents Asia, and in particular India. Until now, the sex abuse crisis has been considered mostly a Western world issue, but in fact some cases are now emerging in Asia, and there will likely be others in Africa. Men are sinners. The presence of Cardinal Gracias will give voice to a part of the world with problems diverse from those of the West.

Cardinal Blaise Cupich, archbishop of Chicago, is the third member. It is evident that Cardinal Cupich is now Pope Francis’ reference point for the US Church. Cupich said controversial things, especially on homosexuality, and in general he gives the impression of a bishop not terribly strong from a theological point of view.

However, Cardinal Cupich is on Pope’s side and has been able to take actions in support of Rome. With Cardinal Cupich’s appointment to Chicago, Pope Francis started a transition within the ranks of the college of bishops in the US. The Pope wants the transition, as he has always had some misgivings about the way US bishops act.

No matter what his ideas may be, Cardinal Cupich was able to play it safe and take the “right” position, especially during the last US Bishops’ general assembly in Baltimore. CNA reported that Cardinal Cupich was the only one not surprised when Cardinal Daniel DiNardo said that the Holy See had asked US bishops to hold back on the adoption of new anti-abuse guidelines, and that Cupich was the first to advance a new proposal.

It is impossible to know whether Cardinal Cupich came prepared to meeting or not, whether he had worked or not on an alternative proposal behind the back of the Bishops’ conference. It is obvious that he knew the Holy See was perplexed and had doubts on the issue, in part because he is a member of the Congregation of Bishops that formally halted the US Bishops’ initiative.

It is noteworthy that the Center for the Protection of Minors sprung under Benedict XVI, and thanks to Benedict XVI’s impulse to the fight against the abuse of minors.

In the end, those who were waiting for a revolution will be disappointed. Pope Francis’ reform is above all about bishops, and there is no way to get rid of the notion of the “Church as hierarchical mother.” Collegiality is lived in the sense that bishops are called to act in collegiality with the Pope, and the February meeting is an example of that.

But it is the Pope who decides how to use collegiality. It has been years, for example, that Pope Francis does not convoke a consistory to discuss general issues. Since 2014, the only consistories that taken place have been for the creation of Cardinals.