Pope Francis Deconstructs the Narrative on His Pontificate Pope Francis: What is the Real Shape of His Reforms?

Pope Francis Carries on Reforms, But Real Revolution Is Continuity 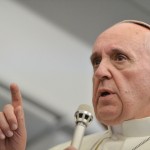 The Papal rescript that confirmed the reform of the canonical procedures for marriage annulments and harmonized the norms concerning local tribunals was published by the Holy See Press Office on December 11, together with an article that Msgr. Pio Vito Pinto, President of the Rota, drafted for L’Osservatore Romano. However, the rescript was published on-line at the vatican.va website on December 7, at the very moment it received the Pope’s signature (as the cache testifies). The astonishing fact is not the delayed publication on Vatican media, but that the rescript came out impromptu, as the Pontifical Council for Legislative Texts had not noticed it.

As the rescript was published, journalists called their sources within the Pontifical Council for Legislative Texts in order to understand the rationale behind the papal document. But the sources asked for more time in order to analyze better the text. Even Vatican Radio – generally a reliable source for understanding newly published texts –limited itself to publishing the rescript as it was, while waiting for further explanation. Msgr. Pinto’s article stressed in the summary that “despite resistance,” Pope Francis had reiterated that the motu proprio must be applied.

It might seem a mere detail, but it shows the way reforms are carried forward in this phase of Pope Francis’ pontificate: without the involvement of curial institutions, on the basis of the assumption that they want to block reforms, rather than promote them.

The last meeting of the Council of Cardinals – which took place in the Vatican from December 10–12 – was dominated by this very spirit. It was the last Council of Cardinals of the year, and the first one to occur after the new super-dicastery for Laity, Family and Life was announced during the Synod. Basically, nothing is yet known about this new dicastery. How will it absorb the Pontifical Councils for Family and Laity? How will the Pontifical Academy for Life will be incorporated into it?

There are similar open questions concerning the other Pope Francis’ reforms. The Secretariat for Communication’s headquarters is now where the Pontifical Council for Social Communication is: the former moved from their previous headquarters within Vatican Radio. Does this mean that the Secretariat will replace the Pontifical Council? The Prefecture for Economic Affairs is still alive, despite the establishment of the Secretariat for the Economy and the Council for the Economy, respectively called to take over the tasks of oversight and financial programming with which the Prefecture was entrusted after the 2012 reform. In the mean time, a new group to study the future of the Vatican economic issue has been established.

Is there really a Vatican that is resisting reform, as the summary of Msgr. Pio Vito Pinto’s article hinted? Any moment of renewal faces resistance. The impression is that real resistance is not coming from those who are advising about the possible lacunae in new documents and reforms which often surface suddenly, as evidenced by the latest rescript. The impression is that it is paradoxically those who are closest to the Pope who are trying to push him not to carry out certain reforms, those in particular that were begun in the previous pontificate. Those reforms, indeed, have faced much resistance.

Images of Benedict XVI waiting some steps behind Pope Francis for the opening of the Holy Door, and the passing through the door supported by Archbishop Georg Gaenswein, his personal secretary, shows what many did not want to see during these months. That is, the extraordinary importance of Benedict XVI in designing today’s Church.

Pope Francis is obviously very different from Benedict XVI. He has a Church in his mind, which he mainly nurtured in Latin America, and this Church is poor with the poor and with the least of Christ’s brethren. Pope Francis wants to enhance the importance of local Churches, as the December 7 rescript proves. With it Pope Francis revoked Pius XI’s motu proprio “Qua Cura”, which backed inter-diocesan matrimonial tribunals and withdrew from diocesan bishops the power to act on their own as judges in cases concerning declarations of nullity.

Pope Francis has indeed also developed the notion of a less worldly Church. This was also a key component of Benedict XVI’s pontificate, whose program was that the Church should return to God. Man’s relation with God had to be based on the reasonable truth of faith, according to Benedict XVI. Pope Francis prefers to emphasize the experience of mercy.

Despite this “philosophical” difference, the most important (and most attacked) of Pope Francis’ reforms are based on the work done by his predecessor. Benedict XVI started the path to financial transparency, and the fact that the Council of Europe’s anti-money laundering committee, MONEYVAL adopted the Holy See progress report showed that this path was correct.

Pope Francis made some modification to the path, mainly by establishing two new dicasteries. Both of them have been targeted by media, as well as those who within them who are carrying forward the reform.

External consultants were hired within the Vatican ranks under Benedict XVI’s pontificate as well, and it was not always a happy choice. This is the reason why there was already an orientation toward the choice of consultants coming from within. Pope Francis returned to this option. But the news media ignored these choices, or presented them in a negative way, as if Pope Francis had taken a step backwards.

Then there is the big reform of charitable organizations. Pope Francis has carried this forward. The reform of Vatican penal code, that Pope Francis signed and Benedict XVI prepared, strengthened Vatican City State’s juridical framework and the Holy See’s sovereignty. Benedict XVI began a big project to reform priestly education with a 2005 decree on access to seminaries. Pope Francis is carrying forward this reform his way. His real reform is that of changing the profile of bishops, as has been noticed.

Clearly, the way Pope Francis presents his work has made him a “Pop Pope”. Secular media are very much attracted by this model of disengaged Christianity, relevant as it is to social issues, but with little impact in the public sphere. Political institutions appreciate the concept of a poor Church for the poor because in the end they try to keep the Church away from major decision-making procedures, the same procedures that de facto generate social imbalances and unjust poverty.

However, when Pope Francis shows that he is carrying forward reforms and issues he inherited, or which form part of Church tradition, there is almost always the same reaction from the media: silence.

Pope Francis wants to be understood as the Pope who broke with the past, and this narrative can find support, although in many cases it is possible that the Pope is over interpreted. It happens, for example, when some of his off-script speeches are interpreted, though those speeches are certainly not carefully prepared, and so they can be revealing of a mood, but not of a real choice.

Even the efforts in interreligious dialogue are interpreted as a break up with the past, and this mostly comes from within the Church’s ranks. A clue is provided by the release of two important documents published last week to celebrate the 50th anniversary of Second Vatican Council’s document “Nostra Aetate” about relations with non-Christian religions.

On one side, there is the final declaration signed by 25 orthodox rabbis, titled: “Do the will of Our Father in Heaven: Toward Collaboration between Jews and Christians.” The rabbis wrote that they are “aware that, since the Second Vatican Council the official teaching of the Catholic Church has considerably and irrevocably changed relations with Judaism.” So, Jews acknowledge the Catholic Church’s commitment. Their words also prove that the dialogue is ongoing.

On the other side, there is the document entitled “Why God’s Gifts and Call Are Irrevocable,” taken from a verse from St. Paul’s epistle to the Romans. This document was drafted by the Commission for Religious Relations with Judaism, a part of the Pontifical Council for the Promotion of the Unity of Christians. It is not a magisterial, doctrinal document. However, it is shocking that – in the historical part of the document – so little attention is paid to Benedict XVI’s efforts to improve Jewish-Christian relations. Once again, Benedict XVI is treated like a parenthesis in history. No mention is given to the relations with the Jewish world that Benedict XVI also developed thanks to his meetings with the Community of Integrated Life. No mention is given to Benedict XVI’s visit to the concentration camp in Auschwitz. No mention is given to the fact that Benedict XVI visited two synagogues during his pontificate.

As the Jubilee for Mercy begins, these questions are food for thought. Is this Jubilee Pope Francis’ real reform”? From many points of view, however, this Jubilee is Pope Francis’ extreme effort to carry on a new evangelization project. Benedict XVI guessed the importance of this project.

Pope Francis carries forward his work of reform, and he puts a great deal of emphasis on it. So much emphasis that an open letter from a former member of the Curia to the German weekly “Focus” insisted that “today, it is popular to call for change. However, the Successor of Peter, in particular, has to remind himself and others that changes happen only slowly, and even more he has to remind them of those matters in which change does not happen at all. Do you really believe that the approval you receive from the opinion-makers in the realm of politics and of the media is a good sign?”

The real question is whether this reform must be shaped as a revolution, and whether there is an agenda behind Pope Francis’ back to carry forward this revolution. Wisely, Pope Francis is increasingly looking back to Benedict XVI’s pontificate. Because there is no reform without continuity.

3 Responses to Pope Francis Carries on Reforms, But Real Revolution Is Continuity