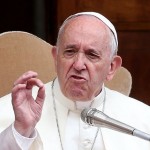 The draft of the Apostolic constitution Praedicate Evangelium has already been circulating. The new constitution will redesign Curia offices and its tasks. Many previews of this draft have been published. Among the previews, there is a noteworthy detail: among the functions of the Dicastery for Promoting Integral Human Development is the task to promote the sustainable development goals.

It is just a rumor, though spread by people who read the draft. If not accurate, it is at least being considered. The possibility of the inclusion of sustainable development goals in a Vatican document intended to redesign the Curia is food for a broader reflection.

The trend started when Pope Francis called for a reflection on environmental matters, at the beginning of the pontificate. Scientific meetings in the Vatican were full of United Nations rhetoric and newspeak. In 2015, Pope Francis issued the Laudato Si. In the encyclical “on the care for our common home,” the formula “sustainable development” appeared eight times, while “integral development” was mentioned just twice.

In September 2015, Pope Francis delivered a speech at the United Nations in New York. In that speech, he reiterated the formula “integral human development,” a formula that had almost disappeared from the statements that followed the publication of Laudato Si. Integral human development became a central issue again, so much so that Pope Francis named after it the dicastery designed to replace the Pontifical Council Justice and Peace as the Holy See’s social teaching outpost.

Despite its name, the rhetoric of sustainable development goals seized the dicastery again, and now it seems it will become one of the aims of the dicastery, perhaps even replacing the social teaching of the Church.

Why, in the end, is defending, promoting, and mentioning the sustainable development goals questionable?

First of all, the United Nations draft sustainable development goals run on a ten-year basis and bear secular issues, with no religious values. They also include an agenda for reproductive health rights, no more than a euphemism to advocate for a so-called “right” to abortion.

In the second place, because the Holy See’s goals have a longer term, advocate for the common good and are less bound to specific objectives.

It is noteworthy that it is no longer a time when the Holy See can anticipate the world agenda as it used to. This was the case, for example, in 1975, when the Holy See was able to include in the Helsinki declaration the right to religious freedom. Now, the Holy See seems to follow the United Nations agenda.

The Holy See does not even fully agree with the UN agenda, as proved by the many Holy See interpretative notes annexed to the comments during the negotiations of treaties which also include the mention to sustainable development goals.

The Holy See has seemingly withdrawn the formula “integral human development” which characterized its diplomacy over the last 50 years.

The notion of “integral human development” is already present in the St. John XXIII’s encyclicals Mater et Magistra and Pacem In Terris, and also in the Second Vatican Council’s constitution Gaudium et Spes.

The notion has profound anthropological and theological roots. It is designed as an organizational principle that helps the Church to profess the Christian faith while intervening in the issues of development critically and constructively.

Paul VI made integral human development a pillar of his 1967 encyclical Populorum Progressio. Ever since, that formula has been used to go beyond the general notion of development, which is merely economic and materialistic.

Not only did the Holy See defend and develop the notion. It also advocated for it in the international arena. In 1986, the preamble of the Declaration of the General Assembly on the right to development included the notion of the “integral development” of the human being.

A little more than 30 years after, the Holy See patrimony of values is not anymore a guideline for the community of nations. On the contrary, the Holy See principles are just part of a group of broader principles. The Holy See is now a follower on crucial issues, while before it was a leader.

This is the State of the current debate. Pope Francis has many times reiterated the importance of integral human development. However, as if he wanted to entertain a dialogue with the United Nations or to look for accepted international standards, the Pope has increasingly referred to the sustainable development goals.

There is a theological issue, however: a Curia reform understudy for six years includes the promotion of sustainable development goals and is not able to promote new goals with a real Christian matrix.

The Church lacks prophecy. So, the previews of the Curia reform show a Church deprived of men, ideas, and themes. It is not comforting.