Pope Francis, do the anti-abuse criteria say something about the overall reform? 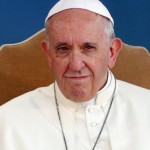 With the new motu proprio Vos estis Lux Mundi, Pope Francis has clarified the procedures of reporting cases of abuse, establishing clear rules for the procedures to follow and including every kind of abuse, even the possible reporting on matters of omissions and mishandling by bishops.

Archbishop Charles J. Scicluna, adjunct secretary of the Congregation for the Doctrine of the Faith, said that this is “a change of an era” because now it is clearly stated that “no one is above the law”.

The same Archbishop Scicluna, talking to journalists on May 9 in the Holy See Press Office, underscored that the motu proprio establishes a procedural law. He made it clear that the Church is not at ground zero in the fight against abuse.

The new provisions are just a set up of norms. There was a need to make the law more compelling and reporting more effective. The motu proprio also asks all the dioceses to establish an office to gather reports of abuse. This way, hearing the victims has become a legally binding requirement.

The Holy See merely turned into law a best practice. In 2011, the Congregation for the Doctrine of the Faith sent a letter to the Conference of Bishops of every country, asking them to establish guidelines to counter abuse. Following that letter, some dioceses set up reporting offices. Now, this best practice is extended to the universal Church.

These are just procedural points.

The motu proprio has one item that reveals Pope Francis’ modus operandi, not only in countering sex abuse by clergy.

That the metropolitan archbishop conducts the preliminary investigation must not be underestimated.

This decision mirrors other decisions by Pope Francis. For example, the first judge in abbreviated processes of matrimonial nullity is the local bishop; and bishops’ conferences were given more autonomy in deciding about translations and adaptations of the Roman Missal.

In the end, Pope Francis aims at giving more power to bishops. It is no surprise: Evangelii Gaudium, the apostolic exhortation that also works as a guideline for the pontificate, already foresaw this.

The issue is gaining importance. Even the new apostolic constitution Praedicate Evangelium (Preach the Gospel) that will regulate functions and tasks of the Curia offices, will stress that the Curia at the service of the pope and the bishops, as Cardinal Pietro Parolin, Vatican Secretary of State, disclosed.

What are the reasons behind this choice? It is reasonable to infer some objectives.

First of all, Pope Francis wants to increase the responsibility of the local bishops. As co-responsible, local bishops might improve their collaboration with Rome. The rationale is that the periphery must be brought closer to the center.

In the second place, the Pope is convinced that local bishops are the first to understand their territory. Both in cases of abuse reported and of matrimonial nullity, the Pope trusts that the local bishops can speed up the investigation and get to a specific decision.

Finally, Pope Francis aims at fighting the sense of abandonment some local dioceses are experiencing. The Pope himself, when he was archbishop of Buenos Aires, felt he was not understood by Rome.

As usual, these decisions have some counterbalances.

Initially, the issue of abuse was supposed to be solved at the local level, and the competence was given to the Congregation for the clergy.

However, the vast number of cases disclosed in recent years showed that cases were not reported to Rome, but handled locally. Rome could not act in these cases.

Will it be the same now?

In addition, without central coordination, the Church would lose her universal character. Universal means that the Church has a deposit of faith that is always valid, in any time and everywhere. If every bishops’ conference interprets norms and doctrine their own way, the Catholic Church becomes no more than a group of local Churches.

Pope Francis the legislator is seemingly aware of this, and the new norms always have some antidote to a possible decentralizing drift.

Amoris Laetitia speaks about discernment, but in the end keeps the Church’s doctrinal framework; the motu proprio Magnum Principium decentralizes the competencies for the translations and the adaptations of the missal, but then gives the Apostolic See the task of confirming every adjustment; and the motu proprio Vos Estis Lux Mundi established that the Metropolitan archbishops are the first investigators of abuse cases, but they need the investigation assigned to them by the Holy See.

Pope Francis’ reform is then a significant reform carried forward by trial and error, with the attempt to find a balance between the push for synodality and the necessary central coordination. Pope Francis himself made these decisions, and often the Curia reform decisions were announced before the meetings of the Council of Cardinals, it was actually established to assist the Pope with the Curia reform.

However, both the Curia reform and the reform on the reporting on abuse are procedural reforms. They lack a robust theological framework.

In his recently published notes on the abuse issue, Pope Emeritus Benedict XVI said he worked to place the competences on abuse under the Congregation for the Doctrine of the Faith by framing the crime of abuse as an attack against the faith.

Ratzinger’s was a remarkable political decision: it declared that the real issue was lack of faith. In the end, an abuser priest is a priest with no faith.

Pope Francis is mostly working on procedures, but he is not going to address the substantive issues. His reforms might help the Church’s credibility, but will not provoke a profound conversion in people.

In the end, this pontificate has still a missionary challenge to meet. This is the most difficult one. Even though Pope Francis arouse sympathies, for the first time last year the number of priests worldwide diminished.

The missionary challenge will not be met by establishing a super dicastery on evangelization, ranked above the Congregation for the Doctrine of the Faith, as it is foreseen in the drafts of the Curia reform.

In the end, the real issue is not decentralization, even if it can help in some cases. The real question is to bring faith back to the center.