Pope Francis, is it real transparency? Pope Francis and the Vatican plots 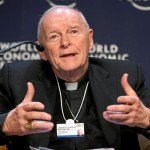 The publication of the McCarrick Report could not be more untimely. The 461-page report documenting evaluation mistakes, superficialities, and major flaws in selecting bishops came out the day after a documentary critical of Cardinal Dziwisz was broadcast in Poland. The documentary attacked Dziwisz for allegedly covering up abuse. On the morning of Nov. 10, when the McCarrick report was published, another report made the news in the UK, targeting Cardinal Vincent Nichols, Archbishop of Westminster, for mishandling abuse cases in the past. On the evening of Nov. 10, in France, the trial against Archbishop Luigi Ventura, papal nuncio, began: Ventura is charged with sexual assault.

In the end, the McCarrick report is just one item within a broader framework. It seems inevitable that other allegations will come, one after the other, since the attacks against the Church on the abuse issue have not certainly ended yet.

Without falling into conspiracy theories, it seems evident that there is some maneuvering taking place to spread a negative idea of the Church in public opinion. If pondered emotionally, the abuse cases, with all their baggage of cover-ups and negligence, are the best way to exert pressure against the Church. It happened in 2010, the annus horribilis of the Church for the abuse crisis. It can happen now again.

The similarities are mostly about the attacks levied against the Church. They are allegations of abuse and cover-ups, often anonymous, referring to events that took place many years ago. The cases of cardinals Philippe Barbarin and George Pell found themselves trapped in this scheme – they were cleared from any allegation.

The target now seems to be Cardinal Stanislaw Dziwisz and through him John Paul II. It appears as the systematic destruction of John Paul II’s s pontificate. Before that, even Pope Francis faced some issues on abuse cases, with the Chilean case. In the beginning, the Pope ignored the reports, then he sent a special envoy to Chile, he twice summoned the Chilean bishops to Rome, and all of them resigned.

Even Pope Francis might find himself involved in some old cases. Some say that, as Archbishop of Buenos Aires, he did not handle an abuse case properly – John Allen spoke about that. Beyond that, Archbishop Gustavo Zanchetta, whom the Pope appointed assessor of the Administration of the Patrimony of the Apostolic See, is now involved in a trial in Argentina. There have been abuse allegations against close Pope Francis’  collaborators, too.

The McCarrick report is a clue of that. The report is born out of the need to reject the story that Pope Francis had initially supported McCarrick and ignored the sanctions (it is more proper to say, recommendations) against him. However, the McCarrick report raises more questions than answers.

The report is vague on the conversation between Archbishop Viganò and Pope Francis on McCarrick, saying that there is no evidence of the talk. True, since it was not an official talk, and there are no documents that report on what the conversations were about. So, why mention it in the report, then?

The report refers to several interviews, but there are only quotes from the talks in the text. At the same time, there is no full transcript of the interviews at the end of the report, making it impossible to understand the context and the questions that led to those answers.

In the end, the report is seemingly trying to point fingers at the past, not to tackle the present. Was past history that bad?

Yes and no. There have been mistakes and numerous scandals in the way the abuses have been handled. This must not be underestimated. On the other hand, we must know that the process for choosing the bishops is a consultative process based on the full good faith of the people involved and on their skills to ponder and analyze reports. It is not always an easy task. In McCarrick’s case, it was an arduous task.

McCarrick universally enjoyed great esteem and was widely praised for his fundraising skills. There were rumors on him, but they never led to formal allegations. Also, the rumors were about relations with young adults, not children.

A McCarrick promotion was however stopped three times. McCarrick did not make it as archbishop of Chicago, New York, and – at least initially – Washington. The latest advancement was temporarily halted by a letter from Cardinal O’Connor. Then the archbishop of New York, O’Connor noted that, given the rumors, appointing McCarrick to Washington might bear some risk.

This story shows that the system of reporting worked. McCarrick, on the other hand, had solid information from within the Vatican. He learned about the rumors about him and wrote directly to Dziwisz, then the pope’s secretary, swearing that he never did anything improper or imprudent.

McCarrick’s protestations are deemed plausible. The reason lies in the anti-Church climate endured at the time. A few years (not so many) earlier, Cardinal Joseph Bernardin of Chicago was unjustly accused of abuse, and prejudice against him persisted until the allegations were dropped. In addition to that, we must remember that John Paul II came from Poland. The Communists used to attack the Church on sexuality issues to undermine her authority. So, John Paul II can conceive the possibility of an unjust attack, and for this reason, he abstained from censuring McCarrick.

Choosing to believe McCarrick, and thus to include him in the shortlist of the candidates for the position of archbishop of Washington, is based on a twofold rationale: the need to believe that a sinner can be redeemed, and the need to protect the Church from scandals when it is not necessary.

According to a general saying, the Church was protected from scandals as long as the bishops covered them up. This is not correct.

In covering up, underestimating, or not considering the abuse allegations, the bishops were not supporting the institution of the Church —they mostly helped themselves. Preoccupied with the standing of their own positions, bishops often decided not to report abuses to Rome, thus acting wrongly. When John Paul II, following the US abuse scandals, decided that every report on delicta graviora had to be referred to the Congregation for the Doctrine of the Faith, he did it to prevent any possible cover up. It is a centralization to confront the issue, not to hide the problem.

John Paul II made the Congregation for the Doctrine of the Faith responsible for collecting the abuse reports to underscore the abusers are sinners, and that homosexual relations are a sin. Yet, the McCarrick report seems to tacitly accept that a bishop might entertain some improper relations with the seminarians since this is not a crime. Yes, not a crime, but it is a sin and immoral conduct. And when there is no awareness of the evil, it is dangerous for the Church.

And still, the report does not focus on chastising McCarrick for his behavior. Instead it seems to be seeking a scapegoat, without considering the possible consequences for the Church.

As much as the McCarrick report is a praiseworthy and significant effort, it could also weaken the Church. Everybody is compelled to defend themselves because there is no longer an institution protecting them, but an institution that exposes them. It is essential, then, to find a balance between accountability and protection of the Church.

So, there is a substantial difference between 2010 and 2020. Nowadays, the Church accuses herself, justly or unjustly, according to the cases. The Church seemingly has a sort of reverential fear for the media system, and public opinion is more important than the truth. In the end, the McCarrick report is issued in a season with way too many investigations and trials, which led to public confrontations among Churchmen. As if the Church were collaborating with the destruction of the Holy See.