Pope Francis, why Cardinal Pell’s case matters for all the Church Cardinal Etchegaray has passed away, marking the end of a Vatican universe 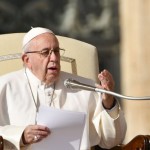 Benedict XVI himself has wanted to address some of the issues raised after the publication of his essay on the abuse crisis. He thus wrote a short letter to answer a commentary by professor Aschmann. Both the commentary and Benedict XVI’s response were published in Herder Korrespondenz.

Benedict XVI wrote: “It seems to me that Mrs. Aschmann never mentions the word ”God” in her four-page article, while I put God at the center of the issue.”

Benedict XVI also underscored that “the majority of reactions to my essay do not touch the issue of God, and so what I wanted to emphasize as the key issue is not addressed.”

Once again, Benedict XVI nailed the main issue and at the same time showed one of the limits of the current debate. His extended essay on the abuse crisis was not about the 1968 sexual revolution and was not meant to be a sociological analysis. It was a profound reflection on the reasons behind the crisis and on how it began.

The various reactions to Benedict’s text showed the tenure of the debate, which also has an impact on Pope Francis’ pontificate. If a pontificate that aims to be missionary is reduced to a fight against clericalism, ecological issues, and the migration crisis, there is a real problem.

It is striking that the discussion stayed away from the crisis of theology, the central topic of Benedict XVI’s essay. Theology, and in particular moral theology, was not prepared to face the new challenges that followed the 1968 cultural revolution.

John Paul II and Benedict XVI worked to put God again at the center of the discussion. They were not understood.

The encyclical Veritatis Splendor and the Compendium of the Catechism of the Catholic Church, both published in 1993, were intended as tools to put the truth of faith at the center. Benedict’s decision to focus his pontificate on the topic of truth and to publish his books on Jesus of Nazareth —that reiterated the historical truth of the Gospels— were a natural consequence of that effort.

The question of God has disappeared from the debate. There are other issues on stage, like the preferential option for the poor and the social commitment of the Church.

Pope Francis himself, however, often admonished that the Church risks becoming no more than a merciful NGO. Benedict XVI stressed it many times, especially during his last trip to Germany in 2011, when he noted that the Church could be wealthy and at the same time could lose sight of God.

Nowadays, in view of the Special Synod on the Panamazonian region, there is theology coming from Germany that focuses on social issues. It is a theology with a political perspective and without the question of God.

Even the longstanding missionary Piero Gheddo raised, in 2014, the issue of the absence of God from the formation of priests, from the debate, from thought. Fr. Gheddo was commenting on the shut down of one of the most influential magazines on missions. He stressed that the crisis of mission was a consequence of the fact that missions had become mere social agencies rather than tools for evangelization, and that Christ was out of the debate.

This is how the latest Benedict XVI’s text nails the issue. Benedict XVI concludes with a straightforward statement: “Arschman’s contribution, as many of the reactions I got to know about, fails in grasping the central point of my argument. This fact shows how grave is the situation, since the word ”God” seems to be marginalized from theology.”

This is the central issue. The rest is just secondary.