Pope Francis and the University Visit that Benedict XVI Did Not Make Pope Francis, Amoris Laetitia and Curia Reform

Pope Francis, Fatima and the World Order without God 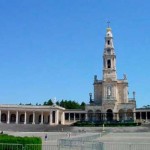 Cardinal Angelo Bagnasco, the Archbishop of Genoa, strongly addressed the issue many times: there is a plot to build a world order without God. The outgoing President of the Italian Bishops’ Conference, Bagnasco said this in his capacity as President of the Council of the European Bishops’ Conferences. In this way, he focused attention on a topic generally overshadowed in public opinion.

However, the topic is one of the most important. Beyond the discussions of legalized abortion, in-vitro fertilization, and surrogate motherhood – all issues that deeply undermine the human being – it is important to understand where this campaign comes from and where it leads, because this campaign is tirelessly promoted by the media, and subtly advanced through laws, government decrees and reports. Last week Norma McCorvey died. She was the “Roe” of the “Roe vs. Wade” law case that led to legalized abortion in the United States. Her death once more shed light on the campaign of lies that is often used to support the issue. McCorvey herself later countered the campaign, and asked for the reversal of the judgment in the trial. In vain.

What are the deeper problems? Where was this “world order without God” born? What is its aim? A first, partial response can be glimpsed from the Annual Report on the Social Teaching of the Church in the World drafted by Van Thuan Observatory. The 8th edition of the Report, recently released, focused on a topic that Pope Francis cares much about, as does much of the Catholic world: migration.

The Church is strongly committed to migrants. Earlier there was an entire dicastery –  the Pontifical Council for Migrants – dedicated to the cause; now within the Dicastery for Integral Human Development there is an entire department dedicated to this issue under Pope Francis’s direct responsibility, and last week the Pope met with the Forum for Migration managed by Scalabrini Fathers.

However, the Van Thuan Observatory Report provides a different point of view. In his paper, Stefano Fontana, Director of the Observatory, explodes some myths, for example, that immigration brings economic benefits. “The expenses to welcome a migrant – he writes – are more than the economic benefit that the migrant can give to the country that welcomes him.” More, “the commonplace that migrants help to pay off the pension system of a country where the population of workers is getting thinner than the retired population is false.” Nor it is true that migrants help to solve the issue of the “empty cradle” because “a migrant does not replace an absent newborn child.”

Other myths to explode: it is not true that “only poor people who would otherwise die of hunger come to Europe,” because “data demonstrate that often those who left are wealthy enough people who wish to improve their situation and not only to survive”, as “the human traffickers’ tariffs are not accessible to just anyone.”

According to Fontana, the cause of migration is “above all geopolitical,” and is strictly connected with the anti-birth policies of big international organizations. “For decades” – Fontana writes – “there has been a strong commitment of bodies and international organizations, of governments, and of big US foundations to discourage family and procreation, to promote abortion and contraception, to value individualistic and sterile lifestyles.”

All of these phenomenon are documented. “If then someone” – he concluded – “maintains that migrations are caused by a need to fill the Western demographic gap, he must know that this demographic gap was perhaps desired with the goal of artificially producing a need for migrations.”

These migrations generate further problems, as integration is “difficult or impossible” because of “the cultural emptiness of the host Western countries. Their lack of identity, which collapsed under the pressure of secularization and nihilist individualism, makes sure that they have nothing to oppose or propose to the new arrivals.”

Fontana sees in the making a “sort of new Kantian project for a perpetual peace, or something that gets closes to the Freemasonic and Gnostic goals of a universal religion to put an end to religious and cultural conflicts, unifying everything in a super-culture and a super-religion of humanity.”

It is probably not by chance that a Masonic rite was allowed in the Anglican Cathedral of Canterbury by the Anglican Archbishop, Justin Welby, on the same day that Cardinal Vincent Nichols consecrated England and Wales to the Immaculate Heart of Mary in the Catholic Cathedral of Westminster. The consecration took place on the 100th anniversary of the first of the Fatima apparitions, February 17, in front of a statue of the Virgin Mary of Fatima that was crowned before 4,000 of the faithful.

No, it certainly did not happen by chance. In order to obtain permission to use the Canterbury Cathedral for the Masonic service that celebrated the 300th anniversary of the Great Lodge of London, the Lodge paid 300,000 British pounds which Archbishop Welby said he accepted because the Church needed some restoration. Certainly, the symbolism behind this choice is huge.

Canterbury is currently the primatial Anglican Church in England, but before it was the “mother church” of England at the time of the first evangelization of the Saxons, that is, from 597 – when the monk, St. Augustine of Canterbury, was sent on a mission to England by Pope St. Gregory the Great – until 1558, when the last Catholic metropolitan archbishop died. St. Thomas Becket is buried in Canterbury. However, the Masonic celebration was also criticized by the Anglican Communion.

Freemasons acted against Fatima. The “Lady” asked the three little seers to go to the Cova da Iria on August 13, 1917, to meet her for the fourth time - Italian journalist Maurizio Blondet reported. They could not go because Artur Oliveira Santos, Mayor of Vila Nova de Ourem, got to them with the excuse of accompanying them, kidnapped them, imprisoned them, terrorized and psychologically tortured them and ordered them, with horrible threat, to tell him “the secret” the Virgin had told them. Santos was a Freemason, a member of the Leiria Lodge, who then founded another lodge in Vila Nova de Ourem. The lodge of Santarem, close to Fatima, became the gathering and organizational point of activists that staged militant atheist actions against the apparitions and the faithful who arrived by the thousands. In September 1917, strong men from the two lodges destroyed the small temple the faithful had built on the place of the apparitions.

The Lady also asked for the consecration of Russia to her Immaculate Heart, which did not take place. Pope Pius XII made the consecration on behalf of the peoples of Russia in 1952, though in an incomplete way, without requiring the bishops from all over the world to join the consecration, and without the solemn act of reparation, requirements made by the Virgin.

Already in 1931, Sr. Lucia, the only surviving seer, told her bishop that she received this message from Christ: “Let my ministers know, that they are following the King of France’s example in delaying the fulfilment of my request, and that they will follow him in disgrace. It will never be too late to make recourse to Jesus and Mary.”

The message hinted at Louis XIV. The seer, St. Marie Marguerite Alacoque, who received the vision of the Sacred Heart of Jesus, asked the King in 1668 to put the symbol of the Sacred Heart on the royal banners. Louis XIV did not do so. As predicted, his dynasty ended with his execution by the guillotine.

What is striking in this is that dark forces are always obliged at one point or another to set their gaze on God. In 1871, after defeat in the Franco-Prussian war, the Republican French National Assembly – a great number of which were Freemasons – decided to build a church consecrated to the Sacred Heart overlooking Paris, and they did so. In more recent times, the flag of Europe is inspired by the miraculous medal of Mary, the 12 stars on the flag represent the 12 stars of Mary. There are never more or less than 12 stars, no matter the number of member States.

Recently, Catholic and Orthodox bishops met in Paris, and their declarations and acts certified once more the Christianity of Europe. As European laws aim constantly more at the eradication of religion from public life – look, for example, at the radical ‘cut’ of religion teachers in Belgium, a nation which is a workshop for European laws and an incubator for Western culture – the Christian world continues to hope.

England asked for Mary’s protection, while everywhere in Europe the pro-life and pro-family movement is growing, as is shown by the pro-family demonstrations in France and Italy, by the referendum to reaffirm the family in the constitutions of Slovakia, Slovenia and Croatia, by the activism to banish the liberal abortion law in Poland, and by the Hungarian constitution that claims its nation’s Christian roots.

Hungary is the State that more than any other is opposing this design for a “genetic mutation” of Europe, and it has put in place a cautious policy concerning migrants. The same Hungary finds itself ever more the target of international lobbies, with a media campaign that aims to discredit the country. The campaign takes place despite the fact that Hungary is the only State in Europe that has set up an ad hoc department to tackle the issue of persecuted Christians, and to counter it.

These are the hot topics in 2017. One can bet they will be recurrent. Much attention is focused on what Pope Francis will say and do in Fatima during the upcoming May 12-13 papal visit, the only trip of the year already confirmed. When Pope Benedict XVI went to Fatima in 2010 he put the Church – stricken by the pedophilia scandal – in a state of penance in order to prepare a new beginning. Now with a Pope very strong on dialoguing with the Church’s opponents, it is probably finally the moment to begin a “Catholic Renaissance” in order to counter the world order without God. This Renaissance can begin from Fatima.