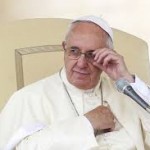 For the first time in these two years of his pontificate, Pope Francis has made two “Vatican style” appointments. Cardinal Giuseppe Versaldi’s appointment as Prefect of the Congregation for Catholic Education, along with the inclusion of Cardinal Rainer Maria Woelki among the members of the APSA (Administration of the Patrimony of the Apostolic See) – both announced on March 31 – signal the Pope’s recognition of his need to re-balance his “governing team.” At the same time, the two appointments prove that Pope Francis is switching his focus toward the more conservative, curial wing – a wing that just some months ago was not being taken into consideration.

Cardinal Versaldi’s appointment as Prefect of the Congregation for the Catholic Education offers with it many sub-texts, to be understood. When the establishment of the Secretariat of the Economy was decided – on the margins of Pope Francis’ first consistory – Cardinal Versaldi was observed standing around the corridors dumbfounded during the new Cardinals’ courtesy visits. He was worried that as Prefect for Economic Affairs he was losing competences and was headed toward an uncertain end. What would happen to him? What was he going to do? Would Pope Francis send him away from Rome as bishop in an Italian diocese?

Observers for the most part gave credit to this latter option. Insiders also noted that Cardinal Versaldi was one of Cardinal Tarcisio Bertone’s men, and that Cardinal Bertone was one of Benedict XVI’s men, his Secretary of State, and that he remained so during Pope Francis’ first months. Despite his loyalty to Benedict XVI – or perhaps because of it – Cardinal Bertone had been the privileged target of every media campaign orchestrated against Benedict XVI’s pontificate, and following the Pope’s resignation, the victim of media campaigns decrying curial dysfunction.

After Pope Francis’ election, everyone waited – and hoped – for him to put a spoils system in place against the Curia that Cardinal Bertone had fashioned. However, this spoils system did not take hold. True, the diplomatic wing, led by Cardinal Angelo Sodano, Dean of the College of Cardinals and Cardinal Bertone’s predecessor as Secretary of State – gained new importance and influence. But the re-organization of Vatican dicasteries is proving in the end to be a mere reshuffle and nothing more.

Cardinal Mauro Piacenza, transferred to the Apostolic Penitentiary from the powerful Congregation for the Clergy, has held on to the presidency of the Pontifical Foundation “Aid to the Church in Need”, a crucial body that assists Catholic missions and Christians in difficult foreign countries. Cardinal Pietro Parolin, whom Pope Francis appointed Secretary of State, comes from the old diplomatic school, but also served in the Cardinal Bertone’s Secretariat of State. And Cardinal Bertone left his post not because the Pope got rid of him, but because of his age – he was almost 80, way beyond the age of retirement, set at 75. The fact that Pope Francis does not dislike Cardinal Bertone can be deduced from the fact that the Emeritus Secretary of State is still a member of the Congregation for the Evangelization of Peoples. The head of that Congregation is Cardinal Fernando Filoni, whom Cardinal Bertone chose as his deputy in the Secretariat of State and then backed as prefect. Cardinal Filoni was appointed special papal envoy to Iraq in August, and he also spent Holy Week there in order to bring papal support to persecuted Christians.

In the end, the much vaunted “Pope Francis Revolution” has turned into a modest reshuffle of top posts and into the establishment of a parallel Curia that is step by step replacing the old structures.

As the Prefecture for the Economic Affairs was going to be suppressed, Cardinal Versaldi had to be positioned in a new place. Where?

In Vatican corridors, it is rumored that Cardinal Versaldi has had some misunderstanding with Cardinal George Pell, Prefect of the Secretariat for the Economy, because of a clash of competences between the two bodies and a different view of how financial reform should be carried out.

These discussions were part of a wider internal debate, and this debate resulted in the leak of confidential information to the Italian magazine “L’Espresso.” The leak revealed no big news as such, but it sounded like a shot across the bow of Cardinal Pell. Some internal observers noticed that the leaked information could have come from the ranks of the Prefecture for Economic Affairs or from any of the Vatican financial institutions connected with it. The leaks prove that the Vatileaks period has not come to an end. It can begin again at any moment.

Pope Francis responded to the risk of a new Vatileaks with a classical “promoveatur ut amoveatur” – to promote in order to remove. The Pope promoted Cardinal Versaldi, who previously was president of a Prefecture and now is prefect of a Congregation. With that promotion, the Pope also showed that curial reform is still far off. Cardinal Versaldi’s appointment freezes any changes to the Congregation for Catholic Education for at least four years – the Cardinal will reach the retirement age then. Some proposals for curial reform that have been floated up till now had suggested the establishment of a super-dicastery that would comprise the Congregation for Catholic Education and the three Pontifical Councils for Culture, Social Communication and Promotion of the New Evangelization.

But the Pontifical Council for the Promotion of the New Evangelization has a new life, too. Pope Francis entrusted it with the organization of the upcoming Extraordinary Holy Year of Mercy, and Archbishop Rino Fisichella, the president of the dicastery, has already made it known that there will be no Preparation Committee for the Jubilee, since the Pontifical Council will take over every part of the organization.

At the same time, everyone’s eyes have been focused on Vatican economic reform. Even there, in fact, the big revolution did not take place; Pope Francis simply continued what Benedict XVI had started. The Prefecture for Economic Affairs will be suppressed in May, since its competences were taken over by the Secretariat for the Economy and the Council for the Economy. The Secretariat for the Economy has been entrusted with oversight and budget projections, including those of the Vatican City State administration. The Council for the Economy has been entrusted with tasks of financial planning and oversight, previously assigned to the Prefecture for the Economic Affairs with its March 2012 regulation reform. That reform made the Prefecture a modern “Ministry of Finance.”

The Administration of the Patrimony of the Apostolic See (namely the APSA) is the third pole of the Vatican economy. It was slightly remodeled under Pope Francis. It first served as a kind of central organ of the Holy See, but is now being fashioned into a sort of central bank – this is the reason that the original tasks of the ordinary section have been transferred into the Secretariat for the Economy, while the ordinary section is now taking care of relations with central banks.

Cardinal Rainer Maria Woelki of Cologne has been appointed as a member of APSA. Cardinal Woelki comes from the influential and rich German Church, and is an exponent of a theological wing quite distant from that pursued by Cardinal Walter Kasper, and even further than that of Cardinal Reinhard Marx of Munich and Freising. This latter is President of the German Bishops Conference, a Member of the Council of Cardinals and Coordinator of the Council for the Economy.

Now Cardinal Woelki is member of an important Vatican dicastery, called there to balance Cardinal Marx’s positions. The appointment may also show that Marx’s push toward reform has come to an end.

And perhaps it is not by chance that the fiscal agreement the Vatican had signed with Italy – the first ever signed by the Holy See – has been presented as a sort of revolution toward more financial transparency. In fact, the agreement merely represents a (not needed) facilitation in the exchange of fiscal information between the Holy See and Italy. Italy will be able to require information on that status of bank accounts and money transfers by Vatican employees who hold an account in the IOR, and the Holy See will communicate this information by means of a simplified procedure. This is, however, no more than a development of the cooperation that has always existed between the Holy See and Italy. In fact, Vatican sources maintained that the way this latter agreement was conceived was not good, not least in the manner it was written. This is the reason Vatican officials hurried to stress that the agreement preserved the Holy See’s sovereignty.