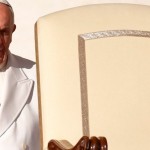 Pope Francis has noted the need for a cultural revolution in his Apostolic Constitution Veritatis Gaudium, that redesigned tasks and structures of the ecclesiastical universities. This revolution must be put into effect according to four criteria; and one main goal: that of building “leadership that provide direction.”

The four criteria presented by Pope Francis are: the contemplation of the mystery, wide open dialogue, plurality of knowledge, and networking. These are the criteria of modern universities, and they are part of a shift in mentality begun with St. John Paul II and carried forward by Benedict XVI. Pope Francis is now completing this shift in light of his notions of “outward-looking Church” and “culture of the encounter”.

The path is then clear, and it is somehow mirrored in the Curia reform. The dicasteries for Promoting Integral Human Development; and Laity, Family and Life; were established to foster more interdisciplinary approaches.  A big part of the discussions about the new dicasteries was, in the end, about their structures: the new dicasteries were not to become offices which bore the name of the old dicasteries merged, but needed to have multidisciplinary offices that combined different competences into a balanced view.

Even the new chair Gaudium et Spes within the recently reformed Pontifical Institute John Paul II for Studies on Marriage and Family. The chair is the first attempt to get into dialogue with the world, combining life and family issues with social issues like peoples’ development and justice.

This new approach was foreseen by Benedict XVI in his encyclical “Caritas in Veritate”, that not by chance linked the three big Bl. Paul VI’s encyclicals: Humanae Vitae, Populorum Progressio and Evangelii Nuntiandi. That is, the proclamation of the Gospel was so strictly connected to peoples’ development that it could not take place if there was no clear awareness of God’s project for man in life and family issues.

This link is at the basis of the Bl. Paul VI’s reform, that included a big project for the reform of charity and a commitment for justice and peace. This reform was part of a wider Curia reform, and was also at the basis of the St. John Paul II’s reforms that followed: the Polish Pope reaffirmed the truths of the Gospel bringing the Church to the third millennium, albeit through rough seas. Benedict XVI helped to give these ideas a concrete shape, thanks to his theological expertise. Pope Francis is jumping in with his missionary spirit and his notion of the outbound Church.

The discussion around Pope Francis and his pontificate does not seem to acknowledge  this process of change. There are many reasons why.

First, because this pontificate is backed by a media agenda with no middle grounds: no criticism or observation can be raised without being labeled as pro or against Pope Francis. So, no debate on Pope Francis’ words can be really conducted. In general, there is the attempt to force the Pope’s thought into a narrative which cannot be escaped. Any of Pope Francis’ declarations must be an “opening” toward a “change”, and must be in opposition to purported former traditionalism and rigidity. This pontificate is more complex than the progressives vs. conservative narrative developed, though.

Secondly, the narrative built around the pontificate is a terribly 70s narrative. After the Second Vatican Council, the debate focused on details rather than on the global scenario. The “legalistic” approach was set aside, and this led to excesses that even theorized that Canon Law was useless – as Benedict XVI noted it in his letter to Irish Catholics. On the other extreme, the approach went as far as proposing doctrinal reforms on the basis of particular cases.

The debate on the use of the contraceptive pill that emerged around the Humanae Vitae publication shows clearly that everything was reduced to a simplistic question: contraception yes or no. The same discussion revealed a certain media pressure for the Church to show some appreciation for artificial contraception.

As Pope Francis recognized, Bl. Paul VI was courageous. He did not accept a perspective based on casuistry, He preferred to look at God’s design from a more global perspective. After the publication of Humanae Vitae, Bl. Paul VI was strongly criticized. There is the impression that the late Pope did not publish encyclicals anymore because he did not want to reduce the discussion to particular situations.

After the Bl. Paul VI, even St. John Paul II and Benedict XVI rejected an approach to doctrine based on casuistry. Pastoral concern has always remained connected to the truth and the need to proclaim the truth. The same Cardinal Joseph Ratzinger once lamented, during the 1980s, that any time he went back to Germany and granted an interview, the interviewer was going to focus on a particular issue like sexual morality, contraception or abortion.

The cultural work operated between the 80s and 90s and beyond set a new tune in the discussion within the Church. The aim was that of making a Church more present in society, able to proclaim with strength the truth of faith without focusing on particular cases. The mission succeeded, considering that the writer Vittorio Messori, celebrating Benedict XVI’s 80th birthday, underscored the distinction between progressives and conservatives was out of fashion.

It was 2007. Now, the distinction is back in fashion, as it can be seen in the discussion around the 50th anniversary of Humanae Vitae. A lesson by Fr. Maurizio Chiodi sparked controversy: the new member of the Pontifical Academy for Life stressed that artificial contraception was possible in some circumstances, in light of what Amoris Laetitia states. However, Fr. Chiodi’s remarks showed the limits of the discussion: the rationale was to look at specific cases, for a specific moral guideline, rather than considering the whole of God’s design for salvation.

A “bulletin” issued by the Van Thuan Observatory on the Social Teaching of the Church has gone unnoticed. The bulletin, dedicated to Humanae Vitae, underscored the profound link between the social teaching and the Bl. Paul VI’s encyclical, underscoring that artificial contraception in fact breaks the couple into two individuals, is not for families, and makes of children mere products. This affect the whole of society, since you have no more communities, but just individuals and the product of individuals. In the end, if sexuality is not a choice of love, but it is artificially controlled, everything can be controlled. The human being is given the hedonistic pleasure of sex, but he is unable to exercise a responsible freedom within the relation.

The same Observatory got into the discussion around the possibility for divorced and remarried to receive communion, underscoring that the Eucharist had a social importance, because it is the Eucharist that legitimates a Christian model of society. It is not that we have to choose whether and in which cases to receive the Eucharist. It is that we have to assess what is the value we give to the Eucharist, as out of this value is born the world we build.

Everything is in the end connected, and not by chance the reform of ecclesiastical universities is about a major interdisciplinary approach, following the model of the outbound Church but on the basis of a well-defined center. It is not even by chance that the instruction speaks about the education of new leaders: Catholic culture needs leaders, as they have gone missing in these debates.

In conclusion, this cultural revolution needs cultural leaders. As long as they are missing, as long as those who are considered the intellectuals will lead the discussion to particular issues without setting their gaze on wider issues, the Church will always be at risk of becoming entrenched within itself and being self referential. This is, in the end, against the very Pope’s wish, who sees close mindedness one of the main enemies of theology.