Pope Francis, here are the reforms still under discussion 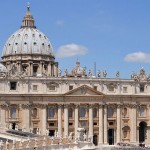 At the end of last week, the first plenary of the Pontifical Commission for the Protection of Minors since it was reshuffled took place. This week begins with another meeting of the Council of Cardinals, to conclude on Apr. 25. These two meetings, one after the other, are part of a sort of wider consultation, in Pope Francis’ style. The themes discussed at the Pontifical Council for the Protection of Minors will likely be directly brought to the attention of the Cardinals who are discussing the new Curia design.

The issue of the protection of minors has always been central to Pope Francis. The Pope has continued on the track of Benedict XVI’s zero tolerance. Under Pope Francis, the issue was subjected to steps forward and stops, also because of the particular nature of the Commission. A question still lied beneath: does the Commission for the Protection of Minors have any juridical power, or is it merely a consultative body?

The correct answer is obviously the latter. There is already a Tribunal, that of the Congregation for the Doctrine of the Faith. The Bishops’ Conferences were already asked to produce guidelines to counter the issue. The commission is working on raising awareness and formation, and also makes suggestions to adjust, amend and improve the guidelines. The commission also makes proposals for reform that would, in its opinion, help to more effectively tackle the issue.

One of these proposals is that of establishing Congregation for the Doctrine of the Faith regional tribunals, in order to tackle the issue on site. The establishment of these tribunals is now under discussion, and the Council of Cardinals will likely address it.

If that decision were to be taken, there would be a twofold convenience: on the one hand, the centrality of the Congregation for the Doctrine of the Faith would be preserved; on the other hand, this would allow a better link to the local reality.

Transferring the competence to Rome for such cases took effect at the beginning of the 2000s. It was not a cover up. It was a need, since, when things were managed on a local level under the competence of the Congregation of the Clergy, cases of abuse were not reported to Rome. This is how the horrible cover ups and the transfers of priests perpetrators of abuse took place. And this led to a multiplication in crimes.

Now, the notion is not that of decentralizing again, but rather that of moving the center toward the local areas, in order to speed up procedures to counter issues when reported.

In fact, all the reforms on the sex abuse issue were about the possibility to speed up procedures. The same rationale, for example, was behind Pope Francis’ decision to establish a Delicta Graviora commission with the task of assisting the Congregation for the Doctrine of the Faith to complete the delicta graviora causes.

Giving a glance at the full scenario, all of Pope Francis’ Curia reforms were actually about pragmatic issues: the Curia reform that redesigned some of the dicasteries was born because of the need to rationalize expenses; the same was true for the Vatican economic reform, originated by the two commissions Pope Francis had set up at the beginning of the pontificate, on the Institute of Religious Works (IOR) and on the economic administrative structure. The reform of Vatican communication has both an economic purpose and a marketing purpose: the need for a change of narrative in the Church was already discussed by Cardinals in the pre-conclave meetings that led to the election of Pope Francis.

Is the reform of procedures really needed? And, above all, is that the real reform that Pope Francis wants?

The question is legitimate, given that Pope Francis always talks about a “pastoral conversion” and also looking at the Gaudete et Exsultate agenda. This latest papal exhortation sheds light on the equal dignity of all the issues of the social teaching of the Church, although with a certain bitterness that seemed to come from the need to respond to criticism that is often raised against Pope Francis.

Pope Francis’ structural reforms seem to be at a standstill. The economic reform is stuck because of the absence of the Prefect, Cardinal George Pell, who took a leave of absence to go to Australia to clear his name of infamous accusations; and of the secretary, Msgr. Alfred Xuereb, ordained archbishop and sent as nuncio to South Korea. The old economic body, the Prefecture for the Economic Affairs, was never officially abolished, although it does not formally exist any longer – in fact, there is no president and no secretary at its helm.

The communication reform worked on promoting the Pope’s image and invested a big effort in designing the new Vatican information web portal, as well as in focusing communication on Pope Francis. After Msgr. Dario Edoardo Viganò resigned as Prefect, and was included among the ranks of the dicastery as assessor (the number 3 position), the institutional web site of the Secretariat has not listed who is the editorial director. Msgr. Viganò had taken on that role on an interim basis. Does this mean that the issue of editorial content has become secondary?

Dicasteries for the Promotion of the Integral Human Development and Laity, Family and Life are shaping themselves, defining the new positions and competences and trying to integrate the work of several different dicasteries.

However, Pope Francis does not seem to care too much about these reforms. He is interested in projecting a good image, but the point he insists more on is that of a change in the Church’s mentality.

How can this change of mentality occur?

First of all, putting the emphasis on issues that the Pope thought overshadowed, in particular the issues of poor and marginalized people. Hence, the Gaudete et Exsultate paragraph that underscored that defense of life must not overshadow attention on the poor. Hence, two particular reforms of the Pontificate.

The Pontifical Academy for Life is going to host in June a conference on Global Bioethics, to expand the bioethics interests to social issues, in accordance with Gaudete et Exsultate.

The Pontifical Theological Institute John Paul II will soon get new statutes, and recently established the Gaudium et Spes Chair, thus carrying a swing in balance, with more weight given to social sciences on bioethics themes.

Along with this, there is Pope Francis’ work to change the bishops’ profiles, picking those who are considered more pastoral and less of a cultural warrior type. Pope Francis uses this criterion in picking the new cardinals, although the theme is slightly different: he does not award with a Cardinalate dioceses or places traditionally cardinalate, as he does not endorse having positions that automatically lead to an honor.

Odds are that the next consistory will take place in June, and the Pope might have six slots for voting Cardinals – that is, Cardinals under the age of 80 that will be able to vote in a conclave. After filling these six slots, the number of voting Cardinals created by Pope Francis will surpass 50 per cent of the whole college.

All of these reforms, however, do not pass through the Council of Cardinals, and appear to be detached from the Curia reform, that is mostly a structural reform. As if Pope Francis is on a parallel track that never meets that of the reforms.

Even the Council of Cardinals itself, which Pope Francis established, seems to be an incomplete reform: the Cardinals of the Council are engaged in discussions and make suggestions, but they cannot make any decisions.

In the end, there are just a few activities going on. This is the reason why Pope Francis’ week of reforms might be just one more week of discussions that will lead to no (or few) concrete decisions. This is the way Pope Francis’ reform in the making works. In fact, the Pope does not seem to be interested in the structural reform.