Pope Francis, here are the reforms still under discussion Pope Francis and Eastern Churches, the ecumenism of the equal closeness 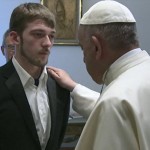 The next meeting of the Ratzinger Schuelerkreis, the circle of Benedict XVI’s former students, will be on “Church and State, Church and society”. This topic projects the Church toward the future, as the Alfie Evans’ case shows.

At a first sight, the two topics could seem not connected. But instead, they are. Alfie Evans is the recently deceased 23 month-old British toddler with an undiagnosed cerebral disease that has been labeled “Alfie’s syndrome”. Alfie was removed on Apr. 23 from the ventilation that helped him to breath for 15 months, because a judge decided that continuing to assist his breathing was useless therapeutic obstinacy.

Before and after the decision, Alfie’s young parents made several appeals, even to Pope Francis, who met Thomas Evans, Alfie’s father, before the Apr. 18 general audience.

Alfie Evans’ case, in fact, showed how much Pope Francis believes in life issues. The Pope has made two public appeals, setting the gaze farther and also mentioning Eric Lambert’s case. The latter is a different case from Alfie’s. The two cases however had in common being the object of legal challenges and granting judges the power to decide about letting Alfie and Eric die.

This is the knot. During these days, while Alfie Evans stayed alive almost by miracle having been removed from ventilation, the discussion touched on many issues: the shy reaction of the Catholic Bishops’ Conference of England and Wales; the judge’s obstinacy in deeming Alfie’s life at least futile; and even the history of the Adlers Hey hospital where Alfie was being looked after, because it was included in a 2000 investigation of hospitals storing a large number of human organs and tissues.

Without going deeper into the facts, and without taking any position on one side or another, it is evident that the problem is juridical. To what extent can the State decide for a person? And why does the State have more of a say than the family?

This topic was not part of the Church’s interventions. In a tweet on Alfie Evans’ case, Pope Francis asked that “the sufferance of Alfie’s parent be heard and their wish to try new possibilities of treatments be fulfilled.” Archbishop Vincenzo Paglia, president of the Pontifical Academy for Life, issued two statements, and finally asked for “an alliance of love among all the parties”, calling for a dialogue among doctors, judges and family.

The Archdiocese of Liverpool tried to tone down the discussion, and defended the hospital’s staff, while at the beginning it did not even get into the issue.

Never highlighted – with the exception of a statement by the Van Thuan Observatory for the Social Teaching of the Church – was the natural right of the parents to have their child cared for and treated as they wished, even if going for therapeutic obstinacy. It is not a matter of compassion, nor it is about a dialogue with doctors. It is simply natural law.

This position has almost disappeared from the discussion, though it is critical. Benedict XVI touched on the issue in several occasions. In the speech he delivered to the Bundestag on Sep. 22, 2011, the now Pope Emeritus said – quoting Saint Augustine – “Without justice, what else is the State but a great band of robbers?”

Justice is not intended to give consent to the State to make decisions on people’s lives, but to help people to live their life in a just society.

This is the reason why the discussion at the next Ratzinger Schuelerkreis – which main lecturer will be the former German Constitutional Court judge Udo Di Fabio – will be a sort of leap into the future.

The great persecutions are based on law. The martyrdom and persecution of Christians are widely reported. However, there is also a silent persecution, that touches Christians as experts in humanity, and which final target is the human being.

This persecution is made through law. It is through law that LGBT criteria are introduced and imposed in legislation, as it happened in the Istanbul convention, that many Bishops’ Conferences have rejected (for instance, those of Latvia and Croatia). It is through law that hate speech is defined, thus decrying as hate speech every religious discourse and in general every discourse the mainstream does not like. It is through law that, in Germany, family counseling offices have been pushed to release certificates to approve an abortion, despite the existence of objection of conscience against performing abortions. It is through the law that religious communities are deprived of every public dignity and in some cases compelled to register with the State and to be under State control.

It is not by chance that Cardinal Dominique Mamberti, when he was still Archbishop and Vatican minister for Foreign Affairs, presented in January 2013 to the European Court for Human Rights a paper on “The Catholic Church’s freedom and her institutional autonomy,” underscoring that religious communities where spaces for freedom, and not lawless areas.

To talk about “State – Church relations” means to look at the future. It must not be ruled out that committed Christians engaged in politics and legal issues will join efforts to carry on a great international diplomatic activity: that of recognizing that dying is never in the best interest of anyone, especially if this anyone is incapable of understanding and will.

All the nunciatures and the local professionals should work together in order to achieve this goal. Such an international recognition would also outlaw euthanasia. Perhaps, this is what the Holy See should work on, beyond the appeals, that are always important.

In a curious way, all of this is laterally connected to another core issue of the week. The presentation of the Annual Report of the Financial Intelligence Authority, the Vatican financial watchdog.

The financial intelligence authority follows the philosophy of pontifical diplomacy: it builds a network of relations and a framework of international cooperation that make the Holy See a credible subject that can intervene in vulnerable areas and help the weakest Christians without bearing the suspicion to have any other kind of interest.

The Holy See diplomacy has established a network of relations that includes 183 nations and many multilateral organizations. The Financial Intelligence authority is doing the same, signing Memoranda of Understanding and engaging in cooperation in order to help the Church to operate in the most at risk area where Catholics are present.

For this reason, the discussion of Benedict XVI’s students on the relations between Church and State, Church and Society must be at the basis of a new diplomatic work. Alfie’s case shed light on the problem, but this is not a brand new issue.

Out of their reflection, the Holy See diplomacy will be able to take some clues, generating that chain of subsidiarity that has always been the Catholic Church’s strength. This is the new frontline, today. As always, Benedict XVI proved to be long-sighted.