Pope Francis, his reforms are a comeback to the 1970s? 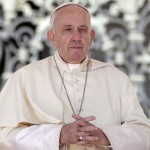 René Bruelhart had been president of the Vatican Financial Intelligence Authority since 2014. His exit represented the end of an era. Bruelhart joined the Vatican in 2012 as an ad hoc advisor for anti-money laundering. Later, he was appointed director of the Financial Intelligence Authority (AIF) when the Holy See was transitioning toward a Vatican-centered and more sustainable phase. Finally, Bruelhart became president of the Authority.

As an irony of fate, Bruelhart’s exit took place the very same week archbishop Giorgio Corbellini died. Archbishop Corbellini was appointed the president of the AIF in the midst of the transition that shaped the Authority to the way we had come to know it: the board of the presidency was no longer comprised only by Italians, but had an international staff; the president had considerable international credibility, and the director had worked in the Authority since the time it was established and contributed to making it a trusted partner in the eyes of external counterparts.

All of this no longer exists: director Di Ruzza was suspended after a Vatican investigation that raised more questions than answers, and that is still suspended; president Bruelhart left his post at the end of a five-year mandate, after defending Di Ruzza’s work with a strongly-worded statement, which is not customary in the Vatican; and Archbishop Corbellini, whose short time at the presidency marked the end of the era of the expensive external consultants, passed away.

The institutional crisis generated by the investigation that led to the suspension of five Vatican officials – among them, the director of the AIF – could now lead to the international isolation of the Holy See. Above all, it risks taking back to “ground 0″ the work of reform that Benedict XVI had done and that Pope Francis had just restarted.

Benedict XVI based his Curia reform on loyalty to the institution, competence, and internationalization. Facing the surprising abdication of Benedict XVI, cardinals at the pre-conclave meetings targeted this reform. And Pope Francis was elected Pope with the task of a new reform of the Roman Curia.

In the beginning, Pope Francis followed Benedict XVI’s path. There were discussions that the IOR, that is, the Institute for Religious Works (also wrongly labeled the Vatican Bank) was going to be abolished, but then it was decided not to do so. The new Secretariat for the Economy was nothing else than a replica of the Prefecture for Economic Affairs. The Dicastery for Communication is the outcome of a merge, as are the Dicastery for the Service to the Integral Human Development and the Dicastery for Laity, Family, and Life.

However, it is wrong to think that Pope Francis is interested in reforming the structures. Pope Francis is not an anti-doctrine Pope, as many believe. He is rather an anti-institutional Pope. The institution, to him, counts less than people. He chooses people while he does not necessarily keep people.

Beyond the reform of structures, Pope Francis wants to reform people. The draft document for the Curia reform, under discussion, calls for every monsignor who gets a Vatican position to have had at least four years of pastoral activity, and must continue this pastoral activity while he is in the Curia.

All of these provisions should avoid careerism. One of the typical examples of the application of these new criteria is the new prefect of the Secretariat for the Economy: Fr. Juan Antonio Guerrero Alves will not be ordained a bishop. Fr. Guerrero himself asked Pope Francis not to be elevated to the rank of bishop, so that he could rejoin the Society of Jesus once he ends his term.

So, at the end of Fr. Guerrero’s five-year term, there will likely be another prefect of the Economy. The question is how structural reforms can be carried forward if the leaders are limited in their terms and are supposed to go back to their dioceses. In the end, every reform will sink with new management and new terms.

Will that be the case for the Financial Intelligence Authority? In the end, the Authority lost its leadership right when it had reached significant levels of international credibility and effectiveness. Will its new president – still not on board, but already appointed by the Pope – be able to carry on the work done?

These are the questions in the air, while the Vatican institutional crisis seems to have marginalized the institution itself. Even in this case, for Pope Francis the institution is not essential. The loyalty of people is. And this is shown by the selection of Fr. Guerrero Alves. A choice that meets a more ancient requirement applied by Paul VI.

Paul VI knew very well the Roman Curia and the “Roman” economic webs of the Holy See, since he had worked as “sostituto” of the Vatican Secretariat of State and then pro-secretary of State. He tried to free the Holy See and the Vatican City State from this web. The web included lay people from Rome yielding a lot of power, like the Vatican City State manager or the administrators of APSA and IOR. Paul VI wanted to entrust Church officials with this power. One of his moves was the establishment of the Prefecture for Economic Affairs. Now, the Prefecture is to be abolished. However, Pope Francis keeps choosing clergy for the key positions, though the Curia reform foresees that there can be lay people at the helm of the dicasteries.

In the end, everything in this pontificate reminds us of Paul VI, from the theological debate to the ongoing reform. With the difference that times have changed, and for this reason, the Church can no longer look back to a model of 40 years ago. Not for the internal reform, nor for her external vision.