Pope Francis, how to characterize his pontificate? 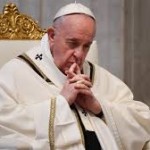 On December 17, Pope Francis turned 84 and celebrated his 8th birthday since becoming Pope. 2020 was a challenging year, marked by the pandemic. There were no international trips, nor massive events. Yet, many things were accomplished. Soon, the Curia reform plans will be completed. However, the Curia reform is already underway since many of the new dicasteries are already operating. With the November 28 consistory, Pope Francis created a college of Cardinals that more than ever before mirrors the pope himself. The Pope is also ready to travel again: he will travel to Iraq from March 5 through 8, and it seems there are plans for a trip to Serbia and another one to Kazakhstan.

How can we understand Pope Francis then? In the same year of Pope Francis’ election, Benny Lai, the dean of the vaticanisti, died, leaving an incommensurable legacy. A Vatican watcher since 1946, Benny Lai’s diaries were published in the book “Il Mio Vaticano,” and they are precious to understand the Vatican first of all, and the popes, any pope.

A pontificate cannot be interpreted outside of its environment, just like a plant cannot grow without fertile ground. Certainly, Benny Lai’s Vatican was very different from today’s. Many of its principles are still valid, though.

Benny Lai’s work seven years after he passed away shows that journalism becomes useless when it is not thought-provoking.

It is natural to compare Benny Lai’s stories with Marco Ansaldo’s, the former Vatican watcher of the Italian newspaper La Repubblica. In his book “L’altro Papa,” Ansaldo says that he met all the so-called Vatican crows (leakers), except Paolo Gabriele. He also wrote that the “crows” introduced themselves as a sort of lobby that leaked information. The book says nothing new. In 2013, Ansaldo even interviewed those “crows,” who said the same things. In 2013, Benny Lai passed away, almost perplexed by a Vatican he no longer recognized.

Benny Lai’s Vatican was the “Vaticano sottovoce” (the Vatican of whispers, as one of his books said) comprised of monsignors who were able to disclose worlds with a caustic sentence, of people under the shadows and yet very important, of precious sources to nurture so that the piece came down smooth and deep.

Let us scroll those Diaries. A Cardinal tells Benny Lai: “You should be very exact when writing about us.” He responds, with a kind impudence: “Fair enough. But I know many exact things that I do not write about.”

Benny Lai’s notes are helpful to understand the Vatican world. His work is never trivial, nor superficial.

“When a Pope dies – Benny Lai writes – a parenthesis closes, and another one opens up. A silent and gentle revolution takes place. Men replace other men.”

On May 20, 1954, Benny Lai writes: “Yesterday, Pope Pacelli had a little operation. The dentist extracted two right inferior molars. We got the news from Galeazzi Lisi (the Pope’s doctor, editor note). To have it confirmed, I had to go as a client to Antonio Kruska’s office, the Hungarian dentist of the Pontiff.”

At that time, there was a need to speak with the people personally. There was no room for unfaithful butlers or crows because, if there were any, the human relation and the personal double-check of the sources would have reduced their impact. There was not even a sort of reverence toward the Vatican. On the other hand, there was the wish to write when there was the possibility to provide a new point of view. Today, we would say that journalists write if there are news. However, the information was not the news as we know them. The news was a story, an in-depth analysis, often a detail.

On May 2, 1955, Benny Lai drafts a note about the Roman Curia structure as it was at that time. “Roman Curia: 12 Sacred Congregations, 3 Tribunals, six offices. The Sacred Congregations are the Vatican ministries. Tribunals administer justice, absolve from excommunications, proclaim null, or confirm, the validity of marriages. The offices, except for the Secretariat of State, have limited and very specific tasks. The prefect of a Congregation is the minister. The secretary is the undersecretary (in political terms).” Benny Lai then comments: “Small number: a little amount to govern the world and explain the universe.”

On April 5, 1957, Benny Lai pens an enlightening comment, also useful to understand today’s Vatican. He writes: “Vatican men can easily make a mistake. There is a central control room, it is true, but every official has some autonomy. Within some determined limits, he can do and undo as he wishes. As long as you do not slip on a banana peel, you do not make mistakes. When it happens, the complaint, the punishment comes. Nobody ever says before the way one thing had to be done. It is always said after.”

On May 13, 1957, Benny Lai asked himself: “Who rules the Vatican? The Pope, those who are closest to him, the Curia? The Pope always has his will, but if the others would always respect his will, they would renounce to their will.”

During that period, the possible death and succession of Pius XII were at the center of the conversations. Pius XII had centralized everything on him, and there was not even a secretary of State. When Pius XII dies, and the pre-conclave meetings occur on October 21, 1958, Benny Lai noted: “In the next pontificate, the Pope will reign, the Secretary of State will govern.”

What is the Conclave, then? In Benny Lai’s words, a time when “fifty prisoners declare a prisoner for life.” And how to describe the Cardinals on the eve of a Conclave? “The crucifixes.”

Are these just details? Not really. Benny Lai amuses himself analyzing the Vatican world, understanding its nuances, and getting acquainted with its vocabulary. He is a diagnostician of the Curia language, on which he ponders causes and consequences. He is a careful observer of nuances. The physical description of people’s character, often penned with two quick sketches, is an integral part of his pieces.

In 1960, the journalist Bergerre introduced Benny Lai to an ambassador to the Holy See hailing from an undisclosed Latin American country. It is not specified whether the country had historical relations with the Holy See or just inaugurated them. It is not important. The ambassador is perplexed. He wants to understand.

Speaking about Vatican officials, he says: “I can’t understand them. It seems to me I am moving in a world of shadows. Everybody is very kind, thoughtful, gentle, but never give definite answers. How can you write, understand the situations?”

Bergerre responds: “Do not try to understand them. Take them as they are, and step by step, you will notice the nuances. The nuances matter.”

These details do matter. However, the language of the Vatican is now dull, less profound, to the point that Benny Lai, shortly before his death, used to repeat: “This is not my Vatican.”

Benny Lai did not disdain gossip. He drew from it. However, gossip was not the main reason for his work. It was a tool to understand it, not an end. He used to speak with monsignors provocatively. He had a goal when he posed questions, and he wanted to get there even if it meant to get there from afar.

Incredible as it may seem, today Vatican journalism lacks this personal relationship with people, characterized by reciprocal respect. One fair objection might be that there is no time for that, that the news are moving ever faster. It is not entirely true. It is undoubtedly easier to leak documents, copy and paste them and then use them for a pamphlet, than to look at the details of the story. The real issue is that now we have plenty of vaticanisti and very few vaticanologists.

The journalist that writes about the Vatican does not work for the Vatican. He studies the Vatican. He is a vaticanologist indeed. Benny Lai made the distinction when he figured out that “vaticanista” was used by an Italian premier to describe the lay people working in the Vatican.

Nowadays, between a faithful vaticanista and a journalist with no scruples, the second gets almost always the special treatment. Those who follow Benny Lai’s pattern are out. The most recent scandals, in the end, all passed through current affairs newsmen and never through vaticanologists.

This general situation prevents us from fully understanding Pope Francis’ pontificate. The narrative, the cycle of news that everybody feeds from, continues. And with that, the idea that the story is always the now and here, with no past nor future.

This is the reason why the Pope cannot be anything but a break with the past and news. There is not even an effort to look back to understand the deep roots of some choices.

It is the limit of today’s Vatican reporting, which has a strong impact when it comes to understanding Pope Francis’, or any other’s pontificate. In the end, a pontificate is inserted in History. Benny Lai knew that. It seems that nobody knows it anymore.

One Response to Pope Francis, how to characterize his pontificate?