Catholic Church, the worrisome clues of a never ending attack A warning by Cardinal Bagnasco and Benedict XVI’s former students

Pope Francis, how will he change his government team? 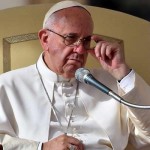 The sostituto (deputy) of the Vatican Secretariat of State will not be in the Papal party traveling to Ireland. This does not mean that Pope Francis is not carefully pondering candidates to replace Giovanni Angelo Becciu, created Cardinal and appointed to lead the Congregation for the Cause of Saints.

The appointment of the new sostituto might be part of a wider reshuffle, a change in the Pope’s governing team that could even involve the Council of Cardinals. In the meantime, the Curia reform under consideration since the beginning of the Pontificate is going to be completed.

Who could be the next “sostituto”? There were many rumors, but candidates outside of the Leonian Wall seemed to be more attractive than those inside of them. It was said that the choice was going to be between the nuncios Nicola Girasoli and Gabriele Giordano Caccia, both of whom took on new positions during the last year, respectively to Peru and the Philippines. Archbishop Girasoli is considered very close to the Pope, while Archbishop Caccia is considered very close to Cardinal Parolin. Both of them were valued candidates.

It was also rumored that Pope Francis valued diplomats working in the multilateral field. The options could have been the appointment of Archbishop Bernardito Auza, Holy See Observer to the United Nations in New York, or Archbishoop Ivan Jurkovic, Holy See Observer in Geneva.

Another rumor was that Pope Francis could call to hold the reins of the Secretariat of State one of those who had actually worked in Curia reform. In that case, the name was that of Bishop Marcello Semeraro, who actually serves as secretary of the Council of Cardinals.

These are just rumors. It is a matter of fact that Pope Francis kept his decision confidential. More likely, he will want to mark a sharp discontinuity with the past. This is what he did with the latest appointments.

Bishop Nunzio Galatino was appointed president of the Administration of the Patrimony of the Apostolic See, and thus pulled from his post as the General Secretary of the Conference of Italian Bishops. Paolo Ruffini, the manager called to head the Dicastery for Communication, was the president of the Italian Bishops’ Conference television station. Both of them were out of any Vatican career track.

Pope Francis made similar decisions when he created new Cardinals, and also when he called external consultants to study the Curia reform at the beginning of the Pontificate. In general, the Pope is looking for people who come from outside the Vatican world, and for this reason not attached to old prejudices.

Is this the rationale Pope Francis wants to follow in appointing the new sostituto, one of his closest collaborators?

This is a possibility, considering Pope Francis’ wish to show a change of mentality. For this reason, it seems always more likely that the new sostituto will not be Italian.

Among the names rumored for the post, Archbishop Edgar Pena Parra has climbed up the ranks of candidates. Venezuelan, with past experience as nuncio in Pakistan, and a Russian speaker, Archbishop Pena Parra’s biography includes all the challenges of the current pontifical diplomacy. In addition to that, he comes from Venezuela: his appointment could then be an important sign of interest toward that martyrized country where every Pontifical mediation has failed so far.

Beyond the possible candidate, it remains to be seen whether the Pope will appoint a new sostituto now, or if he will wait until September. That is, whether the Pope will want the sostituto to be a main character in the transition toward a re-organization of the Secretariat of State or if he will be the outcome of the transition. Among the issues of the re-reorganization is the coordination among the two Sections and the recently established Third Section.

The latter, headed by the Polish Archbishop Jan Romeo Pawlowski, took some of the competences of the First Section, under which the office for the Pontifical Representations stood. This office was upgraded to Third Section. Among the competences that passed to the Third Section, the proposals of the set of three for the appointment of new nuncios, and the nuncios’ permanent formation, transfers and promotions.

Whether the Pope will reshuffle the membership of the Council is yet to be seen. The issue will be, also in this case, having a new Council that will lead the transition to the application of Praedicate Evangelium, the new pastoral constitution that will regulate the Curia functions, or if the Council will be part of the transition.

Cardinal Errazuiz’s involvement in the sex abuse scandal in Chile led to the belief that he could be replaced in the Council. But this did not happen. Cardinal Rodriguez Maradiaga was also said to face replacement because he was accused of financial mismanagement. But this has not happened yet.

It is unlikely that the Pope will do any reshuffling on the basis of external pressures. Pope Francis has always shown he has confidence on his collaborators, especially when the allegations against them are heavy. If there will be a reshuffling, it will not be imminent. The Council could rather be expanded by including some Canon Law experts, called to give shape to the Apostolic Constitution, now being tailored following the principle of the “reform made in the walking.”