Liberation Theology and Rome, was it truly a war? A Vatican model of financial transparency

Pope Francis in search of the old men of the Curia. But how should they look like? 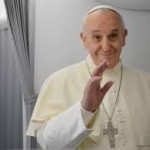 Pope Francis closed his trip to Brazil for World Youth Day with an hour and 20 minutes of press conference of open question and answers. Pope Francis spoke about several topics, from the possible presence of a gay lobby within the Vatican ranks to the communion for divorced and remarried people. Among all his words, one sentence should be pondered more carefully in the Vatican Corridors: Pope Francis wanted to underline that «the skill of the Curia has a little lowered», and added to be a nostalgic of the «old curiale», i.e. the old man of the Curia.

These words seemed a condemnation toward those who served in the Roman Curia in the last years. Vatileaks story is a warning. Paolo Gabriele, the butler who leaked documents to journalist, has been an example of the failure of the Vatican hiring and old boys’ school system definitely failed.

If this latter would be the original model, much could be argued.

After the Wall of Berlin fall, there was a feeling of liberation raised among the ranks of the Catholic Church. The Cold War was over, and so it was the era in which, for example, the defense of religious freedom was not only a religious matter, but also something that dealt with the same existence of the civilization in which religion was defended. Defending religious freedom meant to defend the Western civilization.

When the Cold War came to an end, things were not probably pondered in the most proper way. Yes, John Paul II spoke words of fire against capitalism and consumerism, he attacked the way Western Civilization was acting during his trip to United States in 1984. It was not sufficient, since nobody seemed to remember his words at the end of the Cold War.

Hence, from the Fall of Berlin Wall, a new policy for the hiring was started in the Vatican. People was not anymore hired  only on the basis of skills and morality. People was hired if he is considered a good guy and has a good recommendation.

This is how somebody in the Vatican corridors is describing how thing had gone.

In fact, there is another key point to consider.

When Benedict XVI was elected Pope, he found himself within a system corroded by the gangrene of careerism. There had not been a generational change of the personnel. So, while the old men  of Curia man were in fact old, the new men of the Curia were not as efficient as expected.

What did Benedict do? He started a titanic operation. In his installation Mass, he told that his program was to follow the will of God. After praying, meditating and also weighing on the basis of the experience he had of the Roman Curia, Benedict XVI began convinced that the Holy See needed to strengthen his status of sovereign State in the concert of nations. Leafing through the pages of his beloved Saint Augustine, Benedict XVI remembered that «without rules, the State is something more than a gang of bandits».

His incessant work behind the curtains was aimed to give the Holy See a proper legal framework. Before changing and substituting men, Benedict XVI wanted to build up such a framework in which lobbies, little centers of power, circle of friends could be absorbed.

To reach this goal, Benedict XVI formed a team, and the top officials of this team came from the ranks of the ex Sant’Uffizio. As prefect of the Congregation, Benedict XVI perfected a method, which he based on dialogue. It was a efficient method. It worked.

In fact, the efficientism of this collaborators could perhaps made Benedict XVI suffer. And so, considering the low cultural level of the men of the Curia, Pope Ratzinger’s collaborators thought it was proper to employ experts came from the outside.

In fact, Vatican outsourcing is not something new. But it multiplied, considering that Curia men’s level lowered.

Outsourcing brings to open spaces where lobbies can enter. In fact, external consultant work in the Vatican, not for the Vatican. They carry on their personal interests before the interests of an institution they are not linked to.

This is what is going on with the transparency operation carried on from the Institute for Religious Works, namely the IOR. Recently, IOR launched its web site, while the IOR Council of Superintendancy president Ernst von Freyberg is working hard to show to the world that the fame of opacity and illicit traffic built around the Institute comes from misperceptions, more than from facts.

This is one of the reason why Ernst von Freyberg hired the Promontory Group to audit the IOR. A team of 20 Promontory experts installed in the old IOR office that belonged to msgr. Marcinkus. Eleven out of twenty are working on the list of accountant, filing anything interesting about the account holders, to respond to customer due diligence.

They are analyzing about 1000 account holders a month. That this is the “work of the life” for Promontory is proved by the fact that Elizabet McCaul is in Rome, and sleeps in Domus Sanctae Marthae. Mccaul is one of the most prestigious members of Promontory Group.

Von Freyberg also hired a company of public relations, and so a press office coming from Germany must speak with journalists to explain what lead to this IOR misperception and how things are going to change.

We are anyway talking about experts coming from outside the Vatican. They tell the story they learn, they do not know anything about the Vatican.

It is noteworthy that the communication experts are looking to get personally in touch with journalist, in order to lobby as much as they can. So, there is not the democracy of the news (although the good news) delivered to everybody. The need is to move the public opinion in the direction they want.

Is this real transparency? What will remain of this kind of an “open door policy”? And will be of the experts that were able to work inside the Vatican from the outside?

It is difficult to foresee anything. But it is hopeful that, when Pope Francis used to talk about the old Curia men, he referred to those who arouse under Paul VI and the first part of John Paul II. Hence then, everything changed. That is why the Curial cultural level lowered so much.

3 Responses to Pope Francis in search of the old men of the Curia. But how should they look like?