Pope Francis and the Independence of the Holy See Pope Francis, facing a 2010 – 2.0?

Pope Francis, is it real transparency? 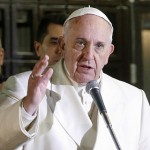 We still do not know if the five Vatican officials suspended during the investigation on the purchase of a luxury real estate property in London will be prosecuted or not. Everything seems on hold one year after the spectacular searches and seizures that took place in the Secretariat of State and the Financial Intelligence Authority offices. On the other hand, the Vatican officials suspended lost their jobs or were moved somewhere else. This uncertainty is strange, considering that there was enough time for the preliminary investigation.

However, this is not the only Vatican situation in suspense. The release of the report on the McCarrick case was promised long ago, and it will now be published on Nov. 10, two years after it was promised. For those who do not remember the case, McCarrick is the Archbishop Emeritus of Washington, a cardinal that Pope Francis laicized after the archbishop’s network of abuse (both sexual and power) became public. McCarrick’s network had many accomplices at the top ranks, who knew about it and did not address it. Many of McCarrick’s supporters were in the Vatican: McCarrick was, in fact, highly regarded until he fell into disgrace.

Cardinal Angelo Becciu’s case is suspended, too. Cardinal Becciu saw his life changing out of the blue in 20 minutes: the Pope asked him to resign as prefect of the Congregation for the Cause of Saints and to renounce his cardinalatial prerogatives. Cardinal Becciu was also stripped from the position of papal delegate to the Order of Malta. The reasons that led to the Pope making these requests of Becciu are officially unknown. It is not even clear whether there is an investigation on Cardinal Becciu or not.

More and more times, Pope Francis has underscored his commitment to fight corruption. He recently reiterated it in one of the many interviews he has been granting during this last period, to the Italian agency Adn Kronos.

Pope Francis has always stressed his clear commitment to transparency, both in financial issues and on the matter of sexual abuse of minors.

The Pope has acted as the personal guarantor of any juridical situation and decisions.

Before the 2015 Vatileaks trial, the Pope spoke about it at the end of an Angelus, saying that he already knew about information appearing on the media and was already working on measures on those issues.

After his 2017 trip to Chile, and the pieces of evidence that emerged on Bishop Barrios’ covering up of abuse, Pope Francis summoned twice all the Chilean bishops, and all of them in the end resigned. As a consequence, Pope Francis also called a summit on abuse in the Vatican in February 2019. Three legislative decisions came out of that meeting, and one of those was the reform of the pontifical secret.

Amid the investigation on the purchase by the Secretariat of State of real estate in Sloane Avenue, London, Pope Francis took the decision this year to personally deliver a speech at the opening ceremony of  the Vatican judicial year. It was an unprecedented decision that made it clear that the Pope was not only informed of facts and procedures, but that he was also engaged in them.

Earlier in October, the trial on abuse on the Vatican pre-seminary began. Pope Francis strongly wanted the opening of the trial. The deadline to pursue the allegations was approaching, and so Pope Francis personally intervened in July 2019 to revise the Vatican Code of Criminal procedures. Before Pope Francis’s revision, it was possible to prosecute only within one year from the time the alleged crime was committed, with a claim from the abused person.

Despite the Pope personally taking things in his own hands and acting as a guarantor, there are many shadows and many uncleared situations. Fr. Juan Antonio Guerrero Alves, the prefect of the Secretariat for the Economy, said that the goal is to make the Vatican a “house of glass.” Fr. Guerrero was referring to financial issues, but not only. Pope Francis himself has often spoken of parresia, the art of communicating with frankness. And frankness implies transparency.

However, there are many unanswered questions since the Pope, according to his prerogatives, acts alone, without having to account to anyone.

There are many issues open. First of all, the financial situation.

In a note, the lawyer of Mons. Mauro Carlino, one of the five Vatican officials suspended amid the investigation on Sloane avenue, explained that Pope Francis not only was aware of the financial operation, but he agreed with it. Besides, Carlino’s lawyer noted that the Institute for Religious Works said it was able to support the operation. At the same time, the IOR reported on the process and paved the way for the investigations.

If the Pope was aware of the financial operation, why did the suspension take place? If there was corruption, why has there not been a prosecution yet? If there was no corruption, why were the people under investigation not allowed to return to their their positions rather than separating them before the trial?

Another issue regards Archbishop Gustavo Zanchetta. Pope Francis called him from Argentina to be the assessor of the Administration of the Patrimony of the Apostolic See, an ad hoc position for him. He was suspended from service and compelled to go back to Argentina to be interrogated in a trial alleging abuse. After that, Zanchetta returned to the Vatican, and he is actively working. Rightly, he is considered innocent until it is proven otherwise. Why, then, was not the same principle that applied in other situations?

Fr. Guerrero spoke of the “house of glass” while presenting, in an interview to Vatican News, the Holy See’s balance sheet. The balances had not been released since 2015. In the past, they were generally published along with the Vatican City State Administration balance sheet. This time, only the Curia balance sheet came out. Why? And why was the balance sheet not presented in a press conference in the Holy See Press Office so that anyone could pose questions? It was done so when Cardinal Sebastiani was president of the Prefecture for Economic Affairs.

Broadening the perspective, why has the IOR annual report not been presented in the Holy See Press Office for years now, and why wasn’t the 2019 AIF report presented in a public press conference as it was in the past years?

It seems evident that the Pope’s communication needs to carry forward a well-defined narrative, which downplay some shortcomings in the Vatican itself. Since there is no opportunity for dialogue, nobody can note or address the critical areas. But, at the same time, there is no room for a different narrative.

However, there are clues that things are different than how they are perceived. Bishop Nunzio Galantino, president of the Administration for the Patrimony of the Apostolic See, granted on Oct. 31 an interview to the Italian Bishops’ Conference newspaper Avvenire, providing some interesting details. Bishop Galantino wants to underline the idea that now investments are coordinated, there are controls, and a new mentality, which means that things have changed.

However, Bishop Galantino is speaking about the Sloane Avenue issue in particular. He explains that the closing of the loan and the paying off of one of the intermediaries, Gianluigi Torzi, was intended to restore the Vatican control over that property. The new operation made sense because it increased profits.

As a matter of fact, beyond some public statements, the Vatican has not become a temple of transparency and parresia under Pope Francis. It is legitimate for Pope Francis to act this way. It is however striking that the narrative around him shows a different situation. Pope Francis has shown many times that he tends to centralize and not to decentralize. He did so in sacred and profane issues. And he is still doing it.

One Response to Pope Francis, is it real transparency?