How involved is Pope Francis in the London trial case? Pope Francis, his idea of ​​universal brotherhood and war

Pope Francis, is that for Ukraine a 21st-century “ostpolitik”? 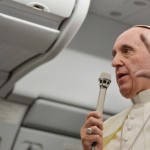 Returning from Malta, Pope Francis stressed that the diplomacy of the Holy See is doing a great deal for Ukraine and that many things are invisible because “one cannot say everything.” And it is true. Beyond the enormous humanitarian effort always deployed by the Church on the territory, there is a continuous, underground diplomatic line of thinking that views the evolution of the situation in Ukraine with concern.

However, it would be wrong to think that the Holy See’s attention on the issue is new. Over the years, both Cardinal Pietro Parolin, Vatican secretary of state, and Cardinal Leonardo Sandri, prefect of the Congregation for the Oriental Churches, have been in Ukraine. The latter, in 2017, reached the territories of the conflict in Donbas.

In 2016, Pope Francis had launched the initiative Pope for Ukraine, a collection intended precisely to help the Ukrainian population exhausted by a situation of permanent low-intensity war, which was created after the annexation of Crimea to Russia and after the self-proclamation of the Republics of Donbas and Luhansk.

Cardinal Parolin has recalled that, already in 2017, during his trip to Russia – the first of a Vatican Secretary of State since Cardinal Agostino Casaroli – he had raised the question of the need for a negotiated solution for Ukraine.

In 2019, Cardinal Parolin did not hesitate to call the situation in Ukraine a “hybrid war.” Terms that made a comeback when a similar problem was faced in Belarus, with migrants used as a form of pressure on the neighboring territories of Lithuania and Poland.

It should not be forgotten that the Holy See has carefully looked at similar situations. Georgia, for example, experienced the same type of invasion in 2008 in South Ossetia. As a result, Cardinal Parolin in 2019 and Archbishop Paul Richard Gallagher, Vatican Minister for Relations with States,  in 2018 reached the occupation line when they have visited the country in the past few years.

All this is to say that the position of the Holy See has always been clear. The Holy See pushes dialogue, stresses that negotiated solutions must be found, and, above all,  looks at the interests of the population before geopolitical interests. It is an approach rooted in the Social Doctrine of the Church.

The commitment to the great utopia, which is that of complete disarmament, is also rooted in the Social Doctrine of the Church. To arrive at this great utopia, there are various intermediate steps, the first of which is nuclear disarmament, which is firmly back in fashion today. At the same time, there is a fear of an escalation that could lead Russia to use the atomic bomb.

It cannot, and it should not, be surprising that the Holy See underlines the fear for this type of escalation. On the one hand, Cardinal Pietro Parolin defends the principle of the legitimate defense of a Ukraine under attack, and there is not one iota on this position of the Holy See that has changed from the past.

On the other hand, posing the problem of military escalation is almost standard in a situation like this. Everyone expects political acquiescence from the Holy See, for example, for sending weapons to Ukraine to allow it to defend itself. But this could never come, and certainly not in the political terms aspired. This does not mean that the Holy See is saying no to shipping weapons to Ukraine, as the nunciature to Kyiv pointed out.

The reason is clear: beyond the moral concerns, the Holy See cannot, must not take a position on the decisions of the states. The Holy See has no economic, political, or other interests but is interested in humanity. If it entered into the findings of states, it would become part of a war, and a war – noted Monsignor Janusz Urbanczyk in a speech to the OSCE last week - is already “a rupture of the international order,” a situation that is already at the outside of any canon of law.

On the other hand, the Holy See has the task of staying out of any conflict and, more than anything else, of mediating for peace when it can or is allowed to do so. It is not about taking a step back. It is a question of moving forward with caution, trying to save lives.

Pope Francis is clear about this need. But, of course, he doesn’t have the mind of a diplomat, and therefore some situations seem unbalanced. For example, the visit to the embassy of the Russian Federation to the Holy See at the beginning of the war was not followed by an immediate visit to the Ukrainian embassy, creating an imbalance. Pope Francis said he remedied the imbalance by listening to Ukrainian President Zelensky on the phone and the major archbishop of the Ukrainian Greek Catholic Church, Sviatoslav Shevchuk. However, a small diplomatic vulnus, in my view, remains.

Now, Patriarch Kirill of Moscow, increasingly isolated in orthodoxy, has sought contact with the Pope, following the videoconference between the two. Before the war, there was a thought of a new meeting in person, and at this moment, Kirill wants the meeting more than the Pope. Pope Francis has said that this meeting could take place in the Middle East. Many point to Jerusalem as a privileged location, perhaps as a stop after the trip to Lebanon, which should take place next June.

But would a meeting with Kirill be diplomatically appropriate? Wouldn’t it again seem that the Pope is unbalanced towards the Russian point of view? There are indeed diplomatic declarations and activities to speak of a long-established balance, but it is also true that gestures are meaningful.

Here, then, the idea of a flash trip to Kyiv no longer seems to be something distant. The Pope said it is “on the table,” but his diplomatic collaborators think that this idea should materialize. If only to balance a meeting with Kirill, something about which Cardinal Kurt Koch, in a meeting with the ambassadors of the European Union to the Holy See, also noted the need to be cautious about the meeting.

Therefore, is that of the Holy See a kind of Ostpolitik 2.0? Hard to say. We are no longer in Soviet times, and the balances to be maintained are different. Indeed, one can never expect the Holy See to take precise political positions. The Holy See is about being the Holy See. It does not delve into the decisions of states. Instead, it has the objective of caring humanity.

3 Responses to Pope Francis, is that for Ukraine a 21st-century “ostpolitik”?