Pope Francis, do (hidden) means serve the end? Pope Francis, is the perception of the season of justice changing?

Pope Francis, is the direction on abuse right? 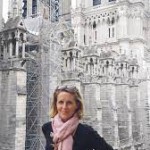 She was hailed as “a free mind leading the communications of the bishops.” Her independence and capacity in crisis communication were highlighted. But unexpectedly, on 12 November, Karine Dalle was fired from her post as spokesperson and undersecretary of the French Bishops’ Conference.

The decision appears to be a bolt from the blue, which came after the plenary of the French bishops in Lourdes, during which they had discussed how to follow up on the Sauvé report.

The report was commissioned by the French Conference of Bishops and the Union of Superiors General of France. Called CIASE, the report commission was headed by Jean-Marc Sauvé, honorary vice president of the Council of State. The report sought to estimate how many abuses had been committed in religious structures in France between 1950 and 2020, and it came to a figure of 330,000 victims. Shocking numbers, even “explosive” for Sister Veronique Magron, who leads the Union of Superiors General of France.

However, numbers had to be read well, and that’s what Karine Dalle had immediately pointed out. “It should be remembered – she had declared – that the Sauvé report gives an estimate, and only an estimate, of 330 thousand victims.” Indeed, to be more precise, the survey – conducted on 28,010 people – leads to an estimate of 216,000 minors victims of sexual violence committed by priests, deacons, men and women religious from 1950 to 2020, and only by expanding the analysis to all people linked to the Church amounts to 330,000 victims.

“Consequently – explained Dalle – more than a third of sexual assaults in the Catholic Church were committed not by clerics or religious, but by the laity.” However, she added that “it does not mean that the number of victims is overestimated, nor that we do not have to worry about the victims of secular aggressors, but simply that we do not have the identity of these 300,000 potential victims, and therefore even less the identity of their aggressors.”

Words of absolute common sense that stood amid the “shame” proclaimed by the Pope and the statements with their heads covered with ashes of the French bishops. Especially since Archbishop Eric Moulins de Beaufort, president of the French Conference of Bishops, had even been summoned by the Minister of the Interior Darmanin for defending the secret of confession in the face of a report that – as happened in many other cases – recommended to reconsider it. After that meeting, the Archbishop had been forced to define his statements as “clumsy.”

At the plenary, the choice was even more submissive. The bishops asked the Pope for help, and they set up a fund for the compensation of the victims to be financed by the sale of the buildings of the Church. They wanted to show remorse and goodwill in overcoming the scourge of abuse.

It goes without saying that a personality like Dalle was uncomfortable, with a respectable private career before arriving five years ago to manage the communications of the archdiocese of Paris. Because, as we can see from her statements, her style of crisis management was not wholly submissive but somewhat proactive.

The fact is that the removal of Dalle is yet another worrying sign of how the Holy See has decided to manage the abuses. And it is connected to the situation in Germany, where Cardinal Rainer Maria Woelki, archbishop of Cologne, is now in a time of withdrawal and “suspension” from the administration of the archdiocese for what the nunciature itself called a “communication error,” because no report had found any negligence by the cardinal in handling the abuses. On the contrary. The communication error was due to the refusal to publish a report on the response to abuses considered partial. A report that the cardinal himself had commissioned.

Instead, the line seems to be conceding everything to public opinion, taking a step back even where there would be no need. There is no longer the need or the will to defend the Church but rather the intention to lead the Church on the path of penance.

Is it the line of Pope Francis? It would seem so because it was Pope Francis himself who accepted the suspension of Cardinal Woelki. And it is probable that the French bishops, frightened by the possible effects of the apostolic visitation they have requested, have decided to take a break with the past, to avoid ending up in the crosshairs.

Yet Pope Francis, at the end of the 2019 abuse summit, did not fail to note in his speech that some were using the theme of abuse to attack the Church, abandoning the submissive attitude that had characterized the summit.

But then it was Pope Francis himself who conceded everything to public opinion, with, for example, the spectacular convocations of the Chilean bishops and their mass resignations after he finally decided to investigate the influence that charismatic and abusive priest Fernando Karadima still had. And it is Pope Francis himself who, at the legislative level, even provides for the serious crime of “negligence” for bishops in the motu proprio “As a loving mother” and who abolishes the papal secret (which among other things does not apply to cases of abuse) with a surprise move.

If, in theory and statements, the Pope has recognized that the Church is under attack, in practice, the decisions taken keep the Church under attack, as if in a penance from which one can never get out. A penance that must have also affected the French bishops.

And this is how Karine Dalle, who had brilliantly led the communications of the archdiocese of Paris after the fire of Notre Dame, left the position that she held with the bishops of France for just over two months. Then, finally, it was realized that crisis communication is not only about the admission of faults but the contextualization of the facts in the name of truth. A time in which Dalle realized that whoever manages crisis communication risks being submerged in the river of political correctness.

2 Responses to Pope Francis, is the direction on abuse right?