Pope Francis, is the direction on abuse right? Pope Francis and the relationship with the movements

Pope Francis, is the perception of the season of justice changing? 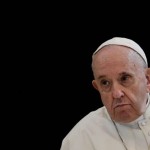 The fourth hearing in the London real estate trial ended with another postponement and other questions which remain pending. But the general impression is that how Pope Francis has decided to administer justice is changing. If only, because the trial itself highlights a series of procedural flaws that have shown, so far, how the exercise of justice has been handled arbitrarily by Pope Francis.

The President of the Vatican Tribunal, Giuseppe Pignatone, has worked on fixing any possible legal vulnerability. He authorized some changes requiring the reorganization of all the investigative work. This way, the so-called Vatican maxi trial has become a trial of standard dimensions, dividing the procedural cases. There are old grudges between Pignatone and Promoter of Justice Diddi, the first the prosecutor and the second the lawyer of one of the accused in a corruption trial in Rome called the ‘Mafia Capitale.’

This grudge, however, is not the central element of the issues raised by Pignatone to Diddi. Quite simply, the way the investigations were conducted created problems due to procedural shortcomings that would be considered severe in any other country in the world. How Diddi handled this situation, with a certain carelessness, led the President of the Court to make particular requests supporting the requests of the defendants.

Pignatone said he would not start the trial until the complete documentation was in the defense’s hands. Diddi said six other criminal proceedings led to leaving out parts of the documentation to protect investigative secrecy. The lawyers asked for the trial to be invalid for severe procedural violations.

The Pope’s abrupt emergence in the case took place when one of the lawyers presented to the court the recording of testimony by Monsignor Perlasca, who had headed the administrative section of the Vatican Secretariat of State for 12 years. The promoter of justice stops Perlasca in a statement stressing that he had talked to the Pope, who had asked how things were.

The defense attorneys maintained that a testimony of the Pope should be sought, if only to allow the accused to defend themselves. Diddi said he never asked the Pope for a deposition and that it simply “happens in an interrogation to see the witness hit a wall, and I tried to avoid that.”

In all of this, the lack of neutrality is striking. A testimony is a testimony, and the witness must be allowed to speak to tell his version of events fully. Correcting him also means trying to guide his statements. And this is to the detriment of the impartiality of the promoter of justice.

Above all, the Pope’s entry into the scene is striking because sooner or later, it will be understood that it could only be the Pope who authorized certain operations. But this is probably what changes the perception, and therefore is scary.

Diddi says he has only met the Pope once, but there are four rescripts of Pope Francis which likely were not drawn up without having dealt with the promoter of justice. In addition, there is more evidence of a papal direction in the affair, which should be explored.

The papal mandate certainly covers Diddi, but it is precisely this papal mandate that shows signs of concern about how the Pope directs Vatican justice. Because, at the moment, it is not yet understood where this trial is going to end, but we certainly know that it will go where the Pope decides. And the positions of the Holy Father are unfathomable.

Not only. If the Pope intervened in the process, it is necessary to understand how he was fully aware of the operations. Because both a document of Archbishop Edgar Pena Parra, substitute for the Secretariat of State, and a note from the Court sent some time ago to the Associated Press showed, if nothing else, the Pope’s involvement in some crucial phases of the negotiations.

The trial now seems to change its face and risks turning into a formidable boomerang for the Pope’s Justice. There is the concern of international observers, who have already identified the weaknesses of the process and have not failed to point them out. And then, because the defendants themselves will not likely hesitate to appeal to Strasbourg, to a new and different court than the one on which the Vatican judges are used to working. And how will Alessandro Diddi and the other promoters react in the face of detailed allegations of violations of human rights?

These are all issues to be considered as the process progresses. But, first, it will be necessary to understand if it is the trial of the century or if it is one of the many Vatican trials which few will remember.

2 Responses to Pope Francis, is the perception of the season of justice changing?