Pope Francis, the reactions to an Italian cardinal a key to understanding the current debate Pope Francis, his reforms are a comeback to the 1970s?

Pope Francis, is the Secretariat of State strengthened? 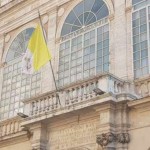 The appointment of the Jesuit Fr. Juan Antonio Guerrero Alves as Prefect of the Secretariat for the Economy fills one of the most critical ‘gaps’ in the Roman Curia organizational chart.

The Prefect of the Secretariat had been, since its establishment, Cardinal George Pell. When Cardinal Pell went back to Australia to defend himself from infamous allegations of abuse, Monsignor Luigi Mistò took the interim leadership of the Secretariat. However, Cardinal Pell stayed as Prefect, although on leave of absence, until the end of his five-year mandate. Pope Francis also wanted that the announcement of the Cardinal Pell expiration from the position was not connected to the news of the guilty verdict against the Cardinal. It was a sign of trust.

For two years, the Secretariat for the Economy had no leaders. In the meantime, the Prefecture for Economic Affairs did not cease to exist. To cut a long story short, the Secretariat for the Economy is active and has statutes but does not have an official status within the Curia. The Secretariat is not included in the apostolic constitution Pastor Bonus, that still regulates functions and tasks of the Roman Curia until the new constitution Praedicate Evangelium is released. On the other hand, the Prefecture for the Economic Affairs, already reformed under Benedict XVI, is included in the Pastor Bonus, but it is with no staff nor tasks.

For this reason, the significant reform of the Vatican economy slowed down. Some adjustments took place. The changes have always been analyzed through the lenses of the clash between Vatican factions. It was not precisely that. The modifications were needed to set up the economic system. The motu proprio The temporal goods further separated the oversight and the management of goods, transferring real estate management back from the Secretariat for the Economy to the Administration of the Patrimony of the Apostolic See. In the end, the oversight body could not be the management body.

Looking back to the time of Cardinal Pell’s leadership, even the auditing contract with Pricewaterhouse Cooper was renegotiated to protect the State.

It is expected that the new apostolic constitution Praedicate Evangelium will give the Secretariat of State a central role. In the meantime, an IOR report generated an unprecedented institutional crisis.

The so-called “Vatican bank” refused to grant to the Secretariat of State a loan for the purchase of a luxury real estate property in London, claiming that the operation was “opaque”.

The IOR move did jeopardize not only the work of the Secretariat of State but also the Holy See’s international activity. The credibility of the Holy See in terms of financial transparency is now jeopardized by the fact that the investigations targeted the Financial Intelligence Authority, and its director has been suspended. This caused a strong reaction by the same Financial Intelligence Authority that received no notice of the ongoing investigation. In addition to that, the attack on the intelligence body will be under scrutiny in the next round of Council of Europe’s Moneyval evaluations.

How to read, then, the appointment of the new Prefect of the Secretariat for the Economy?

Fr. Juan Antonio Guerrero Alves is a Jesuit who had a record of governmental positions within the Company of Jesus. He was provincial of Castilla from 2008 to 2014, and from 2014 to 2017, he was the adjunct administrator of the region of Mozambique, where he carried forward many projects. In October 2017, Fr. Arturo Sosa, general of the Jesuits, appointed him as his delegate for the houses and the provincial works in Rome.

Fr. Guerrero’s profile has two noteworthy features. First: he is a Jesuit, so he can be considered a trusted fellowman for Pope Francis. Second: he got to Mozambique the year before Archbishop Edgar Pena Parra was appointed nuncio there. Archbishop Pena Parra was nuncio to Mozambique from 2015 to 2018, when Pope Francis appointed him sostituto (deputy) of the Secretariat of State.

Fr. Guerrero’s appointment might thus strengthen the position of the “sostituto,” who came under attack with the current institutional crisis. Archbishop Pena Parra took the job in difficult times, and he was since the beginning attacked with allegations of homosexual behavior when he was in the seminary. The “sostituto” did not respond to the attacks, he worked silently and, after one year, he started building his team within the Secretariat of State.

Then, the assessor of the Secretariat of State, monsignor Paolo Borgia, was promoted archbishop and sent nuncio to Ivory Coast. Monsignor Luigi Roberto Cona became the new assessor. It is rumored that he was one of Archbishop Pena Parra’s candidate.

There is also a new Vatican “vice-minister for foreign affairs,” monsignor Miroslaw Wachowski. He replaced Monsignor Antoine Camilleri, promoted nuncio, and assigned as Papal ambassador to Ethiopia, a key position in the Horn of Africa.