Pope Francis, is there a timeline for Curia reform? 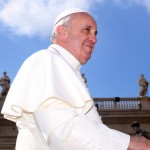 It was almost taken for granted that a reform of the Roman Curia, and in particular of the Secretariat of State, was going to take place. The General Congregations (i.e. the pre-conclave meeting) seemed to believe that the bad organization of the Curia was at the root of the poor management of the Church. Pope Francis diligently sought the men of the Curia of the old days, appointing Pietro Parolin as Secretary of State. The establishment of the Secretariat for the Economy opened the way, it seemed, to the establishment of new bodies on a par to a Secretariat of State diminished to a purely diplomatic role. However, all appears to be on hold now.

The Curia reform is in fact still taking shape. The deliberations of the Group of Eight Cardinals only brought about the establishment of a Pontifical Commission for the Protection of Minors. The general idea is that Pope Francis does not want a “Secretariat of the Pope”, i.e. a Secretariat of State the way it was conceived. Pope Francis is thinking, instead, about additional offices to share with him the functions of the government of the Church. It is rumored that there may be four new secretariats, i.e. four bodies of coordination and management between the Pope and the Vatican dicasteries.

This framework, it may appear, would foster more collegiality. In fact, Pope Francis is working for more centralization. According to other rumors, the Vatican dicasteries would be prevented from issuing documents autonomously, in order to prevent unhelpful discrepancies.

True, the “reform of collegiality” backed by Benedict XVI aimed at a major coordination among the Vatican dicasteries in issuing documents, as requested by the then Secretary of State Tarcisio Bertone in a meeting with the heads of the dicasteries held on the 25th of February of 2012. It is also true that this goal was not met because of internal resistance by the dicasteries’ wish to keep their autonomy, and also the resistance of mid-ranking employees who had become accustomed to block the publication of documents they did not agree with. So, Pope Francis might have come up with a simpler solution: to have fewer documents, and have them properly approved by a small number of central bodies retaining a reviewing and assessment authority.

How the general reform will affect the pontifical diplomacy is, as well, yet to be known.

Secretary of State Pietro Parolin is a prudent man. When he was Papal nuncio to Venezuela (from 2009 to 2013) he avoided a direct confrontation with the regime of Hugo Chavez, pursuing instead for a non-detrimental balance. Before that, as an official of the Secretariat of State, Parolin made diplomatic restraint and realpolitik his trademark. Formed under Cardinal Agostino Casaroli and reaching high  positions under cardinal Angelo Sodano, Parolin took from both of his predecessors finesse in reading situations and the ability to stay out of the fray if there is nothing to be gained from it.

At the moment, Card. Parolin is on stand-by mode. All the statements of the Secretariat of State are marked by the maximum prudence possible. In the recent meeting with President Obama, Parolin did not take harsh stands, although he did highlight the issues American bishops have always been fighting for. That the discussion was not as lively as could have been expected is proven by the short Vatican communiqué released at the end of the meeting. Also below expectations was a Vatican diplomatic response to the report of the United Nations Committee for Human Rights.  The Committee went as far as calling for a reform of Canon law. Card. Parolin said that a detailed response would be prepared and delivered. This response never came.  The Holy See Press Office merely released a short statement on the issue, followed by a long declaration by fr. Lombardi, but not diplomatic stands.

Parolin’s prudence is also influenced by the ongoing Curia reform, which may be leaving the Pontifical diplomacy without much traction.

There are good reasons why Pontifical diplomacy exists. The Holy See is a “third party” country. It does not take part in commercial exchanges. It has no economic interests. Its international agenda is the common good. The Holy See is a strong and recognized moral authority. So much so, that there have been many attempts over the course of the years to drown its voice in international arena. At first, there were calls for the Holy See to be downgraded to the status of an NGO within the United Nations. Then, there was a push in the opposite direction:  to have the Holy See become a full UN Member State, instead of maintaining its status as Permanent Observer (albeit one with enhanced prerogatives), in order to eventually co-opt her in votes on war resolutions and thus helping to legitimize a series of interventions. The Holy See has resisted these pressures.

In the international arena, the Holy See has no power of deterrence to be applied to peace processes. Archbishop Thomas Gullickson, papal nuncio to the Ukraine, noted this in a post of his blog DeoVolenteExAnimo. According to Gullickson, there are  «three essential components of secular diplomacy: respect for natural law; a firm commitment to uphold international law; and the capability of using deterrence through force (not necessarily military, but also economic).»

Archbishop Gullickson stresses that «despite the fact that 1 billion Catholics throughout the world would have recourse to the Holy Father as their leader, this does not mean that he could either raise an army or invite us to boycott, ostracize, or otherwise tangibly penalize a misbehaving country or its ruler.»

This, he says, is why «in recent years there have been calls for the Holy See to withdraw from the arena of secular diplomacy.” This is “a pragmatic argument, which holds especially since the community of nations does not seem troubled by the presence of the Holy See in this arena, at least as far as bilateral relations go.»

In fact, there is a real dearth of weight of the Holy See in the international arena. Yes, the Cuban missile crisis was overcome in part thanks to John XXIII’s diplomatic efforts, perhaps the Holy See’s most important diplomatic achievement in the last century. But this is not the field the Church can best place its diplomatic weight.

Its diplomatic weight can best influence more technical issues. At the negotiating table, the Holy See has been able to introduce topics to be developed at the international level. This approach has yielded some visible results: the reference to integral human development on the preamble of the Declaration of the UN General Assembly on the right to development; or the victims’ right to assistance, supported  by the Holy See, in the International Convention on Cluster Bombs signed in 2008 – a right which does not exist in other treaties.

This is how the Holy See may have an impact in the international arena, yet without having a power of deterrence that unavoidably leaves her out of the table in peace negotiations. However, this does not render the Holy See less valuable when call to be a “mediator”.

An excessive prudence, the result of waiting very long for a reform, has led the Holy See to refraining from possible (and suggested) mediations. In Venezuela, where the protests began two months ago and the repression of the Bolivarian National Guard has resulted in the death of 39 people, the possible intervention of the Church as a mediator has been mentioned both by the demonstrators and by the government. The Holy See has for the time downplay the possibility of intervening. «If two brothers do not wish to reach agreement, it is difficult to intervene,» a Vatican diplomat underlined. While the Holy See adopts a «wait and see» position, the Venezuelan bishops have delivered a document denouncing the unprecedented level of authoritarianism in the country, de facto highlighting the importance of the activism of the Church in the country.

All of these issues and ideas must be taken into account in the process of the Curia reform. These may appear as excessively complex issues, perhaps even a brake to reform.  They are nevertheless crucial. This is why the reform process that culminated with the issuance of the apostolic constitution Pastor Bonus required about ten years. How long will it take Pope Francis to change the Roman Curia? And will he be able to revive Pontifical diplomacy with new strength and prestige?

4 Responses to Pope Francis, is there a timeline for Curia reform?