The meaning of Fatima? Rebuilding hope Pope Francis: The Sound of Silence

Pope Francis: It’s All about Culture 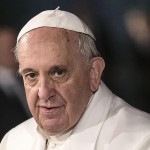 The Pontifical Council for Culture turned 35 years old on May 20. It is perhaps the only among Vatican dicasteries not to be involved in projects of reform. Yes, it was thought that it was going to be merged in a single department with the Secretariat for Communications, but that plan until now came undone. The truth is that 35 years later, the Pontifical Council for Culture is considered still young and up to date.

However, the anniversary of the Pontifical Council for Culture is an occasion for a wider reflection on the on-going reform.

The Vatican dicastery for culture is a direct legacy of the Secretariat for Non-Believers that Blessed Paul VI established on April 9, 1965. The Pope took inspiration from the Second Vatican Council’s Apostolic Constitution Gaudium et Spes. That Secretariat was considered a place of dialogue with men of good will who had no specific religious affiliation.

This is proven by the work done by Cardinal Paul Poupard, who was first head of the Secretariat for Non-Believers from 1980 to 1988, and then President of the Pontifical Council for Culture until 2007.

At the helm of the Secretariat for Non-Believers, Cardinal Poupard was often sent by St. John Paul II as an envoy to the countries on the other side of the Iron Curtain, as his representative in public discussions with non-believing philosophers. Rather than attacking the Communist regime from the front, Cardinal Poupard was thus able to erase it from its foundation. This cultural discussion had nothing of proselytism, but greatly contributed to the fall of the Berlin Wall.

However, that this cultural activity is at the center of the Church’s apostolate is also proven by the nature of the Second Section of the Secretariat of State, which is a sort of Holy See Ministry for Foreign Affairs.

This “ministry” has its roots in the Congregation Super negotiis ecclesiasticis regni Galliarum (on the ecclesiastical matters of the kingdom of France) that Pius VI established in 1793. This Congregation – as its name itself suggests – was called to study what was going on in France, and was born as a response to the French Revolution and to the huge anti-clerical wave that shocked France.

Pope St. Pius X organized the Sacred Congregation for the Ecclesiastical Affairs into three different sections: the first concerning extraordinary affairs, the second dealing with ordinary affairs and the third one (until that moment a separate body called the “Chancellery for Apostolic Briefs”) took care of the drafting and delivery of papal dispatches.

During the 1960s, Blessed Paul VI, in order to fulfill the wish expressed by bishops of the Second Vatican Council, reformed the Roman Curia and turned the former first section into a body separate from the Secretariat of State, the Council for the Church’s Public Affairs. Finally, St. John Paul II issued the Apostolic Constitution Pastor Bonus, which divided the Secretariat of State into two sections, one for General Affairs and the other for Relation with States. The Council for the Church’s Public Affairs was merged with the second section.

This historical excursus illustrates how the Church’s work always proceeded from concern for cultural issues. It is a continual search to tackle the culture of the time, with the purpose of announcing the Gospel that is always valid. The Gospel is universal, just as Catholic means universal, but this must not be intended in a geographical sense. It is valid because the Gospel’s message is always valid, in any time, any place, and any era.

Even today’s Church is called to fulfill a predominantly cultural task. Cultural issues probably come even before Evangelization. If Joseph Ratzinger could identify, already in the 1950s, that there are “self-proclaimed Christians, who live as pagans,” this Christianity in name only, that does not affect the real life of people, is found at every level of society.

Some examples from Europe, the most ancient Christian continent. The France that recently held elections is experiencing the presence of “zombie Catholics”, that is Catholics who profess themselves as Catholic but who in fact do not stand for even one of the principles of Catholicism when they are in public arena. In Italy, Catholicism was practically put at the margins of the public arena, and even when hot issues are discussed, there is no Catholic who stands up for Catholic principles, while there are many who are open to compromising on principles. Once there was the notion of non-negotiable principles, but that term is no longer used.

It is also true that there are many Catholics who are trying to make a stronger impact on society, and they deserve support. Their main issues are family and human life in general, with a particular concern about gender issues.

In the end, nowadays cultural issues are fundamental. While it celebrates its 35th anniversary, the Pontifical Council for Culture is thus also called to tackle life and gender issues, while the Courtyard of Gentles can turn from a space for dialogue between believers and non-believers to a space for the promotion of a stronger Christian identity.

This is the Church’s mission: to explain to people the reason for believing in Christ. And this issue is probably missing from all the discussions on Curia reform which are being undertaken with only functionalist criteria. It is important to look back at history in order to become aware that all of the Holy See’s work was ultimately about culture – including its diplomatic work.

For the Church the real peripheries are not just the poor. The real name of peace is still development, as Blessed Paul VI wrote in Populorum Progressio, However, this is not primarily material development, but a spiritual development that should be nourished with cultural awareness.