Behind Pope Francis: A Hidden Vatican Is the Jubilee of Mercy the Real Face of Pope Francis’ Revolution? 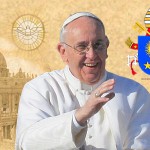 The official approval of the statutes of the three recently established Vatican economic bodies marked a small turning point in the path toward Vatican reforms. The anomaly that Pope Francis created by establishing curial dicasteries without any statutes has now come to a close. The era of external consultants has now turned into the era of institutionalization. It has now been accepted that a reform, more than a revolution, is needed. But the fact that the statutes have been so hotly debated also shows there is a breach, albeit a small one, within the Pope Francis’ administration. This breach can be understood only by taking a wider view.

The debate surrounding the drafting of the statutes was wide and lively. The central question was how to reconcile the need for financial transparency and the wish to adhere to international standards with the need to maintain the sovereignty of the Holy See? This topic of discussion has recurred in all the debates over the reform of Vatican finances since Benedict XVI’s pontificate. The final model was then completely developed within the Vatican, after external consultants were entrusted with outlining reforms for a short and difficult period. The adoption of these recommendations resulted in a generally positive evaluation of the Vatican by the Council of Europe’s committee MONEYVAL, and in a substantial promotion of the Vatican once the anti-money laundering law was completely re-written, a process through which the new law overcame some of the limits present in the first draft.

Vision seems to be the main problem in the case of Pope Francis’ economic reform. On one side were the external consultants, the true main players during the first part of Pope Francis’ pontificate. Their menu of recommendations aimed at creating out of the Holy See an effective institution, able to generate revenues, as if the Holy See were like any other corporate business. On the other hand stood the usual Vatican curialists, men involved for years in a renewal process who were quite aware that the Holy See was not a company, but a sovereign state with all of its complexities.

Debate engaged both of these two poles. But as is always the case, the truth is nuanced, since the two ‘teams’ are not so clearly defined.

Cardinal George Pell, Prefect of the Secretariat for the Economy, has committed himself to financial transparency. At the same time, the decision to place the management of the real estate holdings of the Administration of the Patrimony of the Apostolic See (APSA) under the umbrella of the Secretariat for the Economy was considered a sort of ‘casus belli’ in terms of the debate.

In the end the debate resulted in the decision that the real estate management should be left out of the Secretariat: it has yet to be decided whether an ‘ad hoc’ department for real estate investment will be established, or whether the real estate will return to APSA (which in this case would become a hybrid central treasury).

Meanwhile, Cardinal Pietro Parolin, the Secretary of State, worked in order to secure all of the structural components in the Roman Curia. In the absence of statutes for each of the new dicasteries, Cardinal Parolin matched each of his proposals with supporting documents. He showed that he wanted to defend the institution. Nevertheless, many curial officials played their own games in an effort to maneuver around Parolin, perhaps in order to protect their own interests.

In the end, the final decision made clear that the Secretariat of State exercises its proper role in the international arena, while the Secretariat for the Economy oversees the dicasteries of Roman Curia, as well as the Vatican City State administration.

This latter point is noteworthy. A large part of the Holy See’s economic scandals stemmed from the administration of Vatican City State, the point in which the Vatican records the biggest profits. These profits come from the Vatican Museums, or from of public works contracts – a problem raised by the Vatileaks scandal. If the Secretariat for the Economy had not been able to extend its oversight powers to the Governatorate, it would have failed to satisfy one of the reason it was conceived.

Not by chance, as this debate was heating up, the media published leaks about the expenditures of Cardinal Pell. The leaks followed the same Vatileaks pattern – a personal attack intended to slow down a reform process. It is still unknown who was behind the leaks, which included documents accompanied by a narrative that included factual errors. But in the Vatican leakers are either men who have lost their power or who are on the verge of losing it. The nature of the leaks concerning Cardinal Pell along with some clues provided by the leaks lead observers to surmise that the leakers come from the ranks Prefecture for the Economic Affairs (that is going to be suppressed as a result of Cardinal Pell’s reform) or from some former ranks  of the Bambino Gesù Hospital that is run by the Secretariat of State: Cardinal Parolin recently appointed new governors to the hospital. Both of these groups have voiced discontent. Clues are not proofs, but sources say that “you should look among the gang of discontents to understand what is going on”. In the end the gang war is not merely over vision.

This is the usual game of crisscross interests that targeted Benedict XVI as well, and the targetting includes even those officials who have sponsored these popes. There is no gratitude, nor vision. Every Pope must face this issue.

Pope Francis is facing the issue as well. The scenario may be even widened. Economic reform was so much a priority that the Council for the Economy, Secretariat for the Economy and General Auditor statutes were issued before the statutes of the Pontifical Commission for the Protection of Minors – even though the latter are almost ready. “There was a priority to be respected,” one of the experts in drafting the statutes said.

Because of this anxiety to carry forward the economic reform, Pope Francis filled the Vatican with external consultants, at first inserted in the Pontifical Commission for Reference of the Institute for Religious Works and in the economic-administrative structure of the Holy See, and sometimes contracted, for millions in fees. These experts brought expertise and skills within the Vatican, and presented all the possibilities to improve management and generate revenues. At the same time, external experts also seized Vatican secrets, with the possibility to raise infamous campaigns against the Vatican if things do not meet their expectations.

All of their proposals suffered from limitations when it came to understanding the inner nature of the Vatican. Which is not to generate revenues, but to preserve a sovereignty that is needed for the mission of the Church. Who spun Pope Francis to fill the Holy See with consultants? And why did cardinals have such a secular view?

These are still unanswered questions. The internal discussion evolves around these questions. It is not a fight between Italian and Anglo-Saxon mentalities, as it is often presented in a very simplistic way by the media – this issue was overcome a long time ago, and Vatican finances were already following the ‘international’ path. From an external point of view, which lacks of many nuanced details, the visions at stake at the moment could even be reconciliable. They are not only because those who are counseling and leading the debate are following their personal interests, thus blocking any possibility of mutual agreement for the sake of the Holy See.

So, while Pope Francis is turning the page on the second year of Pontificate, the same old problems still affect the Vatican, as the power of different factions has even increased from Benedict XVI’s time. Pope Francis is not pushing a particular agenda of government, while people behind his back are. How can things be brought to a conclusion?

The synthesis – or balance – is achieved when proposals of reform get to the desk of Vatican experts – people who have been always working in the Vatican: they know the Vatican’s peculiarity, and they have always been faithful to the Vatican. The most important reforms carried forward in the course of the last years must be ascribed to these Vatican experts.

We can now set our glance to the Curia reform, which is a broader issue. A Council of Cardinals in great majority from outside the Curia has been entrusted with studying a possible reform. Their task was to bring the perspective and concerns of peripheries, and to dialogue with the central power in Rome. It seems that they want to bring their ideas to Rome, as a sort of local Churches’ vindication. Just a few of them know the Curia and its real scope. Often, these cardinals set merely the gaze on Curia scandals, flaws and human contradictions. But only people who are really within the Curia are able to fully understand the Curia.

Now, Pope Francis’ pontificate seems to be turning to normality. If there must be a revolution, this can be done at a slow pace, building the reform structure step by step. Paradoxically, the paradigm of revolution helps more the old powers, which find a way to preserve themselves in the face of continuous announcements of revolution. If reform is slow and “surgical”, instead, tensions are suffocated as they arise, and there is not so much space for media campaigns. There is a group that is silently working in the Vatican to back a true, deep, real reform. Not even Pope Francis is probably aware of it.

Step by step, this group is taking things in their hands. Small signals of a change of pace may be detected. It seems now certain that the Curia reform will take time and that the revision of the Apostolic Constitution that regulates the Curia functions will be now studied by an ad hoc commission. And the new vice director of the Institute for Religious Works was appointed on March 6: Gianfranco Mammì, who had started his career in the Institute in 1992 as a cashier. Is this the signal that the era of external consultants has come to an end?

This question is in suspension, as are Pope Francis’ intentions. While the debate was getting heated, Pope Francis did not take a position, and his will was used by both sides. The impression is that the Pope is not very much interested in these discussions. This is another reason why the scenario is really more complicated than foreseen: when the Pope is not providing a clear vision, everyone is afraid to make any moves. And those who are not afraid are usually those who play a dirty game.

One Response to Pope Francis: Looking for a Reform Scenario