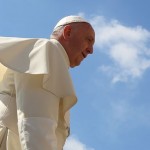 Pope Francis’ decision to extend by an additional day his visit to Sweden in order to celebrate a Mass with the Swedish Catholic community explains a lot about how decision making in the Domus Sanctae Marthae takes place. And it also shows that there are collaborators around Pope Francis able to intercept certain kinds of sensitive issues.

Pope Francis’ trip to Lund (Sweden) on October 31 for a commemoration of the 500th anniversary of the Protestant Reformation was announced some time back. However, it was immediately noticed that he was planning to stay just one day, with no meeting scheduled with the Catholic community. And just as immediately, the Church in Sweden started working behind the scenes to have the Pope meet with Catholics at least for a Mass. The effort was grounded in the fact the Catholics in Sweden are a real existential periphery – to use Pope Francis’ words – placed as they are in the minority by the increasing wave of secularization that is affecting Sweden.

In order to understand the status quaestionis we can list two examples, both of them legal cases championed by the Alliance for Defending Freedom, the international pool of Christian lawyers whose goal is to advocate for religious freedom wherever it is under threat.

The first case is that of Ellinor Grimmark, a Swedish nurse fired by three different hospitals because she refused to assist women who wanted an abortion.

The second case is the European Court for Human Rights case, Johansson vs. Sweden. To cut a long story short, the Johanssons lost custody of their son, Dominic, whom they have also been not able to visit for 5 years. The State took custody because the parents wanted to home-school him. The struggle against home-schooling is long-term, and it seems to be carried forward in order not to permit parents to educate their children the way they prefer, including providing them a religious education.

However, Pope Francis supported the freedom of education during a big event with Italian Catholic schools in May 2014, while he also reiterates over and over again that the right to conscientious objection is fundamental. This Pope’s sensitivity to this issue is often played down in the mainstream media, though it is very much present in his Magisterium.

In the end, there would have been a severe papal gaffe if he were not to meet the Catholics of Sweden, who for centuries suffered persecution because of the Lutheran Church, and who now see these two freedoms at risk in their society once again.

Once this argument was won, Pope Francis decided to go. Malmoe is not far from Lund, and is home for many migrants and refugees coming from the Middle East. The Pope will go there after the commemoration in Lund, while Catholics would have preferred it if he had met with them and celebrated Mass with them first, before the joint meeting with Lutherans.

However, the Pope’s presence will be likely interpreted instead as yet another gesture of solidarity with migrants after the model of the very first papal trip which was to the island of Lampedusa in Italy (first base for many migrants fleeing Africa) and the trip to the Greek island Lesbos, home for many refugees coming from the Middle East. Mass will be celebrated on November 1, which is not a holiday in Sweden. The Pope will be able to use this occasion to give a word of support to Swedish Catholics.

True, the Mass seems to be only an event added to the trip’s schedule. The addition was announced in the text of the Holy See Press Office e-mail that presented in attachment the Lutheran-Catholic joint communiqué with the full schedule of the October 31 events.

There was not a specific announcement of the visit with Swedish Catholics in a specific bulletin. So, the document in attachment explained in detail the “ecumenical joint commemoration” to be celebrated in the Lund Cathedral, but the real news – that is, the additional day of the papal trip, though with no official schedule yet – was almost overshadowed in the e-mail text.

A similar situation occurred when in 2014 the rumor circulated that Pope Francis was going to go to Caserta to pay a visit to the Evangelical community led by his friend, Pastor Traettino, and that the schedule for the trip did not include any meeting with the local Catholic community. The Pope then added a separate trip to Caserta for a meeting and a Mass with Catholics. The Pope adopted the same protocol for the trip to Sweden.

However, the trip to Sweden might have opened a new frontline at the peripheries for Pope Francis. Seen from Latin America, Europe is heavily marked by Catholic tradition. In the end, seen from far away, and through the lenses of superficial publications that make Catholicism the origin of all evil, it seems there is no need for a Pope in Europe.

It is obviously not so, as shown by several reports on religious freedom that alert us about increasing violations in Europe. The big news is not about the savageries of the self-proclaimed Islamic State in the Middle East, or the consequences of the law of blasphemy in Pakistan. It is rather that religious freedom is always under greater threat in Europe, in the so called “cradle of rights,” as witnessed by many reports, including the last ones drafted by the Pontifical Foundation “Aid to the Church in Need.”

The Pope is aware of what is going on in Latin America, where there is a real “colonization of the human being” through legislation allowing same-sex marriage and in-vitro fertilization, or through concessions to the LGBT lobby (the Pope himself said gender ideology is demonic). Being aware of this, the Pope would be surprised were he to grasp the gravity of the European situation.

In fact, the Church is now living a paradox: real peripheries are no longer the traditional ground of mission where one must support the birth and nurturing of the faith; and real missions are no longer merely those aimed at “missionary territories”, once called the foreign missions. The real peripheries are the ground considered the “center” of the developed countries, and real missions are those to the élites, in order to create a Catholic ruling class able to defend religious freedom at every level.

Pope Francis receives recommendations from both sides. The Pope, in the end, makes his decision. His goal is to go out toward the peripheries, and for this reason he prefers environments that are not necessarily Catholic. Rather than imposing something – it would be to him a sort of colonization – he tries to foster a dialogue, with the conviction that the faith can be spread through attraction.

During those occasions, Pope Francis also encounters small realities, looking for spaces of common interest. The last of these meeting was the one he entertained with the London’s Institute of Jainology, whose goal is to spread the Jainism principles to the world. Jainism is an ancient Indian religion that can be considered mostly a philosophy, as there is no divinity in it.

With these kinds of groups, the Pope looks for concrete points of mutual interest, as in the commitment for the environment or for educating young people against intolerance.

Given this rationale, it was almost logical that the Pope, going to Sweden, thought only to accept the invitation for the commemoration of the Reformation, taking advantage of the fact that the meeting was not going to take place in Germany, a more difficult battleground. On the other hand, his people conceded that no event with the Swedish Catholic community could be interpreted as a lack of interest of the part of the Holy Father toward the peripheral Swedish Catholics.

This is how Pope Francis was convinced to extend his trip in Sweden and to celebrate a Mass there with Catholics. By doing it on November 1, he wants to keep the focus of the visit on the meeting with the Lutherans. On the other hand, the Pope will be able to show a presence and a closeness to Swedish Catholics, and he will also be able to strengthen the ties with the Queen of Sweden in the common goal of countering human trafficking.