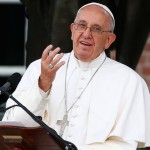 Pope Francis’ decision to tap Paolo Ruffini as Prefect of the Vatican dicastery for communication is not only important because it is the first time a lay person is at the helm of a Holy See’s dicastery. It rather represents a definitive shift of paradigm by Pope Francis. And there is something paradoxical in that.

This is the paradox: despite his will to make the Curia always more international, and to make the College of Cardinals always more representative of the world peripheries, Pope Francis’ latest top ranking appointments in the Vatican were given to people coming from the Italian Bishops’ Conference ranks.

This is the case with Paolo Ruffini, grand-nephew of a Cardinal, with a long career as a journalist first, and as a tv manager after, before being chosen as director of TV2000, the Italian Bishops’ Conference television.

Paolo Ruffini was appointed director of the Italian Bishops’ television in 2014, as part of a wider effort to further professionalize the medium. And the appointment came while the reform of the Vatican communications was discussed.

As Ruffini was put at the helm of TV 2000, a committee chaired by Lord Christopher Patton was established in the Vatican to understand how the Holy See’s media departments worked and how they could be reformed.

It was Msgr. Dario Edoardo Viganò, then director of the Vatican television, who had good relations with Ruffini. Already at that time, a link between the Vatican media department and the Italian Bishops’ TV was established. The two are reportedly still in good terms.

The appointment recalls the times when the Italian Bishops’ Conference was a reference point and “fueler” of the Vatican dicasteries.

Ruffini’s appointment was preceded by another Pope Francis’ particular decision: that of appointing Bishop Nunzio Galantino, general secretary of the Italian Bishops’ Conference, as president of the Administration of the Patrimony of the Apostolic See. Even in this case, a man appointed to a leadership position in the Italian Bishops’ Conference became a highly ranked Vatican official.

Already Bishop Marcello Semeraro of Albano has been tapped as secretary of the Council of Cardinals, and some are rumoring that he might climb to the rank of “Deputy” to the Secretariat of State, although the race for the new position seems to be restricted to a choice among diplomats, Archbishop Giordano Caccia or Archbishop Girasoli.

Pope Francis’ look toward Italy, and toward the Italian Bishops’ Conference, is striking if compared with the will to increase the Curia internationalization.

What is the criterion behind this paradox?

Above all, Pope Francis wants to do a reset. Ruffini, for example, is considered a man of dialogue, the right man at the right place to carry on a complicated reform, overcoming the hurdle that the former prefect is the current number 3 of the dicastery.

He is a layperson in a top Curia position, for the first time in history. Beyond Ruffini’s skills, it is worth asking why this decision to put a lay person at the helm of a Vatican dicatery was made.

The fact that the Secretariat for Communication was made the Dicastery of Communication was a clue that the new Prefect was not going to be a member of the clergy. At the same time, the name “Dicastery”, as vague as it is, does not apparently describe offices with specific tasks in the Roman Curia, as happened in the previous reforms. It rather describes any kind of office, whatever its ecclesial weight might be.

This is a substantial shift. The Roman Curia cannot be compared to a ministry of a State. It is the arms of the Holy See, that is, of the Pope. Heads of dicasteries have always been at least bishops because there was an ecclesial need to be in episcopal collegiality with the Pope.

However, Pope Francis thought that the change of mentality can only be really put in play by someone coming from the outside. It is not clear, however, how much people from outside understand the Holy See and its message in depth, beyond any technical skills.

This problem arose at the beginning of the Pontificate, when Papal commissions and external consultants took in the end the full stage of the discussion of Vatican Reform, sometimes without even understanding the Holy See and its character. It was a company-like mentality, that has been supported by Msgr. Viganò, too, from whom popular commentators now distance themselves.

However, even Ruffini’s choice can be considered a company-like choice. The Vatican looked to an external professional to conclude a reform that faced resistance and misunderstandings, but that was immediately described as a technical reform rather than a reform focused on the Church’s global message. The Pope is thus mostly considered a brand.

As he is starting to shape the Curia his way, it seems that Pope Francis has made two decisions contrary to the way he is perceived: on the one hand, there is a strengthened link with the Italian Bishops’ conference, with the return to a sort of Italian exception that was going to be lost after Benedict XVI’s reforms; on the other hand, the return to the outsourcing, after the failed experiences of the commissions of the beginning of the Pontificate.

All of this is paradoxical, even more so if we consider that Pope Francis thinks in practical terms. His pragmatism conceived the notion of the reform in the making that is in the end a path of trials and errors.

If there is a criterion, this criterion is that of appointing new people to create a new mentality and a break with the past, notwithstanding what it implies; it is the criterion of a Church that is outward bound, that is a less Roman Church; a Church that takes more in consideration the local bishops’ conferences, which means that the Curia is no longer the center of the Pope’s thoughts.

This can be glimpsed by the provisional title of the new Apostolic Constitution that should conclude the Curia Reform, “Praedicate Evangelium”, preach the Gospel.

This title immediately redirects attention away from the Curia, giving the idea that the Curia should be at the bishops’ conferences service. In the end, this is the end of the notion that everyone looks at the Curia because everyone looks at the Pope, since the Pope is not a mere pragmatic guide, called to make decisions in difficult situations (and Pope Francis can do so strongly, as it happened with Chile), but he is rather the guide of a Church that needs to be confirmed in faith.

One Response to Pope Francis’ Paradox