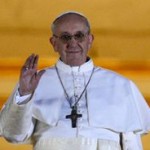 The eve of Pope Francis’ sixth anniversary of Pontificate was shocked by the news that Cardinal Philippe Barbarin, archbishop of Lyon, was sentenced on first grade to six months of prison for covering up abuse. It was likely a clue: this year will not be easy to Pope Francis.

Cardinal Pell will appeal. He was accused of abuse in 2002, and he self suspended from the administration of the archdiocese of Melbourne to clear his name. Even at that time, there were many doubts about the allegations he was charged.

Cardinal Barbarin will appeal, too. He was already plead not guilty in 2016 for the same allegations from the same people, though media did not highlight that. The trial against him took place because in France it is possible to make a direct sue, and so the defendant is directly brought to trial. This is what happened, and Barbarin was tried while new alleged victims spoke out, and even a documentary moved the public opinion against the archbishop of Lyon.

Cardinal Barbarin already announced he will resign from archbishop of Lyon. Immediately, media reports made subtly think that he was going to lose the title of cardinal. Not true at all. Only a Pope can take away the red birretta, and Barbarin will still be a cardinal even if his resignations will be accepted.

The possibility to influence the Church is too juicy, and press always tried to do that. It did before the 2013 conclave, when the press criticized the possibility of some cardinals to get into the conclave, and the general reason was because they allegedly cover up abuse.

The pressure brought to the Holy See’s decision of preventing Cardinal Keith O’Brien to participate to the conclave. Because of sexual misconduct, Cardinal O’Brien was deprived of his rights and duties of cardinal.

The pressure also made the Secretariat of State react, with a strongly worded note.

The Secretariat of State wrote: “The freedom of the College of Cardinals, that has the duty to elect the Roman Pontiff, has always been strenuously defended by the Holy See, to guarantee that its choice was uniquely based on assessments for the good of the Church.”

“In the course of centuries, the note went on, Cardinals had to face multiple forms of pressures, exercised on the single electors and on the same college, with the end of conditioning the (College’s) decisions, folding them to political or worldly rationales.”

The Secretariat of State finally accused that “if in the past, the so called powers, that are the States, tried to condition the election of the Pope, now the weight of the public opinion is used as a tool, often on the basis of evaluation that do not catch the spiritual aspect of the moment the Church i living.”

For this reason, the note concluded, “as the Conclave approach and voting cardinals will be kept, in full conscience and in front of God, to express in full freedom their choice,” it is “deplorable that non verified, non verifiable or even fake news are always more spread, also causing much damage to people and institutions.”

It was 2013. This media pressure never fell down. And it is perhaps the main hurdle Pope Francis will have to face in the upcoming year of pontificate.

The summit on the Protection of Minors in the Church was a Pope Francis’ attempt to bridge with media. In his Christmas speech to the Roman Curia in December, Pope Francis praised media that shed light in the cases of abuse. In the final speech of the summit in February, Pope Francis admitted that in the end there is media pressure.

This year, Pope Francis scheduled a lot of international trips: Bulgaria, North Macedonia and Bulgaria are already scheduled, there will be one or two to Africa, and almost certainly another to Japan. However, the issue is how Pope Francis can keep the Church’s credibility up, especially about the abuse crisis.

Pope Francis took a strong commitment to counter abuse by clergy. He established the Pontifical Commission for the Protection of Minors, he met with the victims also in the Vatican.

On the other hand, he tried to balance issues. The Chile’s scandal was tackled only when allegations were undeniable: Pope Francis defended his priests until the very last moment. The same he did with McCarrick issue, that the Pope strongly tackled only when things seemed to be clear.

Other examples: Archbishop Gustavo Zanchetta was not asked to resign from his post of assessor of the Administration of the Patrimony of the Apostolic See, a post made and tailored for him by Pope Francis. Cardinal Pell could take a leave of absence, and he ceased to be prefect of the Secretary for the Economy only when his term expired. Cardinal Wuerl’s resignation as archbishop of Washington after the retirement age was welcome by the Pope with a letter that praised him: Cardinal Wuerl is still there at the archdiocese as apostolic administrator.

Pope Francis has always held valid the principle to be innocent until proven guilty. It will also be valid for Cardinal Barbarin, who wants to resign, but whose resignation should not be accepted to keep a certain coherence in tackling these issues.

Pope Francis’ sixth year of pontificate will be played on these details.

Lately, everything speed up, and some one even talked of a “end of pontificate” climate. It does not seem so. However, the Pope certainly wants to close some open situations.

Although there are many open situations, everything seems to be focused on the abuse issue Once again, media dictated the agenda.

Even the summit talked about the issue. Valentina Alazraki, journalist, told bishops that journalists could have been their best allies in case of transparency and the worst enemies in cases of covering up.

Likely unaware of that, Alazraki implicitly stressed that journalist are a power, while reporting became secondary. This was noticed in the closed door discussion that followed the lecture. Outside of the hall, this message was not caught.

When it is perceived as a power, journalism ceases to be journalism. It becomes necessarily biased. It makes the decision to stand on one or another side, and it is not important if it take the right of the wrong side. Objectivity is non existent, and everybody writes from his or her perspective. Journalism, however, has the mission to serve truth, rather than being allied or enemy to someone.

The same Pope Francis pontificate was born with the original sin of seeking a new narrative.

The idea was to have a media friendly pontificate, able to alleviate the Church from the attacks she was targeted.

Behind Pope Francis’ back, there has been a strong agenda, from the theological to the media point of view. Though things didn’t exactly go according to the agenda imposed to Pope Francis, the feeling that the Pope might revolutionize the Church is still there.

This feeling is not supported by facts, but merely by the impressions the Pope gives with his way of doing and his phrasing, that is often vague, unclear and open to many interpretation.

De facto, after six years, there are and have been: a so much awaited Curia reform that will undergo a world consultation; a great Pope Francis’ image that did not help the Church to renew; another Vatileaks; the presence of many group of pressures (the real issue is not the gay lobby per se); the request to the Church to change her doctrine; and abuse cases, used to undermine the Church’s credibility, are still there.

After six years, there have not been the great, expected revolutions. Pope Francis discusses with everyone, but makes personally his decisions, setting aside collegiality and replacing it with the notion of the Church “Holy Hierarchical Mother”.

From the other perspective, we have a series of different items. Some example.

Pope Francis often speaks about the ideological colonization, and used strong words to counter abortion and to defend natural family; Pope Francis reiterated that he is not going to pave the way to the admission of married priests, and the fact that the special Synod on Pan-Amazonic region will likely put the issue on the table will not mean the Pope will decide accordingly. Pope Francis often showed not to lake doctrinal stances, and for this reason he never responded to the discussion arose after the publication of Amoris Laetitia.

On the other hand, beyond some doctrinal issue bore by the post-synod exhortation, Pope Francis never changed the Church’s doctrine on marriage and family. Pope Francis has underscored that the defense of life must be framed in the wider field of the social justice, but he did not change the doctrine, and in particular Humanae Vitae, as it was thought.

Six years after, we are now experiencing a Papacy that needs to recover some credibility, while secular world figured out this was not the Papacy expected.

The abuse crisis came again into play. How to treat the abuse cases? Police must be given the opportunity to intervene in Church’s fact, or should the Holy be more attentive to preserve its independence?