Pope Francis, pragmatism and the decisions to be taken

By Andrea Gagliarducci On 5 dicembre 2022 · 3 Comments · In Vatican 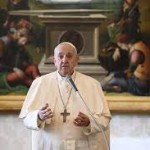 The interview that Pope Francis granted this week to the Jesuit magazine America is a synthesis of Pope Francis’ pragmatic worldview. Indeed, the Pope is faithful to the principle that realities are greater than ideas, and he looks to the world in concrete terms, in a way that is pragmatic to the point of appearing cynical.

This pragmatism also shows a way of revealing himself to the world or of facing the world. Pope Francis never gives clear-cut opinions, and when he has to provide them, he uses history, even if a little manipulated and imprecisely, to explain that he is not the one who thinks in a particular way but that his approach has already taken root and, therefore, from this point of view, it cannot be criticized.

But this pragmatism also has practical contraindications, which could be particularly dangerous.

There are two passages from the America interview that show this pragmatic approach.

The first concerns the war in Ukraine. For some time, the Pope has tried to have a moderate approach to the issue of the war, which aims, above all, not to offend the Russian side. The Pope’s reasoning seems to be this: if the Russians feel part of history and are not excluded or under attack, they will be more inclined to discuss an end to the war.

Hence, the Pope’s statements on the atrocities of war were attributed first to mercenaries and then to so-called “non-Russian” ethnic groups, such as Chechens and Buryats. The Pope clearly underlined, perhaps for the first time, that the aggressor is Russia.

It is a pity that this pragmatism has not had the desired effects. Indeed, the remarks about Chechens and Buryats aroused the ire of the two populations. Even the Russian Foreign Minister Lavrov stressed that the Pope had made “non-Christian declarations.” If the goal was to open a dialogue with Russia, this has not have been achieved.

And it was not achieved because these statements lacked real substance, were unplanned, and worded in “plain” terms by the Pope. Pope Francis does not like institutionality. Unfortunately, however, some statements necessarily become institutional.

The second passage regards the possibility of a more significant role for women in the Church. Pope Francis, also in this case, is careful not to state a clear position. He limits himself to saying that the Petrine ministry “does not allow” the entry of women into religious orders, but that in reality, women after all have a “Marian ministry,” which is worth much more, and, indeed, when there are women involved, things work better.

The impression is that of a Pope with a clear vision on the matter, but this vision is not made explicit. The goal seems to be not to displease anyone. The Pope knows that he won’t concede anything to the idea of women in the priesthood, but at the same time, he doesn’t want women to be undervalued.

Also in this case, everyone is left unhappy: those who wanted a clear position from him to close the issue and those who wished the question to be reopened.

In the end, Pope Francis’ pragmatism leads him to grant too much of himself to public opinion, even to the point of not defending the men of the Church. Hence his balancing-act positions on the reports on pedophilia in the Church in France and Germany, reports containing questionable statistics, which the Pope accepted, going so far as to apologize for the abuses.

It is a pragmatism that also led to accepting the resignation of the archbishop of Paris, Michel Aupetit, on the altar of hypocrisy, and to the call for the suspension for six months of Cardinal Rainer Maria Woelki, archbishop of Cologne, for what the nunciature called miscommunication.

And it is a pragmatic approach that leads the pope to redefine the Vatican rules to the point of allowing cardinals to be tried by an ordinary tribunal, which leads him to reform the Curia by eliminating the principle according to which authority derives from religious orders; or not declaring that the fetus is a human being to avoid controversy, as the issue “is still debated.”

Pope Francis loves the geometric figure of the polyhedron and often uses it to describe reality. One could say, making a comparison, that this is a multifaceted papacy because it is difficult to see all the faces and facets of him.

In what has long seemed to be the last glimpse of the pontificate or at least a period in which the Pope himself has lost his driving force, the pragmatic approach risks creating a two-speed Papacy: one that is attentive to public opinion and one that instead, precisely because of this pragmatism, isolates itself and leaves a Pope alone in command, and thus exposed to his own mistakes.

It is an important issue to be defined for the future, all the more considering that Pope Francis has changed the prefect of the Economy and must find replacements for the heads of at least four other dicasteries in the Curia.

Change everything to change nothing, was said in the Leopard. Is this, perhaps, the pragmatic idea of Pope Francis? Perhaps. But it is not the Church that has not changed, but rather the pontificate, which continues to repeat itself. This is also an issue to be discussed.

3 Responses to Pope Francis, pragmatism and the decisions to be taken