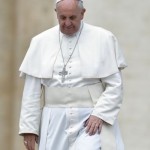 There is a recurrent theme in all the conversations around curial reform as well as an eventual reform of Catholic doctrine on the basis of the outcome of the coming Synod of Bishops: the theme is ‘sensus fidei fidelium’ (literally, the sense of faith on the part of the faithful), that is, the intuition possessed by the faithful in understanding correctly matters concerning the Faith. Pope Francis often mentions it when he insists that the People of God, in its entirety, cannot fail. Cardinal Reinhard Marx also used this argument during the Synod of Bishops, when he affirmed that doctrine is not something fixed, but must be adapted according to the signs of times and to the sensibilities of the faithful. And in the end this is the rationale of the organization behind the Synod of Bishops – an organization that seems to be trying to use the questionnaires delivered to the bishops’ conferences as a means for pressuring the Synod Fathers into accepting more “pastoral” approaches as distinct from “the mere application of doctrine”- as the 2015 Synod’s Lineamenta suggested.

The theme will be certainly pivotal this week. The Council of Cardinals will meet for the 9th time from April 13-15 in order to shape curial reform. April 15 is the also the deadline for returning the Synod questionnaire to the Synod’s General Secretariat. The responses to the questionnaire will become the pillars of the ‘working document’ of the Synod. This Synod will certainly be an occasion of intense media debate. But it will also probably be a synod in which the doctrinal line will win out – with Pope Francis’ full support. Pope Francis loves to put everyone into a state of conversation, as if a permanent synod were taking place. But in the end, the Pope is – unlike than the way he is usually portrayed – a traditionalist.

Proof of this are Pope Francis’ references to ‘sensus fidei’, that he takes directly from the documents of the Second Vatican Council. Francis is the first Pope who did not take part in the Second Vatican Council. He read its documents, he applied them to his pastoral work. But he does not directly know the profound, in-depth and lively discussion behind each of the Council’s documents. He was not part of that history. This is the reason why some of his statements are not properly contextualized. And why every side seeks to lay claim to them.

When he states that the totality of the faithful “cannot fail,” he is just quoting the Second Vatican Council’s Dogmatic Constitution “Lumen Gentium.” In this way, he prompts an ongoing conversation among all the parties, and tries to push this “sense of the faith” concept on the faithful: bishops, priests and laity. At the same time, Pope Francis is well aware of the second part of Lumen Gentium, number 12, in which it is emphasized that “judgment as to the genuineness (of charisms) and their proper use belongs to those who are appointed leaders in the Church, to whose special competence it belongs, not indeed to extinguish the Spirit, but to test all things and hold fast to that which is good.” Pope Francis, in fact, always affirms that the Church is “hierarchical”.

The influence of this second part of Lumen Gentium, number 12, on Francis’ reasoning is never taken into consideration. One reason for this lies in the fact that it is convenient to portray the Church preached by Pope Francis as “moving outwards,” as a Church that is going to disintegrate, to lose the unity of its doctrine and to become irrelevant in the public arena, because it will be subject to trends and public opinion.

Yes, the secular world views the Church in these terms. But Pope Francis’ adhesion to this second part of Lumen Gentium, number 12, is probably not taken in proper consideration when an appeal to “sensus fidei” is made by those seeking within the Church to break it up.

An example of this tendency can be seen in this past week’s discussion of curial reform. Cardinal Reinhard Marx is one of the biggest promoters of a reform in the Roman Curia. He recently insisted that “local Churches are not subsidiaries of Rome.” He also proposed that autonomy to be given to each bishop, because there may be situations in which the bishop alone understands certain sensibilities of his flock. The idea of diminishing the role of the Congregation for the Doctrine of the Faith and transferring some of its competences to dioceses or bishops’ conferences is often presented in discussions on curial reform, with Cardinal Marx’s full backing.

At the same time it is also true that the Congregation for the Doctrine of the Faith has not been a major object of discussion in terms of the new shape of the Roman Curia. Discussions have focused more on the establishment of new super-Congregations (for Charity, Justice and Peace; for Laity, Family and Life) in an effort to streamline the Curia. There was even a discussion about a possible reshaping of the Secretariat of State, and about reorganizing the Curia so it is run by four Secretariats – one of these being the General Secretariat of the Synod of Bishops. Holy See economic reform was also much debated, while almost no attention was paid to the economic reform that was already underway since the pontificate of Benedict XVI. Had that reform been implemented, there would have been no need for the establishment of new structures, as subsequently took place.

Looking more in depth, it may be that the establishment of new structures, a sort of parallel Curia, is an outcome of an erroneous interpretation of ‘sensus fidei’ – a recurrent mistake in the post-conciliar era. As a result of this mistake, some people may be led to reason that the perceptions of the lay faithful concerning the Church should influence the decisions – including the doctrinal decisions – that its pastors make, and that these decisions are ‘rightly’ made when they are made on the basis of the public image of the Church instead of on the basis of theological substance.

This is the “original sin” of such huge curial reform projects. People working in the “hidden Vatican” are well aware of this original sin. These officials don’t grab media headlines, but they have been working quietly for years within the Holy See to purify and improve its structures in order to preserve the deep unity of the Church.

Cardinal Gerhard Ludwig Mueller, Prefect of the Congregation for the Doctrine of the Faith, is aware of this too. By his public declarations, Cardinal Mueller has turned into the arch-enemy of those who want to transform the Church by hammering it with majority public opinion.

Cardinal Mueller has just published a new book, so he has been giving a lot of interviews. The interview he granted March 29 to the French Catholic Newspaper “La Croix” provoked a loud reaction. In the interview the Cardinal explained that “the advent of a theologian like Benedict XVI on the Chair of Peter is probably an exception. But John XXIII was not a professional theologian. Pope Francis has a more pastoral approach, and so the Congregation for the Doctrine of the Faith is entrusted with the mission of providing a theological structure to this pontificate.”

These words alarmed the progressives who want to draw Pope Francis over to their side. Some of their comments maliciously suggested that Cardinal Mueller was implying that the Pope has no theological structure. A devious way to put it, indeed.

In a similar manner Cardinal Mueller is responding to those pushing a secular agenda from within the Church and behind Pope Francis’ back. Cardinal Mueller never misses an opportunity to stress the need for a theological foundation for curial reform, to insist upon the natural differences between the Synod of Bishop, the Roman Curia and Bishops’ Conferences, to denounce the heresy at the basis of the claim that local Churches are autonomous, since the Church is universal. In the end the struggle is between the particularity and universality of the Church.

This struggle is present in the debates surrounding the upcoming Synod of Bishops. At the 2014 Synod, the universality of the Church was defended by the geographical peripheries, especially by bishops from Eastern Europe and Africa. In a recent interview Cardinal Wilfried Fox Napier of Durban explained that African bishops are already preparing a report in order to demonstrate how the current teaching of the Church on marriage is good, and how this can be verified by the many marriages that work.

A certain casuistry, instead, dominated the public discussion: pastoral care for homosexual couples and pastoral care for divorced and remarried people are the topics that grab media attention more than any other.

There is a need to go beyond casuistry, and the General Secretariat of the Synod of Bishops now has all the tools to do so. Recently the Pope appointed new consulters to the General Secretariat. Among them is Fr. José Granados, Vice-President of the Pontifical John Paul II Institute on Marriage and Family. In spite of the fact that the Institute was widely quoted in the working document of the 2014 Synod, none of its professors was appointed to the Synod. This was a hotly debated issue, since this is the only pontifical institution that actively works on the issue of family.

Among the new consulters – another good tool for the Synod – is Dario Vitali, Professor of Ecclesiology at the Gregorian University, considered to be among the liberals. Vitali wrote his doctoral thesis on the ecclesiastical functions of ‘sensus fidelium’, and returned to the topic in an article published in the theological journal “Gregorianum”, titled: “Sensus fidelium and public opinion.”

In this article, Vitali wrote: “The weight of an artificially steered public opinion and of the resultant conformism also exercise an influence. Often, models for society disseminated by the mass media take on a normative value; in particular, the conviction arises that the Church should speak only about issues that are considered important in public opinion, and only in the way that public opinion deems convenient.” Vitali then added that dissent “sometimes appeals to a sociological argument, according to which the opinion of a great number of Christians is a direct and adequate expression of the supernatural sense of faith (sensus fidei).”

This latter is a concrete danger for the 2015 Synod. Already the recommendations of the 2014 Synod risked being driven by the media. At the same time discussion about curial reform has been carried out through press interviews and public statements, more so than through a quiet and discrete preparation of a well pondered reform, capable of reflecting the mission of the Church.

In the end, what is the ‘sensus fidei’? An exemplary explanation was offered by Benedict XVI in his July 7, 2010 general audience.

The Emeritus Pope said that “concerning the teaching on the Immaculate Conception, important theologians like Duns Scotus with the specific contribution of their thought enriched what the People of God already spontaneously believed about the Blessed Virgin and expressed in acts of devotion, in the arts and in Christian life in general. (…) The People of God therefore precede theologians and this is all thanks to that supernatural sensus fidei, namely, that capacity infused by the Holy Spirit that qualifies us to embrace the reality of the faith with humility of heart and mind. In this sense, the People of God is the “teacher that precedes” and must then be more deeply examined and intellectually accepted by theology. May theologians always be ready to listen to this source of faith and retain the humility and simplicity of children!”

Who knows whether Benedict XVI reminded Pope Francis of this. The two Popes often meet. That the Emeritus Pope may serve as a hidden adviser to Pope Francis’ is more than a possibility.