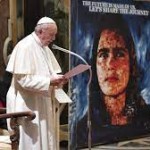 Pope Francis’s decision to appoint a commissioner for Caritas Internationalis represents for the pontificate yet another plunge into the past. The idea of changing the Statutes of Caritas again, after ten years and a precise direction given by Benedict XVI, risks giving the impression that there is no genuine desire to reform the Church. Instead, there is seemingly a wish to turn the hands of the clock back to before the pontificate of Benedict XVI.

To understand this statement, we must go back to 2012 and the reform of the Statutes of Caritas Internationalis desired by Benedict XVI. The reform came amid an intense debate that had arisen in the institution when in 2011, it was decided not to re-elect Lesley-Ann Knight as secretary general of the confederation.

Knight’s work had been praised by the then president, Cardinal Oscar Andrés Rodrigues Maradiaga. But there were several problems.

For example, during the years of her mandate, the Canadian Organization for Development and Peace joined the Confederation of Caritas Internationalis. Many pro-life organizations pointed out that CCODP supported the legalization of abortion, distributed contraceptives, and supported pro-gender policies. Knight, however, defended the CCODP in a letter to donors.

These circumstances led Benedict XVI to reform the Statutes of Caritas Internationalis, placing the confederation under the umbrella of the then Pontifical Council Cor Unum. The new statutes also established a series of principles that would have avoided the risk of accepting in the confederation organizations not in line with Catholic doctrine.

The principle was that of “Charity in truth” outlined in Benedict XVI’s encyclical Caritas in Veritate. Principles that the outgoing general secretary criticized in an interview, underlining how a too-Catholic profile would keep donors away. Knight later became CEO of the humanitarian organization The Elders, which had Kofi Annan among its presidents and carried on the globalist principles that had been opposed.

Ten years later, however, the statutes of Caritas are called into question, and a commissioner is appointed in a move that seems exaggerated, considering that the same press releases speak only of management problems and not of financial issues or sexual scandals. A manager was chosen as Caritas commissioner, Pier Francesco Pinelli, who had already been called to conceptualize the merging of the Pontifical Councils for Justice and Peace, Migrants, and Cor Unum, and who then joined the team of inspectors on the resulting department.

It is a decision that points to a different approach, less anchored on principle and more focused on the principles of business management.

Such a claim seems perhaps exaggerated. There are, however, several elements to consider.

First, Benedict XVI became Pope after a long end period of the pontificate of John Paul II, who could no longer make all the decisions, and around whom there had been strings of power and interest that were not easy to unhinge.

Benedict XVI was chosen precisely because he was among the few with an unassailable reputation and the ability to bear such a great legacy on his shoulders. Benedict XVI began the work of redefining things, purifying them, demundanizing them according to a term dear to him. The philosophy behind this reform was outlined in his speeches in Germany in 2011, in front of a Church, as he explained, which risked being rich in works, but poor in spirit. For him, the Church in Germany was the example not to follow, or rather the laboratory of things to avoid.

Many reforms of Benedict XVI must be read along this line. For example, the reform of the Statutes of Caritas Internationalis. But also the financial system reform and adherence to international standards compatible with the mission of the Church. And the institution of the Pontifical Council for the Promotion of the New Evangelization, the office on seminaries within the Congregation for the Clergy, and the guidelines for pontifical diplomacy.

The pontificate of Benedict XVI was a great effort to re-establish the principles of the faith, to break old consortiums of power, and to give a new philosophy to the government of the Church. Then, in 2013, Benedict XVI renounced, and in the declaration of his renunciation, there was a precise signal: we needed a younger pope who could carry on the work. It was no longer time to create the principles, it was time to put them into practice with strength, energy, and constancy against any headwinds.

On the other hand, the cardinals in the Conclave did not choose a young pope but a possible transitional papacy. It was known that Pope Francis had a specific mandate to reform the Curia. But it was immediately apparent that the debate was dominated by the old Curia set aside by Benedict XVI. Many were elderly, and many would lose power in a short time. The renunciation gave them one last chance.

Cardinal Danneels spoke of the “St. Gallen mafia,” and Austen Ivereigh spoke of “Team Bergoglio” operating in the election of Pope Francis. There was, however, a clear agenda behind Pope Francis’s back, which was to go back in time. Going back to go forward, this is the paradox. Going back to a Church more in line with the times, more managerial, more organized, and more able to speak to the world.

That Pope Francis wanted, in some way, to remedy the past has been seen in many signs. For example, the creation of the so-called remediation cardinals signaled a clear stance with past decisions. Like the former nuncio to Belgium Rauber, who was the one who did not want the appointment of André-Joseph Leonard as archbishop of Brussels (and in fact, Pope Francis did not create him a cardinal, but gave the red hat to his successor de Kesel). Or the red hat given to Archbishop Fitzgerald, whom Benedict XVI had sent as nuncio to Egypt when his promotion to head of a department seemed natural,because the Pope did not share his vision of dialogue with other faiths. Or, again, Enrico Feroci’s creation as cardinal, whom Cardinal Ruini had never wanted to promote as bishop.

These are signs that indicate a clear judgment of the past. Formally, Pope Francis has not changed anything in the doctrine. In practice, however, he carried out a series of actions that were, in fact, a return to a past view where doctrine could be changed, or at least that deviation from the doctrine could be tolerated.

Even the first ideas of reform of the Curia, and even the Council of Cardinals, were part of an agenda that had been defined in the last days of John Paul II, just as Cardinal Carlo Maria Martini proposed the idea of a great debate on the family in the General Congregations that preceded the Conclave of 2005.

Pope Francis has sent an inspection wherever there was a cut with the past. The inspections served to make decisions already made. The emphasis placed on the application of the Second Vatican Council stands, for example, as a clear contrast to the moderate application of the Council that existed in the years of John Paul II and especially under Benedict XVI, who, since the first Christmas greeting to Roman Curia, promoted the theme of the hermeneutics of continuity.

Last year, with the Traditionis Custodes, Pope Francis began the final acceleration, which aims to establish his principles, erasing the old ones. The Traditionis abolishes a previous norm of Benedict XVI, the liberalization of the ancient rite.

Then there was the reform of the Curia, finally defined, which responded to pragmatic rather than ideal criteria. Indeed, divorcing authority from the order is part of that post-conciliar agenda which, in the end, placed the priest in the background. The risk of the NGO Church, feared by Pope Francis, is also in these decisions.

Now, there is this decision to revise the Statutes of Caritas Internationalis, which, among other things, were reformed just three years ago. The feeling is that this is another step towards dismantling the work done.

Of course, there was an agenda behind Pope Francis’s back, as there has been behind every Pope’s back. What is not understood is how much the Pope agreed with the agenda or acted only because the councilors pushed him. Indeed, the evangelical principle of charity in truth has been replaced by the pragmatic principle “realities are greater than ideas.” Based on this principle, the risk is that the Church becomes irrelevant. And not just for the world but for Catholics themselves.