Pope Francis: Who Are the Church’s Enemies? Pope Francis and Benedict: Between Mercy and Truth 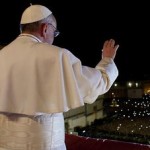 What Church does Pope Francis have in mind? The question is urgent after three years of his pontificate and on the eve of the publication of the post-synodal apostolic exhortation, that should be released after Easter.

A draft of the exhortation was examined by the Congregation for the Doctrine of the Faith, which sent some 30 pages of suggestions for adjustments. Afterwards, it was sent back to the Pope, and ever since it has been in the hands of his closest circle of advisers. No one, outside of those close associates, knows how the document has been changed.

Perhaps, the publication of the document is loaded down with too many expectations. However, in many senses, the post-synodal apostolic exhortation might be the crossroad of this pontificate. Will the exhortation be analogous to Humanae Vitae, Blessed Paul VI’s last encyclical that deprived those who were pushing for a change (a doctrinal one) in the Church? Or will the exhortation represent a groundbreaking document with the Church’s tradition?

Both possibilities have pros and cons. Likewise, interpretations of Pope Francis’ pontificate might vary according to situations. Let me explain.

The latest debate over Pope Francis’ pontificate broke out when the Mexican magazine Desde la Fé, in an unsigned op-ed piece, rejected criticisms of Pope Francis’ address to the Mexican bishops, when he spoke to them off-the-cuff during his trip there. The op-ed claimed that Mexico is an exception – the only Latin American country where Catholics are the majority and are able to contain the rise of evangelical sects. The op-ed suggested strongly that the Pope might have been badly advised about Mexico.

The first suspect of the bad advice would be Archbishop Cristophe Pierre, for more than 10 years nuncio to Mexico and – it seems – ready to cross the border to be appointed nuncio to the United States.

The op-ed, in the end, emphasized how the Pope was informed about small internal quarrels, or even of ‘lobbies’ that are always active when bishops are to be appointed, as everyone has his preferences. But the Pope stayed on this point, he did not look beyond this ‘small fact’ even as the nuncio did not look beyond it.

Indulging in petty matters is a sort of leitmotiv of Pope Francis’ pontificate. It is part of the notion of the ‘field hospital’ Church, that is, a Church called upon to provide first aid immediately, seemingly without a long-sighted vision.

This statement leads to questions. Why are those who take a longer view apparently ousted from this pontificate? And how is the Secretariat of State working? Is there anyone able to help the Pope to gain a wider view? The Pope, in fact, is seemingly left alone in command, while others are playing their games.

This view should be widened in order to understand which game is being played at the moment. Cardinal Pietro Parolin, Secretary of State, is very good at interpreting Pope Francis’ moods. In this way, he was able to re-position the Secretary of State once again at the center of the curial organization; he retained exclusive control over the content and release of official Vatican communiques, despite the establishment of a new Secretariat for Communications; and he made sure that all decisions – even the last one on the new norms for the financial administration of the Congregation for the Causes of Saints – will pass through the direct relationship between the Pope and his Secretary of State.

Perhaps, Cardinal Parolin’s moves are not intended solely to address matters within the Church, nor merely at proposing himself as the guarantor between the many souls constituting the Roman Curia. Perhaps the real aim is to show the world his skill in balancing positions. Cardinal Parolin reassures the Curia when he prevents dysfunction.  But he also reassures the world when – for example – the Secretariat of State he governs promotes a change of protocol for Catholic heads of state which consents to those in irregular marital situations permission to visit the Pope accompanied by their spouse. Integration is the way to dialogue with the secular world. And this dialogue is carried on with criteria and languages that are secular, from many points of view.

Some people, within the Vatican walls, emphasize that this work could be decisive in a future conclave. This way, the preferences of cardinals might swing toward Pietro Parolin, who is young, loved by the secular world with which he entertains a prudent dialogue, and gifted with a pastoral approach that points to his origins in the Italian north-eastern countryside.

Is Cardinal Parolin Pope Francis’ candidate for succession? If we judge by the way the Pope accepts the Cardinal’s suggestions, we should say yes. But sources close to Domus Sanctae Marthae say it is not like this. The Pope would prefer another type, they maintain.

The first thought then goes to Cardinal Luis Antonio Tagle, Archbishop of Manila, and the current President of Caritas Internationalis. He is always in the media and in attendance at a number of Vatican events, even though his presence is not given much notice.

Cardinal Tagle would represent “the poor Church for the poor”, and would fit in with the Pope Francis’ expectations: a pastoral churchman with the capacity of holding firm on some points, as happened when he opposed an abortion bill in the Philippines.

Still, people close to Domus Sanctae Marthae maintain that Pope Francis might prefer Cardinal Robert Sarah. As Prefect of the Congregation for the Divine Worship and the Discipline of Sacraments, Cardinal Sarah combines knowledge of the Curia with pastoral skills (he’s been the youngest bishop in the world, appointed when he was 34). Cardinal Sarah was above all the leader of the posse of African bishops, among the most tenacious opposers of every hint of doctrinal change on marriage or family during the last Synod.

How is it possible that the Pope would back Cardinal Sarah – considered a chosen one by many – if the Pope himself has a different approach to doctrine and to internal Church debates?

Often when analyzing Pope Francis’ moves, we neglect to consider an interpretative key: he is Latin American. Deeply Latin American. And he is Jesuit. Profoundly Jesuit.

Latin America has its particularities. Liberation theology was introduced there when Leonardo Boff and Gustavo Gutierrez borrowed from European philosophical and Marxist categories. Gutierrez – thanks in part to the help of Cardinal Gerhard Ludwig Mueller – then purified his theology. But Boff did not. In general, theological discussions in Latin America are somewhat the victims of a certain pragmatism. It is not pure Marxism, but it retains from Marxism the notion that realities are more than ideas, and that realities must be faced the way there are.

In fact, there is a sort of pragmatism also behind the notion of the Church as field hospital. As there is some material pragmatism in many of the ‘social’ solutions proposed by Pope Francis, sometimes mixed with a certain populism that recalls the language of popular movements.

In this environment, Pope Francis looked for his own way: he rejected liberation theology, preferring instead the ‘theology of people’. That means that he favored the exaltation of popular piety over social war, and that opted to look at the way people live their faith more than at comprehensive visions.

In fact, Pope Francis thinks that popular piety and common sense are clearly reconciled with the defense of doctrine. This is one field where we sense that Pope Francis is profoundly a Jesuit. Doctrine is important, but not crucial to him. He tends to go toward peripheries, to maintain a dialogue with those are not even Catholics rather than dialoguing with Catholics. Instead of reinforcing doctrine, he looks for spaces to spread the faith. At the same time, he is deeply filled with St. Ignatius’ spirituality. The idea of the Church as ‘Holy Hierarchical Mother’ is very strong to him, as is the sense of penance and the discernment of spirits.

Pope Francis is not black and white. He is a wide range of greys. Hence, he can speak about ‘integration’ for the civilly divorced and remarried in the Church – thus opening to the possibility of a doctrinal break – and at the same time he can refuse the possibility for access to sacramental Communion for the same civilly divorced and remarried Catholics, since it would be a wound to marriage. This range of greys explains how he is able to prefer bishops with a pastoral approach and at the same time esteem Cardinal Sarah, or even Cardinal Carlo Caffarra, Emeritus Archbishop of Bologna, whose speeches during the 2014 Synod he loved.

Everything is unified through Pope Francis’ personality. In the end, the Pope is promoting the notion of a ‘less worldly Church’ that Pope Benedict XVI described. In fact, Benedict XVI has served sometimes as Pope Francis’ hidden adviser. Though the Pope is carrying forward Benedict XVI’s agenda, he is doing so in accord with his persona and his skills.

Pope Francis does not know the Roman Curia in depth. In general, he focuses mostly on small, pragmatic problems. He wants immediate and positive responses, and tries to make these responses quickly – sometimes hastily – effective. This was the modus operandi when he established a Pontifical Commission of Reference on the IOR (the so-called Vatican bank) and a Pontifical Commission of Reference on Holy See Administration (COSEA). In the end, when both commissions finished their job and were dissolved, the Pope kept the framework the way it was set under Pope Benedict XVI. This way, he is harvesting the fruits of that path for the general administration, financial transparency, and modernization of the rule of law in Vatican City State.

At the same time, Pope Francis sometimes seems convinced that all of these reforms are superfluous, as the life of the Church should be measured on the basis of pastoral activity. That is probably the reason why small quarrels grab his attention more than the general framework.

This rationale is behind the Pope’s off-script remarks that the Mexican bishops did not welcome. This rationale is also behind many of Pope Francis’ off-the-cuff remarks, which at times have made some people sick.

This is part of Pope Francis’ style. It is risky. Lobbies who promote an agenda to change the Church’s doctrine can exploit this style. Even people working from within the Church’s institutions to undermine the Church and deprive it of its sovereignty can take advantage of this informality. The final risk is that these lobbies can make their moves leaving the Pope unaware of what is going on.

Nevertheless, Pope Francis has a good political instinct. With the ‘Vatileaks 2’ trial, he de facto showed he wants to defend the Holy See’s sovereignty. The trial started again last Saturday. The way the trial will be conducted might provide another litmus test: will the Pope be convinced to shut down the trial and grant a pardon? Or will he defend the Vatican until the very end?

This is yet another moment when the Pope is called to make a decision. He usually tries to unify opposites. Perhaps, ‘coincidentia oppositorum’ is the way we can describe Pope Francis’ Church. The challenge is almost impossible.