Pope Francis, the challenges he will leave as his legacy 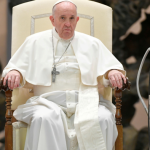 Next week, the Holy See / Vatican City State will receive the MONEYVAL progress report, which will judge the Vatican judicial system’s effectiveness. During the year, the Curia reforms should be formalized, with the promulgation of the new apostolic constitution, which has been expected for years. These are two crucial points in the pontificate of Pope Francis. But, in reality, they open the scene to even more significant, longer-term, and more difficult-to-manage challenges.

The road to MONEYVAL’s progress report has not only been bumpy. It was a journey through actual earthquakes. Since MONEYVAL started evaluating the Holy See, there had been continuity in the people who interfaced with the Council of Europe and carried out the financial reforms that resulted in four substantially positive relationships. None of these points of contact are in the Vatican anymore.

In what increasingly appears to be an internal feud, five Vatican officials (plus an additional one later) have been suspended, subjected to investigations resulting from a summary procedure established by Pope Francis. The investigations’ execution has left many doubts about respect for human rights. No accusations have yet been formulated. The subject of the dispute is the investment by the Secretariat of State in a luxury property in London.

The details of the financial transaction are more or less known. The Holy See found itself trapped by its intermediaries in a series of “boxes” that managed real estate and, at a loss, restructured the operation. To do this, it liquidated the financial intermediaries. These brokers were accused of cheating the Holy See and pocketing money illegally.

It is a summary, which does not take into account the innumerable nuances of the process. The fact is that even the Vatican judiciary does not seem to have taken this into account. The decisions of the court and the requests for an investigation were rejected twice by Italian judges and once by an English judge. The latter issued an order revoking a provision requested by the Vatican judges that was highly critical of the magistrates’ work.

The same magistrates have now requested a preventive arrest of one of the intermediaries, Gianluigi Torzi. In their long justification, they underline that the Secretariat of State could not invest and acted outside its competence.

This is not true because the law that transfers funds from the Secretariat of State to the Administration of the Patrimony of the Apostolic See is only from the end of this year – and among other things, it appears as a punitive decision for previous investments. Why are the Vatican magistrates presenting a reconstruction o events that has nothing to do with reality? What is the agenda?

From this situation arises the first great challenge of Pope Francis. Will the Pope succeed in giving new vigor to the institution of the Holy See? It must be realized that politically correct speeches or claims of transparency made at all costs are not enough to do this. The narrative shows that the processes were initiated from within, which means that the mechanisms developed work. But when the tools put the institution itself at risk, is it transparency? The danger is having created a system that is useful for public opinion, but not for the Holy See. The other risk is that of having overemphasized the judiciary power enormously, precisely in an anti-scandal function.

Therefore, the challenge of the future is that of an institutional balance, and perhaps of a typically Vatican judicial system and not one derived from a sliding door policy with Italy. After all, all the latest Vatican scandals have come from Italy.

Pope Francis’s second long-term challenge is closely related to the problem of the balance of justice. The Curia reform was born to rationalize expenses, but it risks becoming instead simply a means of giving a new image of the Church. The problem is that it risks creating issues for the Holy See when the reforms are thought only for the short term.

For some time now, Pope Francis has already applied some of the regulations of the reform. One is not to confirm people in the Curia for more than two five-year terms. For Pope Francis, it is a way of blocking careerism. It means the impossibility of the Curia bodies to make long-term plans. If there had been mandates of only ten years, we would never have had extraordinary characters like Cardinals Poupard and Tauran. They have marked the Holy See’s diplomacy for decades precisely because they provided project continuity.

For Pope Francis, it is a reform of mentality and returning to the idea of the Curia as a service and not as a career. The names being considered for the next high curial posts make it clear that the Pope wants to reach outside of the Curia, with few internal promotions, looking for profiles that have never had anything to do with the Holy See. Young profiles, among other things, are destined to have a lasting impact because, once they are archbishops or cardinals, it is difficult for another Pope to give them lesser positions or marginalize them. They can be sent far away at the most, but always with a position of a certain dignity.

In this case, the desire to show a change of mentality at all costs, equal to that of demonstrating transparency and zero tolerance at all price, can create a significant structural problem. How will the Curia be outlined if there is a constant and continuous turnover within it? How will the institution be preserved?

These are two of the significant long-term challenges facing Pope Francis. They go beyond his pontificate. They will constitute his legacy because the papacy will not be judged on the fruits of the here and now but based on what he leaves for the future generations, not only in terms of the prophetic message but also in terms of Church governance.

3 Responses to Pope Francis, the challenges he will leave as his legacy