Here is the reason why this Synod can be decisive for the next Conclave Pope Francis, how to get out of the crisis?

Pope Francis, the challenges on the table 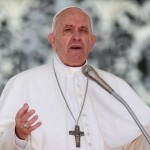 Though an ancient proverb says that the devil is in details, these do not help us understand the current state of affairs in the Vatican. The situation has two focuses: the search and seizures in the Vatican Secretariat of State and Financial Intelligence Authority; and the Panamazonian Synod. There is the temptation to point the finger at some particular people for the situation. But, to fully understand what is going on, we need to take a step back. This way, there is a greater possibility of reflecting on the general scenario, beyond any personality conflicts.

However, the focus should not rest exclusively on particular individuals or a single question. The investigation gave rise to more questions than answers. Above all, the international organizations that maintain good relations with the Holy See are wondering about the situation.

The issue is broader, then. The Holy See has been working for years in building a solid international reputation. It did so mostly with its financial reform. The Holy See abandoned having a privileged relation with Italy and instead entered the international arena as one of the actors in play, and not a junior partner of Italy.

The recent developments put this international credibility at risk. These came at the eve of the Moneyval fourth progress report on the Holy See. The report will be issued in the spring of 2020, but the Holy See must present its responses to the MONEYVAL questionnaire by the end of December. The last report, published in 2017, noted that the effectiveness of the Vatican anti-money laundering juridical system rested on the efficacy of the legal system. The report complained that the Vatican tribunals were not as effective as they should. Will the Vatican prosecutors prove that their juridical system is fit and that the tribunals have improved their work work since 2017?

The current institutional clash affects and challenges the effectiveness of the Holy See juridical system. In addition, the suspension of the director of the Financial Intelligence Authority raised concern among their counterparts. Can the Holy See system be effective if it infringes upon the autonomy of the intelligence authority?

The scenario goes beyond mere internal tensions, and the colorful stories making the reports juicier. The international aspect must not be underestimated.

Likewise, the discussion on the Special Synod on the Panamazonian region is often depicted as the most recent battlefield between progressives and conservatives. The categories of “progressives” and “conservatives” describe a relation of opposites, but they do not reflect the reality, which is more nuanced.

The discussion around the Synod – like many other discussions today – are nearsightedly focused on particular topics, rather than having a global view. It is the so-called “casuistry,” that Pope Francis warns against.

So, the discussions within and outside the Synod focused on some specific topics: the possibility of ordination of married priests, integral ecology, respect for indigenous populations, inculturation.

The proliferation of concrete topics lose sight of a central issue: can a special Synod dedicated to a single region make proposals that impact the universal Church? If so, how?

This issue should be at the heart on the Synod since it is about the unity of the Catholic Church. The declarations of many of the participants at the Synod underscore that the Synod considerations must be subjected to will of the the Pope. Both those who want doctrinal changes and those who oppose them back this view.

The fact that everybody is looking at the Pope shows that the scope of the Synod was left vague. The Synod’s working document was more sociological than theological. The Episcopalis Communion, the apostolic constitution that reformed the Synod of Bishops, opened the possibility of a deliberative Synod, that is, a Synod able to make decisions. This possibility is now suspended.