Pope Francis: The Criteria of the Church “Outward Bound”

By Andrea Gagliarducci On 1 febbraio 2016 · 3 Comments · In Vatican 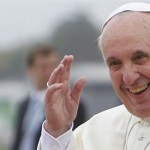 One of Pope Francis’ main tasks is that of “going toward peripheries,” not only the “geographical ones,” but especially “the existential ones”. He made this clear in the speech he delivered during the pre-conclave meetings that gained him the necessary votes in the Conclave. And he has never tired of restating this goal during these almost three years of his pontificate. The missionary Church, the “outward bound” Church is now one of the guidelines of the pontificate, certainly the main theme of the Apostolic Exhortation “Evangelii Gaudium”. But which are the peripheries Pope Francis prefers?

A clear signal of the Pope’s preferences might be hinted at by the choice of going for a one-day visit to Lund, Sweden, on October 31 to “commemorate” the Lutheran Reformation. Rumors that the Pope might go to Sweden have been circulating for a while. The reason behind this speculation was primarily that the Swedish Lutheran Church had officially invited him for the anniversary, and secondly because there were two slots in the Prefecture for the Pontifical Household’s official papal schedule that led one to think that papal trips abroad were possible. The official schedule indicates that the June 22 general audience and the June 26 Angelus were cancelled, along with the May 22 Angelus.

The first “slot” has a space of 4/5 days, and everything up to now leads to the conclusion that Pope Francis will visit Armenia, perhaps with a one-day stop in Georgia (where a Holy Door was symbolically built in the middle of a yard) and in the Ukraine. For the second “slot”, it was thought the Pope could go for a one-day trip, perhaps to a country in the Balkans, like Kosovo or Macedonia, where the pressure of migrants is strong. However, the possibility of a trip to Sweden was also quietly rumored, while the Catholic News Agency also speculated that the Pope might visit a strongly secularized European country that has not been visited by a pope for a while.

But Pope Francis will not use the May 22 “slot” to go to Sweden (will he make some other trip that day?). Instead he made the decision to go on October 31 for the commemoration of the Reformation. Behind this choice, however, there are criteria that cannot be underestimated.

It will be a one day trip, Lars Hjelman-Wide, the Swedish ambassador to the Holy See told ACI Stampa. The Pope will be there for the commemoration in Lund and then will immediately return to Rome. There will be no time to go to other places, not even to meet with the local Catholic Church. There will be no time for “political” meetings, either with the Swedish government or with the Queen of Sweden, with whom Pope Francis shares a commitment in combating human trafficking.

Yet, Catholics in Sweden would love to hear a word from the Pope. The increasing secularization has generated a difficult situation. Among the many cases is that of Ellinor Grimmark, a Swedish nurse who was fired by three hospitals because she refused to assist in the performance of abortions. In this way Catholics are marginalized in a society that continually throws away more and more children and elderly, as Pope Francis tirelessly denounces.

In addition, during the last grave crisis of migrants and refugees, Sweden welcomed some 130,000 refugees, a huge amount. But – today’s news reports – Sweden will send 80,000 of them back home. Even here a word from the Pope, so attentive to the phenomenon of migration, would have had an impact.

Pope Francis apparently has a different criterion. He wants to reach out where no one has ever gone. For him, ecumenical dialogue is crucial. And he is certainly convinced that he can bring Christians into unity only through a strong presence in the Protestant and Evangelical world. Pope Francis’ “outward bound” Church goes beyond the existential peripheries of the Catholic Church. It seeks to enlarge its sphere of activity.

This reaching out to the Evangelical and Protestant worlds characterizes Pope Francis’ pontificate. Before the visit to the Lutheran Church in Rome, he received on several occasions Evangelical pastors and leaders of charismatic movements. One of them, Anthony Palmer, who recently passed away because of a motorbike accident, was a friend of the Pope since Argentina. Pope Francis’ ecumenism inclines very much toward the charismatic movements.

In fact, these charismatic movements generate popular emotion, and in this way they are constantly drawing more and more faithful from the Catholic Church in Latin America. Protestant sects have “seized” from the Catholic world something like 100 million faithful over the last years. It is as if Pope Francis’ “outward bound” Church aims at that world, trying to win it over and to turn charismatics from rivals to friends.

These guidelines characterize this pontificate. Pope Francis is probably the main promoter of the so-called “fourth ecumenism” in sociologist Massimo Introvigne’s words, i.e., ecumenism with Protestant sects. This ecumenism has its limits, the first of which is the lack of universally agreed dialogue partners. Certainly dialogue with these groups is easier when limited to pastoral and practical issues.

Hence, Pope Francis’ choice to visit his longtime friend, Pastor Giovanni Traettino in Caserta. Even that visit was intended to be exclusive to the Protestant community led by his friend. But the news of the visit broke, and Pope Francis was obliged to go twice over a few days to Caserta: one time to meet Pastor Traettino and his community, another time to meet the Catholic community.

But the twofold visit to Catholics and Protestants will not take place in Sweden: according to what it is known to date, the Catholic community will be left out.

Where is Pope Francis’ “outward bound” Church going? It is, first of all, a Church that tries up to now to go to unexplored locations. Many, among Lutherans, hoped for a meeting with the Pope for the celebration of the 500th anniversary of the Reformation. The idea was launched already back in 2011, during the Benedict XVI’s trip to Germany. The schedule for that trip had been constructed around the intention to dialogue with the whole German Christian world, included Lutherans. This is perhaps the reason why Lutherans expected a sort of “ecumenical gift,” and they thought this gift would consist in the lifting of the excommunication of Martin Luther.

Nevertheless, an ecumenical gift would imply that the meeting was “political”. But Benedict XVI clearly stated that faith cannot have “political gifts,” and that the only gift he could offer was the common faith in God.

Benedict XVI’s speech to Lutherans represented the peak of a new kind of ecumenical dialogue, one not made up of reciprocal concessions, but rather grounded on the truth of faith from which no one could step back. With reciprocal respect, Catholics and Protestants were called to collaborate in fields of common interests, and even to pray together. But Catholic Church was not keen to water down its faith.

In fact, the Orthodox world has been through a long process in order to decide if and when the Great Pan-Orthodox Synod would take place. Promoted by Bartholomew I, Patriarch of Constantinople, the “Great Synod” received approval as well as resistance on the part of several autocephalous Churches. The Ukrainian issue has become so central, that Patriarch Kirill of the Russian Orthodox Church, placed it on the agenda in Chambesy, Switzerland, during the latest meeting between the Churches. The Synod will take place June 19-27 in Crete, and not in Istanbul as planned, and even this decision was due to political issues. Because Turkey and Russia are now in conflict, the Russian Patriarchate would have not taken part in a meeting on Turkish soil.

However, Pope Francis is only relatively interested in the conclusion of the Pan-Orthodox Synod, as he is of the recent discussion that consumed the Anglican world on gay unions, and as he is of the way Evangelical sects behave. He cares, but he is not interested because – and this is the second criterion of the “outward bound” Church– his task is to reach out for and to surprise his partners in dialogue. He does not want to evangelize them; he wants to take them as they are. He does not want to change the Catholic faith, but nor does he put the truth of faith at the center of the discussion. He rather wants to address them with pastoral solicitude, to attract them. The issue is wider to Pope Francis.

The third criterion is that Pope Francis does not address the consolidated reality of the Church, but the new one. Though a minority, the Church in Sweden already has its presence, so Pope Francis thinks that it needs a shepherd more than strong messages. He followed the same criterion for the other trips to Europe: he went to Tirana (Albania) and Sarajevo (Bosnia) to give new impetus to interreligious dialogue and to show the presence of the Church; he went to Strasbourg to speak to European institutions, and even in that case he not only avoided the Catholic Community in Strasbourg, whose cathedral was celebrating its 1000th anniversary, he even sidestepped a moment of prayer with Catholics involved in the European institutions. If the Pope really does go to Armenia, it will be because he is very concerned over the massacre of the Armenians, as he has been a friend to the Armenian community since his time as Archbishop of Buenos Aires.

The fourth criterion of the “outward bound” Church consists in transcending every other kind of established traditional dialogue. Pope Francis always invites people not to be afraid of new things, and he mostly aims at representing the image of a new and renewed Church, one more interested in being closer to the world than in keeping it at a distance. This “world” is the secular world that does not understand the Church’s reasonings; it is the ecumenical partner who aims at being more acknowledged, sometimes even seeks a legitimation of its own different paths; it is the political and economic world that today more than ever seems deaf to the Church’s teaching.

To achieve these aims, Pope Francis is even open to some compromise on minor topics. Not by chance when he visited the Christuskirche in Rome, he reminded those present that when Paul VI met Athenagoras I, he said that “if all the theologians were enclosed in a room, we could immediately reach ecumenism.”

The Pope is also aware that this is not possible. There is need for mutual commitments. In the same visit to the Christuskirche, he said to a woman who asked for intercommunion that “he ought not to say more” after trying to find a compromise.

Certainly, these leaps forward may create some uncertainties among the faithful. They also open some new paths of dialogue. Pope Francis’ “outward bound” Church definitely goes beyond Catholicism. It wants to conquer the world, while risking a compromise with the world, i.e., to be both in the world and of the world, thus losing the Catholic exceptionalism that has made it the everlasting religion it is.

3 Responses to Pope Francis: The Criteria of the Church “Outward Bound”