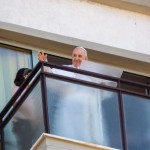 Pope Francis’ decision to establish a Foundation for Catholic Health in the Vatican has been little debated. Still, it is an important decision that can have several consequences.

One of the first consequences was the decision of the Holy See to prevent the sale of the Fatebenefratelli hospital in Rome. The flagship of Catholic healthcare in Rome, the hospital has been in dire economic conditions for years. As has already happened to other Roman Catholic hospitals, it seemed its fate was sealed. The sale to the San Donato Group was decided, and San Donato had even signed an agreement that had allowed the hospital to cancel some debts and alleviate others.

Pope Francis, however, already in the Angelus of 11 July – delivered from a window of the Gemelli hospital where he was hospitalized – had made it known that no, Catholic healthcare should not be for sale, nor should it pursue profits. The meager Holy See communiqué refers to that Angelus. The Holy See also thanked the San Donato Group for helping the hospital but made it known that the Holy See would take care of it from then on.

That the Pope paid attention to Catholic finance was, on the other hand, evident. In 2015, shaken by some scandals, Pope Francis set up a commission to oversee how Catholic hospitals owned by congregations remained faithful to their founders’ values.

In 2017, with the Dermopathic Institute of the Immaculate Conception facing the risk of bankruptcy, Pope Francis asked the Papal Foundation to save the hospital and then entrusted it to a foundation directly linked to the Holy See, the Monti Foundation.

In any case, Pope Francis intervened personally, with all his institutional weight. The Catholic Health Foundation is no exception. Indeed it shows an institutional will to continue on this path.

The Foundation is under the presidency and Secretary of the current president and number 2 of the Administration of the Patrimony of the Apostolic See, Bishop Nunzio Galantino and Fabio Gasperini. In addition, the manager is Maximino Caballero Ledo, the secretary of the Secretariat for the Economy.

The Foundation’s composition also shows the meaning of the reform of the Vatican economy wanted by Pope Francis: APSA becomes more and more a central bank and a sovereign fund (which now also manages the funds that once belonged to the Secretariat of State), the Secretariat for the Economy is the control body for all financial transactions of the Holy See.

However, this does not seem to be accompanied by an enlightened investment policy. On the contrary, the various financial managements have had more lows than highs over the years, starting with those of the Institute for Works of Religion (IOR), the so-called “Vatican Bank.” It suffices to remember that the IOR had assets of € 86,6 million in 2012 and that this asset has fallen over the years to € 17,8 million, only to rise again last year. This is a general loss of at least € 70 million over seven years, which is a lot for a small financial institution.

The question, therefore, is this: if, however, Vatican finances seem no longer able to invest, how does the Holy See find the money necessary to keep the structures and not sell them?

Simple: with donations. While the announcement in the Fatebenefratelli was being prepared, news circulated that Del Vecchio, an Italian entrepreneur, and owner of the Luxottica eyewear company, intends to help the Holy See by donating € 150 million through his Foundation. This would help hospital management a lot, but it also opens up the age-old problem: to what extent will donors then be able to have a say on hospital management?

Pope Francis’ idea is to preserve the identity of the hospitals, but in this way, it all comes down to financial aspects. This is very important because, without money, structures cannot be maintained. However, the real problem is that of having virtuous organizations that know how to keep their Catholic identity.

The entry of substantial donors is not a guarantee in this sense. It can’t be. In Belgium, the Congregation of the Brothers of Charity had by law to entrust the management of its hospitals to an organization, which, however, did not have a board made up in majority of Brothers of Charity. So it found itself with a group of hospitals that had even included in the protocols the possibility of practicing euthanasia, albeit under certain conditions.

If the situation with donors is different – Catholic hospitals have various organizational arrangements according to the host States – it is also true that donors, at some point, may want to give guidelines to hospitals somehow.

We are faced with the risk that a strong identity has been bartered for economic security and that the hospitals themselves are the losers from this exchange. Pope Francis has proved very determined in wanting to help and restructure them. But how does this help them overcome mismanagement problems? And how can this help the hospital to maintain its identity?

Faced with the need to resolve concrete situations, we are faced with the not too remote possibility of bureaucratizing this new organization without giving it a theological-social framework necessary to establish where is that we are heading.

In this new season of Vatican foundations (Pope Francis will inaugurate another one dedicated to Fratelli Tutti) it is also necessary to understand the practical risks of an approach that is sometimes too pragmatic. That will be the issue for the next few years.

4 Responses to Pope Francis, the dilemma of Catholic health management