Pope Francis, the dilemma of managing the State 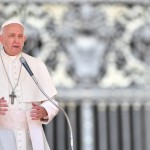 There is no doubt that Pope Francis wants to fight corruption in the Vatican and promote a change of mentality. Everything the Pope has done so far aims to project a different image of the Vatican, free from courts and powerful gatekeeper secretaries. Above all, a truly “poor for the poor” Vatican, which uses an iron fist against every possible case of corruption. Yet, the measures taken by Pope Francis are emergency-driven. They do not seem to have a clear and long term vision. And this is probably their significant limitation.

The latest example is the motu proprio with which Pope Francis, on April 29, established new provisions for the management of public finances. In short, the motu proprio amends two articles of the General Regulations of the Roman Curia and asks the leaders and those who have to do with the management of public finances to swear that no, they have never been condemned, they are not even ever accused. They have no capital abroad in one of the so-called “rogue states”. Not only that: no Vatican official can accept gifts above 40 euros.

The first reactions to the measure have been mostly enthusiastic. Indeed, it was said that Pope Francis had ended the culture of the “bag of money” given directly to the monsignor on duty. In reality, however, this provision has bright spots and grey shadows and reveals at a deeper level a modus operandi that is common in many operations of the pontificate.

First of all, it should be noted that the measure arrived during the plenary session of MONEYVAL, the Committee of the Council of Europe that evaluates the adherence of member countries to international standards in terms of financial transparency. During the plenary on April 26-30, the Fifth Progress Report of the Holy See was also discussed, which will be public in a couple of weeks. The motu proprio had no impact on the evaluation of the Holy See, which among other things, addressed the issue of the effectiveness of the legal system. Certainly, however, a last-minute law cannot please Strasbourg, also because these are ad hoc laws that are often issued by countries that do not comply with international standards.

The point, however, is not the law itself. Instead, it is a question of looking at a style of government and understanding whether it can ultimately succeed in achieving its goal.

The fight against corruption is a central theme not only of this but of all the pontificates. The Vatican is a microscopic world, in which much is based on mutual trust rather than on objective criteria. Not wrong, in general. But these personal relationships can hide pitfalls. In many cases, there are errors of naivety, of priests, monsignors, bishops, even cardinals who rely on unscrupulous businessmen, convinced that they are doing the best for their activities. In a few cases, there is an actual web of corruption.

It is always very difficult to know. Looking at the IOR / Ambrosiano trial papers, for example, it seems very clear that it was Roberto Calvi who used the Vatican and not vice versa. This is more or less always the case.

This situation, however, cannot simply be remedied with new stringent legal, regulatory techniques. If the problem is education, it must be healed with schooling. Multiplying the controls strengthens the police and the prosecutors but does not allow to form a new mentality. There cannot be that necessary conversion that Pope Francis always speaks of.

Instead, there is a need for a well-made legal framework, not ad hoc regulations that address individual situations. The ultimate motu proprio is, after all, ad hoc legislation that does not create a new legal mentality but rather a climate of absolute control. If you think about it, even the recent judicial activism was part of impromptu solutions, which aimed to tackle a problem head-on without contextualizing and understanding it.

It is not all about their criminal aspects. Other cases testify to a modus operandi aimed at solving particular situations rather than addressing general problems. How Pope Francis has dealt with the abuse case in Chile is revealing:

In this immediate response, Pope Francis followed up with a summit of bishops from around the world on abuse, which led to three reforms in abuse management. Again, these were answers to an immediate problem, and public opinion welcomed them. But do they allow breaking the chain of abuse?

In both anti-corruption and anti-abuse activism, we can find a concession to public opinion that certainly does not help form a truly effective system. Punishments are given, healthy environments are not created. Concepts such as that of “vulnerability”, “transparency”, “zero tolerance” make headlines very easily but fail to present facts. Trials need concrete data, otherwise, they are simply accusations.

When, for example, can an adult be defined as vulnerable? When is it actually about abuse, and when is it not? How is the negligence of a bishop defined, perhaps in cases that occurred thirty years ago? How should financial transparency be defined? Is it enough to determine a maximum value for gifts that may be accepted, to put an end to the culture of bribes?

What is missing is creating a judicial system, both penal and canonical, which takes into account personal situations, knows how to establish specific rules, and guarantees the necessary flexibility in their application, especially their application in a particular reality such as that of the Vatican.

Especially since this is being asked internationally, we find a Holy See that signs the treaties, but which is then unable to apply them because the State does not have a long-term strategy, but only of temporary reparation of the damage. This is also a “field hospital” church. However, it remains to be seen how the summary investigations, the show trials, and the resignations requested of the bishops will help address this situation.

One Response to Pope Francis, the dilemma of managing the State