Pope Francis and the new course of Vatican communication Pope Francis, what is the real face of reform?

Pope Francis, the end of a world? 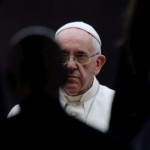 The latest rumors say that Pope Francis is going to shut down the Prefecture for the Pontifical Household. Many underestimate the issue. However, if this would happen, 1800 years of history might be deleted with a stroke of the pen.

According to the Vatican website, the Prefecture has the task “to coordinate the services of the Antechamber and to organize the official audiences granted by His Holiness to Heads of State, Heads of Government, Governmental Ministers and other dignitaries, as well as to Ambassadors who come to the Vatican to present their Letters of Credence”.

The Prefecture – the note reads – “takes care of the preparations for all audiences – private, special and general – and visits from those who are formally received by the Holy Father. It is also responsible for arranging Pontifical ceremonies – except liturgical celebrations – as well as the Spiritual Retreat of the Holy Father, the College of Cardinals and the Roman Curia”.

Finally, “the Prefecture oversees the appropriate arrangements required each time the Holy Father leaves the Apostolic Palace to visit the city of Rome or travel within Italy.”

All of these tasks are mostly organizational, and one can think they could be managed by a head of the protocol. But actually there is a lot more.

Many say that St. Paul VI’s motu proprio suppressed the Pontifical Court. It is not true. The motu proprio simply transformed the institution.

The Court itself was rooted in historical reasons, and it was the expression of the religious reality around the Pope. Every gesture, every action had to be linked to the religious meaning.

If the Pontifical Household would disappear, this religious meaning given by history would be lost.

Every head of State’s visits to the Pope would then be reduced to a State protocol that has no memory of its link to a religious background. Everything would become mere bureaucracy, that is profoundly worldly. And worldliness is actually the devil Pope Francis is fighting the most.

Paul VI knew it well, and this is why it is a mistake to say that Paul VI abolished the Pontifical Court. Rather, Paul VI wanted to evolve the court into the Pontifical Household, without breaking with the past, as the 1968 apostolic letter Pontificalis Domus shows.

The letter starts by explaining that the Pontifical Household was structured in the course of centuries “after a long, varied and complex process, to answer the many needs of the person and the mission of the Pope.”

The court has always been – Paul VI wrote – “a dignified and useful body linked to the Chair of Peter, that is the spiritual center of the Catholic Church and seat of the Vicar on Earth of Jesus Christ.”

Paul VI noted that the Pope is “a visible head of the Catholic Church and sovereign of a temporal State recognized by the civil authorities of many people”. As a consequence, Popes have chosen “faithful, fit and able people” both in ecclesiastical and secular field, able to answer to both the needs of the liturgical service and of the temporal State.

Paul VI noted that many of the tasks of the Pontifical Household lost some of their prerogatives because of historic transformation, and also the religious mission of the Roman pontificate has changed.

This is the reason why the Pope made the decision to reform the Papal Court.

In the end, Paul VI wrote, after the Second Vatican Council, the Church gained sensitivity to more spiritual values at the expenses of what “is only nominal, decorative, exterior.”

For this reason, Paul VI made the decision to renovate the positions, in order to “underscore on one hand the essentially spiritual mission of the Roman Pontiff, and on the other hand the function he has in the civil and international life,” so that both members of the Pontifical Household and of the Pontifical Family “will all wield actual functions and activities both in the spiritual and in the temporal field, thus updating the ancient reality to the current required conditions.”

In the end, the rationale behind the speculated abolition of the Pontifical Household would show a preference of the Pope’s function in civil and international life, while the  spiritual mission might be set aside.

If the rationale was proven true, there is a lot of food of thought.

Pope Francis’ pontificate is born out of a pragmatic push, coming from the pre-conclave meetings. Spiritual topics were on the back burner, while most of the attention was given to pragmatic issues. Pre-conclave speeches always spoke about a possible reform, so much that it is said that Pope Francis was elected with a mandate to reform.

Does reforming mean to cut with the past?

Church’s history says it does not.

There have been many Curia reforms in the course of the centuries: for instance, the Sistine reform (one of the outcomes of the Counter Reformation), the “Plan Reform” by Pius X, the Paul VI’s reform, and John Paul II’s reforms.

None of these reforms cut with the past, but rather adapted old things to modern needs, looking for effectiveness without conceding anything to the temptation of functionalism.

Above all, these reforms tried to keep alive the historical meaning of things to be reformed. Again, everything has a sense, in the Roman Curia.

While Pope Francis is approaching to the sixth year of pontificate, the “end of the world” feeling that accompanied his election is back.

After a period of big hopes for those who wanted to revolutionize the Church by making it more secular, Pope Francis lived a more reflective period – for example,  he returned to the consultants from within after the parenthesis of the external consultants.

Now, Pope Francis is seemingly back in activity. His goal is to breach the clericalism he always addresses as the main reason of concern and the real root cause of scandals. Probably, Pope Francis is filled with the idea that the Vatican is a court detached from the real world. In addition, he felt Vatican far away when he was archbishop of Buenos Aires.

However, that Romanity that is at the roots of many of the Pontifical symbols is a sign of a universal service. Cardinals, for example, are incardinated in a church of Rome, and they are included in ancient orders to remind they are at the service of the Pope, that is the Bishop of Rome.

Even in the case of the Cardinals, Pope Francis broke the tradition and expanded the college of cardinals bishops.

Cardinal bishops were in fixed number because they were linked to the title of the ancient suburbicarian diocese of Rome. Pope Francis expanded the order, and this way he furtherly broke the link with the city, a sign of universality, because Peter came to Rome and from Rome the Church spread.

These ideas of reform bear the risk of a worldly Church, linked to structures and always less aware of the symbols that make her universal.

Paradoxically, Pope Francis might reach this goal while preaching the opposite, that is going to the outward bound. The criterion of representativeness is now replacing that of universality. If this design will be accomplished, this will really be the end of a world.