Pope Francis, between his beloved Latin America and the attraction toward the East Pope Francis, what if real reform is Romanity?

Pope Francis: The End of an Era? 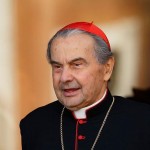 Cardinal Carlo Caffarra’s death probably marks the end of an era. At the same time his death also confirms a climate created by the debates surrounding the Church that risks sending the Church back in time.

Caffarra was 79. Archbishop Emeritus of Bologna, it was he who St. John Paul II called upon to establish the institute for studies on the family and marriage that was later named after the Polish pontiff. A skilled theologian, a beloved shepherd despite his sometimes rude persona, Caffarra replaced in Bologna Cardinal Giacomo Biffi, another giant of Catholic thought.

Cardinal Caffarra leaves a huge legacy in terms of ideas and works. He is remembered today as one of the four signatories of the Dubia, the doubts raised by Amoris Laetitia and its implementation. The letter containing the dubia was addressed to Pope Francis and was co-signed by Cardinals Caffarra, Meisner, Brandmueller and Burke. The Pope still has not responded to the letter, and gave no response at all to a second letter, co-signed by the four but written by Caffarra.

The fact that Cardinal Caffarra is today mostly remembered because of the dubia shows, to some extent, the current preoccupying drift in discussions about the Church. According to a certain mainstream, the dubia are one of the maximum expressions of opposition to Pope Francis – no matter that Cardinal Caffarra himself said he would prefer that it be “rumored that I have a lover, rather than that I am against the Pope.”

This is the symptom of a Church in which not just any kind of theological discussion is permitted. Much can be said pro and contra about the wisdom of publishing the dubia, as well as about the cardinals who insist on the need for a fraternal correction of the Pope, with the risk that they thereby become unpopular. It is however striking that no one has welcomed the invitation to discuss the issues raised, while they mostly think about how to demonize their opponents.

Cardinal Caffarra was a victim of this demonization, as was Cardinal Meisner, another of the dubia signatories. Cardinal Meisner died suddenly, too. With Cardinal Meisner, things went even beyond: a letter sent by Benedict XVI for his funeral was misinterpreted as outlining a scenario involving an anti-Francis plot, which was not even contemplated in the letter.

For this reason, Cardinal Caffarra’s death marks the end of an era. He is the last of a series of eminent figures in the Church. Churchmen like these no longer exist, with few exceptions. Their legacy is both large and important. Almost no one in the Church is seemingly able to recount it.

Cardinal Caffarra is the last of a series of great cardinals who passed in the last year. After him, Cardinal Velasio de Paolis, a Scalabrinian jurist who was also the commissioner of the Legionaries of Christ, passed. Before him, Cardinal Meisner died. Even earlier, Cardinal Ivan Dias, Prefect Emeritus of the Congregation for the Evangelization of Peoples, passed. Cardinal Cormac Murphy O’Connor died some days ago: hailing from Great Britain, he was one of Pope Francis’s kingmakers during the last conclave.

Another great shepherd, Cardinal Dionigi Tettamanzi, passed this year, as well as Cardinal Lyubomir Husar, the wise Ukrainian Cardinal who was courageous enough to resign from the life-tenure as Major Archbishop of the Ukrainian Greek Catholic Church, one year before Pope Benedict XVI abdicated.

All of these cardinals were a face of the ecclesial world, and their words had strong impact. Cardinal Murphy O’Connor was the image of the progressive area concretized in the St. Gallen Group that lobbied for Pope Francis. Cardinal Meisner was a spiritual man who had the idea to reintroduce Eucharistic adoration in the program of the World Youth Days. Cardinal Husar gave weight and traction to the Eastern Churches, while Cardinal Nicora represented the passage of the Holy See from a typical Italian mentality (that he backed) to a more international-driven mentality. Cardinal Miroslav Vlk was the man of the Church of Silence, Cardinal Tettamanzi urged archbishops to take moderate, center-oriented positions with no doubt on which side to stand in debates over life issues, his battle horse. Cardinal Dias built bridges with the Soviet Union, Cardinal Keeler championed the Baltimore Archdiocese’s response to clergy sex abuse.

Finally, Cardinal Caffarra, probably the only one able to succeed a giant like Cardinal Biffi at the helm of the Archdiocese of Bologna.

Though with different thoughts and orientation, each of these cardinals represented a piece of history of the Church, and they are hardly replaceable. They all were part of a Church able to question itself, one that loved debate. That Church called the world to confrontation, without being tempted by the world.

Each of these cardinals came after another era of large personalities. The previous era was characterized by people like Cardinal Roger Etchegary, who recently went back to France, though he still continues to think and write. Or by people like Cardinal Paul Poupard, head of the Pontifical Council for Culture for years: Pope Francis sent him as his special envoy to Strasbourg to celebrate the 1000th anniversary of the foundation of the cathedral.

This chain of great churchmen is kind of broken now. The princes of the Church were previously taken in high consideration because they were able to be shepherds and at the same time they were intellectually highly skilled. Nowadays, greatness is mostly measured by pastoral capacity. If a cardinal is able to undertake pastoral work efficiently, even without regard for his goodness as a priest, the media will love him. Work does not matter, market orientation does.

This is the reason why Cardinal Caffarra died without qualified heirs, both versed in analysis and gifted with intellectual skills. It is even more difficult to find his heir at a time when the Church is retiring from the intellectual arena with the excuse of going to the peripheries. Work at the peripheries risks overshadowing intellectual debates.

Thus, it is no surprise that Cardinal Caffarra’s death leaves a certain nostalgia for a Church that did not fear to say what it wanted to say. That Church knew the mercy of truth, while today’s debate is polarized on being pro- or anti-Francis. This is how polarized reports of the Church’s situation are generated. And by losing the notion of the past, we can lose the sense of the present work.