Pope Francis, what will the Curia reform look like? Pope Francis, do the anti-abuse criteria say something about the overall reform?

Pope Francis, the end of transition? 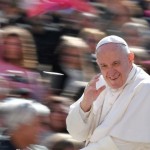 There is a high symbolic weight in the decision to move the office of the Vatican newspaper L’Osservatore Romano out of the Leonine Walls, to a building located in Italy, although in an extraterritorial site.

It is not the decision itself. Unifying in a single location the full Vatican media department, from the newspaper to the radio and television, had been under consideration for a long time. Indeed, such a big office could not fit in the “historical” offices of L’Osservatore Romano.

The decision represents, however, the end of an era, concluding the transition started under St. Paul VI.

L’Osservatore Romano had been moved to the Vatican City after the Lateran Pacts. During the Second World War, the fact that the newspaper was in Vatican territory allowed it to evade the censorship of the fascist period, providing objective coverage of the war.

L’Osservatore Romano was then the living testimony of the importance of the Holy See sovereignty. It was thanks to that sovereignty, possible because of that small territory obtained with the Lateran Pacts, that the Holy See could deploy its international influence, going beyond the countries’ interest and working for the common good.

Paul VI decided to move the Press Office outside of the Vatican City. Benny Lai, the dean of the vaticanisti who coined the name vaticanista, underscored many times that “Paul VI had kicked journalists out of the Vatican.”

The decision to move L’Osservatore Romano office out of the Vatican concludes the transition began under Paul VI. The path was not short, but it now marks the change of an era.

It is part of a Curia reform that is marking a change of an era, too. Even in this case, the Curia reform is going to conclude the transition that started under Paul VI. Before the Second Vatican Council, the Holy Office was the first Vatican Dicastery, referred to as La Suprema, whose head was, no question, the Pope. Issues of doctrine were above everything.

Paul VI kept the importance of the Holy Office, first in rank among the Congregations. However, he changed its name into “Congregation for the Doctrine of the Faith,” which also lessened the congregation’s impact in the Curia. Paul VI wanted the Secretariat of State to be the central body of the Curia offices.

The new Curia framework was meant to manage an always more international Curia, called to be even more functional.

The Secretariat of State increased in importance, thus, until Benedict XVI, who had been prefect of the Congregation for the Doctrine of the Faith. He put in practice a clear rationale: as the crisis of the Church is a crisis of faith, every action of the Church must be led by faith professed under proper doctrine.

Benedict XVI felt the need to choose people he could trust and that shared his view. So, Pope emeritus put former men of the Congregation for the Doctrine of the Faith in key places.

Cardinal Tarcisio Bertone, former number 2 of the Congregation, was chosen as Secretary of State.

Challenged with the abuse crisis in Ireland, Benedict XVI chose to appoint as his nuncio there Mons. Charles J. Brown, an official of the Congregation.

When Benedict XVI convoked a consistory, he paid particular attention to donning red hats to people with a strong doctrinal background, to the point that the penultimate consistory of Benedict XVI rewarded Canon lawyers or scholars of Canon Law.

The 2013 conclave was the conclave when the men of the old Curia finally chose Pope Francis’ missionary approach and was thus critical of the Secretariat of State.

However, there was a need to finalize the transition. For this reason, the Secretariat of State remained as Secretariat of State. The reform will instead set the emphasis on the new missionary dicastery, that is said will become a dicastery even more important than the Congregation for the Doctrine of the Faith.

Even in this case, it is a change of an era. It completes the transition that brought the Congregation for the Doctrine of the Faith to be always less influential within the Curia.

Cardinal Pietro Parolin, Secretary of State, underscored that “the doctrine of the Faith will remain important because the purity of doctrine gives the announcement of the Gospel.” There is no reason to doubt that. However, these reforms represent the end of the transition.

Also coming to light is a third issue on which to set our gaze. Praedicate Evangelium, the new Apostolic constitution to regulate functions and roles of the Curia offices, will underscore that the Curia is “at the service of the Pope and of the bishops.”

That the Curia is at the bishops’ service was implied, because the service to the Pope is an indirect service to bishops. The fact that this is emphasized shows how Pope Francis has moved the focus from the center to the “peripheries”.

The application of all of these issues will be crucial. From a symbolic perspective, all of these reforms point to a break, a discontinuity.

The Holy See is made of symbols that endure the passage of time. For example, Paul VI did not abolish the Pontifical Household, as it is commonly believed. He reformed it, he made it more consistent with modern times, but he kept its traditional impact.

The reform generally shows the need of doing something. If a decision impacts a critical symbol, this will be discussed only later.

In the end, it is the sign of a change of mentality. The issue is to understand whether this change of attitude will stop the cancer of clericalism (that Pope Francis has always fought, also with consistories) or will have an impact on the tradition and the history of the Church.