Pope Francis, the financial question is a Pandora’s box

By Andrea Gagliarducci On 6 dicembre 2021 · 2 Comments · In Vatican 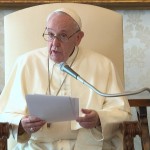 The publication of the diaries of Cardinal George Pell, which Sandro Magister gave great prominence, could not go unnoticed. And in fact, there was an immediate reaction, arriving from Malta, on the sale of a luxury building in Budapest that involved Maltese companies.

Without going into the details of the affair, as intricate as only financial affairs can be, there was a complaint from Malta that the Institute for Works of Religion refused to pay its share of the deal .

The accusation is that it was preferred to keep a debt-ridden investment in the belly rather than accept selling it for the best price offered, covering the debts, and therefore paying the insolvencies.

On the part of Malta, the suspicion is that the IOR insists on not accepting any offer in an attempt, not too hidden, to discredit the past administration.

It is not the first time that such accusations have come from Malta. However, the IOR does not accept the tone of the allegations and instead complains about the unclear profiles of the operation and has taken every one to court in a judicial saga that seems endless.

The crux of the matter, however, remains the IOR. And this is probably the exciting point of the story. The work that Benedict XVI had done with the financial reform then continued by Pope Francis was to create a natural system of financial control. In practice, the IOR became part of a more extensive system and ceased to be the center of a series of bilateral relations, especially with Italy, which had little transparency in the financial field.

Benedict XVI was completing a project that already belonged to John Paul II, who in 1990 had established a document about the IOR, and who then had step by step rationalized a system that had been almost amateurish until the 1980s. In the mid-1990s, the IOR asked for the first external auditing of its accounts, a sign of a process of continuous professionalization.

The transition to a full-fledged financial system had not been painless. It went to touch on privileged business relationships that few wanted to mess with. A couple of casus belli preceded the reform with Italian banks, such as the seizure of 23 million euros of IOR transactions, which were then made available to the Vatican only after several years, when the financial reform was fully operational.

And initially, it was also thought that any reform should go along the lines of the old relationships. Hence, the decision to call a series of former officials of the Bank of Italy, not high-profile but suitable for maintaining relations, to the newly created Financial Information Authority. Subsequent wiretapping, published in the daily newspaper, said that the president of the IOR, at that time, also had constant communications with the Bank of Italy.

It was this very system that had to be stopped. To think about it, all the financial scandals that had occurred in the Vatican were Italian cases, starting with the famous IOR – Ambrosiano scandal. It was for this reason that there was a veer towards a reform of the financial overhaul: a more sustainable law at the international level, a change of pace that looked more at the world than at Italy, a cautious look at what were the relations of cooperation between States, without privileged lanes.

And it was a system that worked. The IOR was finally in control and thus was less and less the center of financial matters. There was an accounting control operation already underway, a lot had already been done, and a lot was being worked on.

It was at that moment that the election of Pope Francis took place. And it was at that moment that the old questions were revisited. At the General Congregations, the cardinals did not understand what was being done. There was even talk of closing the IOR, so much so that Pope Francis has set up a commission to understand its functioning and usefulness. And it turned out that no, the IOR should not be closed because it served the Holy See.

But step by step, the old patterns returned, favored by the fact that neither Pope Francis nor the people who supported him had fully understood how it was a long term process. It is not a question of defining whether someone was acting in bad faith or not. Even if some certainly were..

The IOR is the center of everything and, therefore, the center of the new financial course. There is an ongoing trial in the Vatican for the alleged mismanagement by the previous leadership, which is now on appeal and whose sentence is awaited. Acquitted in Italy, Cipriani and Tulli, former director and deputy director of the IOR who resigned precisely to avoid embarrassing the Institute when some investigations began, are now facing a complicated appeal process.

Ironically, under their management, the IOR had made a profit of 86.6 million euros. They are also blamed for the investment in Malta. But Malta argues that it is the new leadership that does not want to accept the offers. If this is true, it will be easy to verify in court.

What appears certain is that we have returned to the old times in the Vatican. And also, the process on the management of the funds of the Secretariat of State, which started precisely from a complaint by the IOR, seems to be configured more as an act of transversal revenge towards those who had symbolized the new course – and who had obtained excellent results among other things – than as a process based on objective evidence. The fact that the trial has not yet begun and that there is still discussion about invalidating it, and the fact that the Vatican promoters of justice have not given the defense all the evidence, is a sign of this.

The Pandora’s box, therefore, is not that of new financial scandals. It is that of an old world that has regained control, of a series of relationships that had seemed to be moving towards an end, but that instead have returned. Ultimately, the Vaticanization of the Holy See is more advantageous to Italy than to the Holy See. Meanwhile there are trials managed by Italian judges, and the Vatican finances are now firmly under the control of Italians.

2 Responses to Pope Francis, the financial question is a Pandora’s box