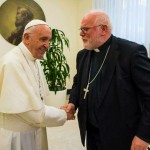 With the appointment of its first lay woman secretary-general, and the first anywhere in the world, the German Bishops’ Conference last week wanted to indicate the fruits of the Synodal Path of the Church in Germany. In short, a signal that the changes they are discussing will be implemented, whether Rome wants it or not. A spirit that disregards the letter that Pope Francis sent the conference in June 2019.

That letter from the Pope showed that there was already present, albeit hidden, the risk of a schism caused by the decision of the Church leaders in Germany to have a synod that could have binding decisions. “Every time – Pope Francis wrote – that an ecclesial community has tried to get out of its problems by itself, relying only on its strength, methods, and intelligence, it has ended up multiplying and feeding the evils it wanted to overcome.”

Notwithstanding the formal acknowledgment of the Pope’s letter, the Church in Germany has continued to go its way. And the modus operandi seems to be to proceed with functional reforms, which do not require Rome’s consent, but which can still have a significant impact.

The choice of a female secretary-general goes in this direction. It is not the first time a woman is appointed general secretary of a Bishops Conference. Sr. Hermegild Makoro was secretary of the Southern African Bishops Conference, for instance, and was followed by Sr. Tshifhiwa Munzhedzi,  OP, since 2020. Since 2009, Sr. Anna Mirijam Kaschner CPS (Missionary Sisters of the Precious Blood) is secretary-general of the Nordic Bishops’ Conference . However, choosing Gilles can be considered somehow a premiere.

Beate Gilles, a 50-year-old theologian, was elected to succeed the Jesuit Hans Langendoerfer, who had been the German Bishops’ Conference number 2 since 1996. Gilles comes from Limburg’s diocese, where she was head of the department for children, young people, and the family.

The bishop of Limburg is Georg Baetzing, who said: “We are keeping the promise of promoting women to leadership positions.” Considering that the general secretary has a decisive role in the episcopal conferences and is the actual executor of directives addressed to the bishops, we are faced with the first layperson who will manage a group of bishops.

This is an intermediate step towards what Bishop Baetzing would like immediately: the ordination of women priests. He reiterated this in an interview with Herder Correspondenz in January – an interview in which he also complained about the red light of the Congregation for the Doctrine of the Faith to a document (“Together at the Table of the Lord”) drawn up by the Ecumenical Working Group which was open to the shared communion between Catholics and Protestants, the so-called intercommunion.

These are all signs that show how the Church in Germany wants to move forward on reforms. The problem, however, runs deeper. The Church in Germany is putting into practice a secular reading of the reality of the Church. The sacraments are not considered. Functionality is considered. It is a theme that has continually come up in debates since the time of the Second Vatican Council. A theme that has emerged forcefully again and that was never completely set aside.

To be clear, it was John Paul II, with Cardinal Joseph Ratzinger, “guardian of the faith,” who worked to overcome the polarization of the conciliar debate. Between a Church considered only in terms of functions and a pre-conciliar Church, John Paul II preferred a Church founded on Christ. It was a work that tended towards unity and was helped by Cardinal Ratzinger, who knew the German world well. Not that there weren’t bishops in Germany who went further and who lobbied. The Catholic Church in Germany has always been a bit “borderline” due to her proximity to the powerful Protestant Church and the direct competition that the two ecclesial communities maintain in attracting the faithful, which numbers automatically translate in funding levels through the Kirchensteuer, the tax revenue for the Church.

Benedict XVI continued this work of unity, and the signs were all there on his trip to Germany in 2011. Faced with a German Church that promoted functional ideas, the Pope presented himself calling for a return to God. And he asked the same thing to the Protestants, who expected an ecumenical gift. It was a reversal that was very difficult to digest for the Church in Germany, which had continued to orient herself to the progressive agenda.

With Pope Francis, this work was carried out systematically. The excuse – and this is evident from the Synod’s working document – is the question of abuse in the Church. The abuse is about a leadership problem. Leadership comes from the way power is exercised. How power is exercised must be changed, and it must be changed democratically. This is the synthesis of the rationale behind the German Synodal path.

But the change of the agenda based on the response to abuse goes far beyond the issue of power. It did not enjoy consensus, just as some of the definitions in the text cannot count on a general consensus, because they are based on the anti-Catholic prejudices of the secular world that do not correspond to the truth.

An example above all. The text repeatedly stresses that the Catholic Church has not convincingly inculturated itself “into a democratic society based on the rule of law,” and indeed has “used its own legal order to discriminate against certain segments of the population, to threaten standard democratic processes and to immunize herself against critical inquiries against her teachings and its democratic structures.”

It is the “cancel culture” on the Church applied by the Church itself. This way, the Church can’t see beyond her nose. She does not realize the Church’s work in Germany in fostering the democratic process during the Cold War. She does not even look within herself at the many politicians who make up the Central Committee of German Catholics (ZDK).

The German problem is not just a problem in Germany. If Germany is the laboratory, the issue is the subject of debate everywhere. It comes out repeatedly, obsessively. We talk about the female presence in the Church as if the Church were a company. The Church is never considered for what she is: an institution divinely founded and based on the sacraments. This is why bishops have functions of power: by sacramental ordination, which gives them the munus docendi, munus sanctificandi, munus regendi (the tasks of teaching, sanctifying, governing).

There is a lot of talk about the Church’s Protestantization, and the central role given to personal conscience in many issues seems to prove this theory right. But probably the point is other. The Church is paganizing itself. In the end, putting functions, democracy, and secular agendas before divine agendas is a sign of paganism rather than Protestantization.

It was a problem that Benedict XVI had already identified in his essay “The new pagans and the Church,” which dates back to the 1950s. That diagnosis is still current. The fact that the Church in Germany is putting into practice a functional process, not even in agreement with Rome, does not mean a possible schism is taking place. It means that the Church needs to look at herself again with Catholic eyes. If she continues to look at herself through the lenses of others’ perceptions, she will no longer have a reason to be.

(updated March 1, 2021 at 9.20 am with information about other women appointed general-secretary of Bishops’ Conferences)