Pope Francis, the world after the coronavirus Pope Francis and the open processes 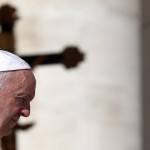 The Permanent Council of the German Bishops’ Conference gathered Aug. 24 in Wurzburg. Among the issues to discuss, the instruction by the Congregation for the Clergy on the parishes, which many German bishops did not like. At the end of the meeting, the German Bishops’ Conference said that it would accept the invitation of Cardinal Beniamino Stella, prefect of the Congregation of the Clergy, to discuss the instruction in Rome and clarify the positions.

The Congregation for the Clergy’s instruction was published on July 20. The instruction pushes all the parishes to a missionary conversion and to invent new and innovative paths to evangelization. The instruction also reiterated that the priest is at the center of the parish community life. There was no room for misunderstandings: the priest stayed a priest, and no one could take over the priest’s duties, in no way and with no exception.

The instruction immediately appeared to be a response to two particular situations. The first one was the Special Synod for the Panamazonian Region. The preparation and the Synod itself were characterized by a campaign that pushed for the acceptance of married priests in some specific cases, to face the shortage of priests.

The second situation was the German one. In March 2019, the German Bishops’ launched the Synodal Path of the Church in Germany to make “binding” decisions on priestly celibacy, sexual morality, and homosexuality.

The project of the German Bishops’ Conferences sparked some problems. In a letter, Pope Francis re-established the real priorities of the Synod. At the same time, two clarifications of the Congregation for the Bishops and the Pontifical Council for Legislative Texts stressed that in no way, the German council could be deliberative. Cardinal Reinhard Marx, then president of the German Bishops’ Conference, was summoned to Rome to report to Pope Francis directly.

Indeed, the German Synod has been strongly stricken by the post-Synod exhortation Querida Amazonia. In the exhortation, Pope Francis made no reference to priestly celibacy issues, nor addressed any innovation in morals or in countering abuse of power, the main topics of the German Synod.

That same exhortation disappointed many in Latin America since there was the hope that Pope Francis was going to finalize the so-called renewal path of the Church.

In Germany and Latin America, the so-called renovation of the Church involves the same key-factors:
• diminished importance of the role of the priest, to break the clericalization trends
• the notion that even laypeople can take over some of the priests’ duties, with the excuse that it might be a way to overcome the crisis of vocations
• a more open Church on the issues of sexuality, to meet the needs of new generations and better read the signs of the times

Both renovation trends are linked. Let us not forget that the Latin American ideals for the renovation were born in the Old Continent. The fathers of Liberation Theology studied in Europe and took from Europe the philosophical and sociological categories that they apply to the Church.

Not only. The German Church is wealthy and supports important humanitarian agencies in the Third World. The aid also becomes a form of “cultural colonization” because it includes a certain kind of culture and ideas directly juxtaposed to those of other countries.

The real issue behind this is the loss of the missionary spirit. Committed to fighting poverty and injustices, the Church seemingly turned into a social agency, a small NGO that cannot convert people anymore.

Benedict XVI explained it very well during his last trip to Germany in 2011, and particularly in his speech to the Zdk, the German Catholic Central Committee. Pope Francis has repeatedly noted it, too, since the beginning of the pontificate. The Church, to Pope Francis, must not be transformed in a “merciful NGO.”

This is why Pope Francis, facing choices that risk to reduce the Church to a sort of NGO, sets a limit and emphasizes it. However, this risk is often born out of Pope Francis’ words, that allow people to think otherwise.

If the goal is this, it is difficult to stop the ideological drift that moves around and within the pontificate. It is said that Pope Francis has many enemies. Instead, the impression is that there are no enemies, but too many ways of thinking within the Church that no one is strong enough to epitomize under the light of the Gospel.

Some time ago, analysts were saying that a schism could arise in the Latin American Church, since all the social-economic conditions pointed in that direction. Nowadays, some analysts say that the Church in Germany may be heading towards a schism.

The truth is that the Church is like the world. It is no longer a time for open conflicts and great wars that lead to significant separations. Even the Church is experiencing a piecemeal world war, where everyone is fighting each other. Pope Francis is called to make one out of what does not want to stay united, because it was not born united. These issues are not schismatic but were born out of a culture of schism. And the culture of schism is, in the end, the culture of full freedom. There cannot be general rules for everyone, because everybody must be free to interpret them.

Thus, Pope Francis must face many minor schisms that are not formulated as schisms, but that are schisms in actuality. It is the biggest challenge of the pontificate. Pope Francis’ political thought will not be enough, nor his acting as a guarantor. There will be a need to tackle the issue from the field of the ideas, of the contents, of the faith, of the doctrine. During this last decade, a discourse on these four fields have been missing.