Pope Francis, the issue of the open processes 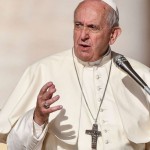 The appointment of Archbishop Cyril Vasil as apostolic administrator sede plena of Kosice eparchy in Slovakia is part of the Vatican reform by to Pope Francis. Archbishop Vasil, a Slovakian, has served for ten years as secretary of the Congregation for the Eastern Churches. According to the draft of the Curia reform – that is circulating, but has not been approved and released yet – positions in the Curia are given for a five-year mandate, renewable one time. Vasil was, in the end, getting ready to get another job, outside of the Vatican.

Even the recent appointment of Francesca Di Giovanni as undersecretary of the Vatican Secretariat of State for multilateral affairs anticipated the Curia reform. The draft of the constitution Praedicate Evangelium previews a second Vatican vice-minister for Foreign Affairs, along with the undersecretary for the relations with the States, with a particular focus on multilateral affairs. That position, in the end, has been established before the Apostolic Constitution was promulgated.

These two last appointments are part of a well-designed trend in Pope Francis’ pontificate. After he was elected, Pope Francis hired expensive external consultants, pondered proposals, established commissions on communication, finances, and the Institute for religious works, and established a Council of Cardinals to help him draft the Curia reform and to govern the Church.

In Pope Francis’ words, processes were open. But what will be of these processes? Looking at Pope Francis’ actions, the processes end when he makes a decision. And Pope Francis decides independently of any consultive process, without even issuing any constitutional documents. The documents will come in due time, according to Pope Francis’ thinking.

Since the great continental project of Simón Bolívar, the States of Latin America have mostly experienced charismatic leaders. The Latin American institutions are rather young; they do not have the historic sense of the European institutions.

The Latin American point of view is different from the European point of view, where institutions survive the monarchs. The monarch was considered at the service of the institution, while the charismatic leaders are looked upon with suspicion and only sometimes accepted, but not appreciated.

We cannot understand Pope Francis without considering this Latin American angle. And we cannot understand Pope Francis without the lenses of the “continentalism” promoted by the philosopher Methol Ferré. Ferré looked at a united and finally strong Latin America, ultimately capable of becoming “a source. of theology” instead of taking theology from others. Latin America must be able to lead the world and to propose its model to the world.

When the Cardinals elected Pope Francis with a mandate for reforms, they perhaps underestimated Pope Francis’s background. The discussions at the pre-conclave meetings mostly focused on how to make the machine work, not on the big themes of the Church.

The Church that Pope Francis inherited was a Church that was regaining credibility. After years torn by the discussion that followed the Second Vatican Council, the Holy See regained international prestige. The Holy See interventions in the international arena were awaited with anticipation. Benedict XVI’s words were discussed and sometimes opposed, which showed that Benedict XVI grasped the hot topics of the modern world. Despite this opposition of the world, a Benedict XVI’s reflection on Christmas was published by the Financial Times, and secular publishers published his books on Jesus of Nazareth. The discussion was about projecting the Pope’s words outside of the Vatican or treasuring them within the Vatican, to relaunch the Church in the world.

From the structural point of view, the Holy See had worked hard to emancipate itself from its entangling relations with the Italian neighbor. The first Vatileaks was, in the end, a sort of revenge, a warning sent to the Holy See from the traditional Italian – Vatican environment.

The work to get the Holy See a renewed dignity began under Paul VI, continued under John Paul II, and was perfected by Benedict XVI. It was a theological and cultural project, intended to provide the Church with solid grounds to be able to propose to the world and discuss the Church’s point of view.

Benedict XVI left this cultural legacy, which was not a matter of discussion in the pre-conclave meetings. The discussions were mostly about Curia reform, with a clear intent to dismantle the Secretariat of State. Personal issues had a role in that. The idea of a missionary Church proposed by Pope Francis had convinced the Cardinals because, in the end, it promised a change of narrative (which took place), a Church open to the world, and a reform that addressed the expectations. And the expectations were those of dismantling the institution. It was not about improving what was already in action. It was about starting from zero, as if Benedict XVI and John Paul II had never existed.

Many of the reforms under discussion today were also discussed during the 1970s debate on Curia reform. John Paul II resolved the discussion with the constitution Pastor Bonus. Pope Francis has brought the discussion back.

However, Pope Francis is escaping the intellectual debate. He merely takes focused decisions, ahead of reforms and aside from institutions. There is not a project, or if there is one, it is not evident. Everything is thus in suspension, and Papal decisions are unpredictable.

This year many Curia officeholders will change, and Pope Francis will end his little pragmatic revolution in the Vatican. His legacy will be that of leaving many processes open and just a few cultural-theological discussions open. This will be the starting point to revamp a Church based on ideas rather than on leaders and pragmatic responses to practical situations.