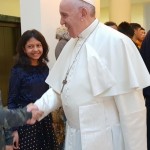 Ernesto Cardenal died a priest at the age of 95. Minister of the Sandinista government of Nicaragua at the beginning of the 1980s and for this publicly rebuked by St. John Paul during his trip to Managua in 1983, Cardenal had been suspended a divinis because his political position was incompatible with that of a priest. Pope Francis revoked this provision, thus allowing Cardenal to celebrate Mass during the last part of his life.

Pope Francis did the same in 2014 with Miguel D’Escoto Brockman, another of the ministers of the Sandinista government. D’Escoto was suspended a divinis for the same reason. At the height of his political career, he was posted to the United Nations.

Pope Francis also allowed the beginning of the cause for the beatification of Dom Helder Camara, the Brazilian bishop who was the champion of Liberation Theology. Camara is also well known for maintaining points of view in open contradiction with the Church’s doctrine on abortion, divorce, and contraception.

These three figures seem at odds with Pope Francis. Pope Francis’ decisions about them almost reveal a bipolar personality. When Pope Francis was the provincial of the Jesuits in Argentina, back in the 1970s, he criticized Liberation Theology, and clashed with Fr. Pedro Arrupe, General of the Jesuits, who instead backed it.

Even today, Pope Francis is not a progressive Pope. He has not implemented substantial doctrinal changes. He favored some small pragmatic shifts only. The notion that we stand before a progressive Pope is, in the end, only a myth.

Pope Francis is very traditional on doctrinal issues. He is traditional and, at the same time, pragmatic. So pragmatic that, sometimes, his decisions and his words appear to point towards doctrinal shifts. It is not the case. The Pope gives practical answers to pragmatic issues.

And yet, since becoming Pope, he has not stopped looking with empathy at that Latin American world. He tried to give new momentum to the popular movements, and the three speeches he delivered to them epitomize perhaps all of his political thought. He revamped the theology of the people – which is a normalization of the Liberation Theology – by promoting popular piety, which he believes in. He attentively looked at South American political models and called for an alternative to an economy that kills.

The central theme of these changes is not doctrinal change, nor a Church that finally embraces the socialist and leftist way of thinking and is open to the world, as some post-Second Vatican Council narratives propose.

The central theme of Pope Francis’s pontificate is instead Latin American reconciliation. This reconciliation passes through these different gestures. The Querida Amazonia, the post Synod exhortation of the special synod on the Panamazonian region, provides the right lenses to understand that the theme is above all Latin America.

Querida Amazonia raised many expectations. Many were waiting for doctrinal changes, especially concerning priestly celibacy. After the release of the exhortation, there is a narrative that still supports it, maintaining that, since the Pope did not mention celibacy in the text, the discussion is still open.

Pope Francis background thinking is this: if Latin America would bring together its minds, its wealth, its popular piety, its resources, it could finally become a Patria Grande (Great Homeland), and so it would be no more a hostage of the people of the opulence, as Paul VI described them in the Populorum Progressio.

The Latin American continent has tried many times to heal its wounds. The political theology was one of the palliative cares for a system that generated a robust imbalance between poor and rich people, influential people and regular people. The priests went beyond their prerogatives, they jumped into the political arena, became government ministers, and got the a divinis suspensions as a result. The priests had been among the poor, attacked the most powerful and the institutions to be on the side of the people, sometimes going beyond their evangelical mission.

Cardinal Jorge Mario Bergoglio shared this objective as a rapporteur of the 2007 CELAM conference in Aparecida. The theme of the conference was “Disciples and Missionaries of Jesus Christ, so that our peoples may have life.” Benedict XVI, not casually, added to the theme “in Him,” thus putting Jesus Christ at the center of the debate.

When Pope Francis was elected Pope, he knew that Latin American scars needed to be healed. There had been so much propaganda around the a divinis suspensions of the Sandinista priests. This propaganda sparked division among the people that did not understand why a priest close to the people should be suspended.

Pope Francis knew that he needed reconciliation gestures to reach for the Patria Grande dream. For this reason, he considered the past political experiences as “time-barred” and decided to be merciful. He did not do it because he shares the path paved by Cardenal, D’Escoto, or Camara. He did it because the final goal is that of giving a new dignity to a continent that has always been marginalized.

In the end, all of Pope Francis’ pontificate can be read as a vindication of the Latin American world. Pope Francis said at the beginning of his pontificate, “it is from the periphery that one can see the center more clearly”.

Pope Francis’ pontificate can be finally interpreted as a hand extended toward the progressive theology that used to stand in opposition to Rome. One example is Pope Francis’ collaboration with the Liberation Theologian Leonardo Boff in drafting the encyclical Laudato Si.

If we neglect the Latin American perspective, many things would appear to be contradictory. It is often said that Pope Francis lacks vision. Pope Francis indeed lacks an institutional perspective, and this has created some problems – e.g., handling the Curia reform or the reactions to Amoris Laetitia. Pope Francis, however, really does have a vision.