Has Pope Francis completed his reforms? Pope Francis, towards new rules for the sede vacante?

Pope Francis, the limits of personalism 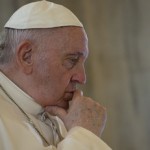 In different ways, both Pope Francis’s approach to issues concerning the Order of Malta and the renunciation to the cardinalate of the Bishop Emeritus of Gent, Lucas van Looy, are mirror images that demonstrate how Pope Francis operates. Now more than ever, Pope Francis is alone in command and follows a particularly personalist approach to matters.

The intervention on the Order of Malta is particularly emblematic. It is true that popes had intervened in the past in the Order of Malta and that the Order, a state without territory with bilateral relations with various countries in the world, owes its particular sovereignty to a concession by Pope Paschal II. The Order, however, is a religious body only for the part that concerns the consecrated, but not for the government, which is also entrusted only to consecrated persons, according to the requirements of the Constitution.

Pope Francis had not only decided that the Lieutenant of the Grand Master, Fra’ Marco Luzzago, in office for a renewable one year term, would remain in his place until the reform process was completed. After the sudden death of Fra’ Luzzago, the Pope immediately and personally appointed Fra’ Dunlap as the new Lieutenant of the Grand Master, trampling on the internal regulations of the Order, which provide for an interim of at least three months by the Grand Commendator, to then proceed to new elections.

In this way, Pope Francis has profoundly threatened the Order’s sovereignty, creating the conditions for an internal schism within the Order itself if the reform then results in treating the Knights simply as a religious order.

Ghirlanda had no real job or reason to be at the meeting. His presence is proof that the Pope has no problems not formalizing decisions. He relies on trusted people and gives them importance even without any official assignment.

Not only. By giving Ghirlanda the cardinalate, Pope Francis has blocked any possible resistance to his reform, which could only come from the Vatican Secretariat of State. If Ghirlanda is a cardinal like Secretary of State Parolin, what power of deterrence can Parolin exercise on any decisions?

But this is Pope Francis’ modus operandi. It takes power away from those who would have it formally and gives it informally to those who see it more in line with his thinking. He does not think about the consequences but about the actions. He decides, and when his decision is hindered or even just questioned, he ensures that there will be no obstacles.

It is a reasoning that also holds for the reform of the Curia, which remained hidden for months. Its announcement was a surprise, just three months before its celebration. But Pope Francis also behaved like this with the last consistory, announced just three months before the start date, without, as usual, saying anything to anyone, not even the cardinals.

It so happened that cardinal-elect Lucas van Looy, archbishop emeritus of Ghent and a friend of Pope Francis, asked not to be made a cardinal because of the persistent accusations of covering up sexual abuse. It would not change much for him, as he is over 80 years old and therefore not eligible to enter the Conclave. The Bishops’ Conference supported the request. The Pope accepted it.

For the first time in the modern era, a cardinal declines to become a cardinal before being created a cardinal. In the past, the popes notified the creation of cardinals to those directly involved, who could decline in secret. Now, the Pope does not tell anyone what he has in his heart, and the cardinals know of their imminent creation only after a public announcement. Therefore, more and more cardinals with perhaps underestimated problems may consider leaving.

It is striking, however, that the Pope accepts such a renunciation, sacrificing another bishop on the altar of hypocrisy, after accepting the resignation of Michel Aupetit as archbishop of Paris for the same reason. In practice, the Church is afraid even to make decisions, whenever public opinion is a factor. And the Church can’t take them, among other things, because she finds it difficult to understand the Pope’s intentions.

The personalist management of the Pope leads to a lack of organization and to short-term vision. The logic for creating new cardinals is also personal, to the point that the Pope does not warn the new red hats but makes decisions without possibly going back. Here, an elected cardinal renounces even before receiving the red hat, creating a problem of credibility for the Church and the Pope himself (why give up if he has done nothing? Why did the Pope create him a cardinal not checking that there could be problems?)

The same happens with the management of the Order of Malta, where the Pope took matters into his own hands and decided that the Order should be run as a monastic order. He trusted the advice of some, but above all, he followed his own instincts. And in doing so, he amplified the rift within the Order. With his actions, there is also the risk that the Order will lose, step by step, international recognition. In contrast, the associations of the Order, fed up with being sidelined, will disengage from an Order that no longer has the same weight as before.

The Pope may have gotten what he wants, but at what price? He knows the same is happening with the Holy See. Anxious to strike at corruption and careerism, the Pope had a summary trial started, intervened in the process, and put the very prerogatives of the Holy See at risk.

But this is what he does in general, when he speaks lightly, announces the idea of going to Moscow but at the same time denounces Patriarch Kirill as Putin’s altar boy, reports on private conversations he had with heads of state, or gives his opinion aside from any diplomatic sensitivity or standard confidentiality.

To justify acts of force, it is also striking that the Pope always resort to citing precedent in the past and cites exceptional occasions in which actions have been taken that appear to support the way he operates. For example, the decision on the Order of Malta has a preamble that recalls how other popes had intervened in the management of the Order. He has done so on other occasions, referring to the fathers of the Church or other governance decisions.

Exceptional decisions do not create a norm. They are just exceptional decisions. They cannot be used to justify a personalist management that is more an exercise in style than the natural fruit of reflection. The Pope wanted to do what he did, and he sought a justification so that the decision did not appear harsh in the eyes of the world. After all, when the Pope leads in a direction, he is not even afraid of breaking the rules and then of fiercely confronting those who go against his will – think of the Pope’s bitterness against the traditionalist world, which he hit hard with the Traditionis Custodes.

In the end, every action of the Pope is a personal matter. The Pope governs and is convinced this is the way to do it. He is not afraid to break the rules or change canon law, if need be. He does not think about the long-term consequences because he is convinced that reality is superior to ideas and that things must be done here and now.

The actions on the Order of Malta mirrors the actions taken at the Holy See. The question of Van Looy’s renunciation is a consequence of the Pope’s personal decisions and appointments made more for symbolism than substance. He then abstain from defending them precisely because their contribution was only symbolic.

Over the years, however, all the shortcomings of this management style have come out. There is an end-of-the-world climate, which testifies to much confusion, but which – above all – will put the Pope in difficulty in the long term.

4 Responses to Pope Francis, the limits of personalism