Pope Francis, the moment of transition 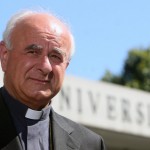 The publication of the new Statutes of the Pontifical Theological Institute John Paul II has marked a moment of transition in Pope Francis’ pontificate.

Elected six years ago with a mandate of reforms, Pope Francis did not make all of his moves at once. He preferred to change the top ranks only when their mandate expired, placing in the meantime trust in people outside the Roman Curia, with some exceptions.

However, Pope Francis did not just sit and wait. Most of the reforms have already been decided and are waiting to be institutionalized through a new Apostolic Constitution, the heavily-debated Praedicate Evangelium. One of these reforms deals with the Pontifical Academy for Life, that was linked to the John Paul II Institute for Studies on Marriage and Life through their Chancellor, the archbishop Vincenzo Paglia.

With the motu proprio Summa Familiae Curae, Pope Francis changed the John Paul II institute into a Theological Institute. The revamped institute keeps the same name and the same goals, but it is elevated in ranks and can now grant degrees, not just diplomas. The guidelines of the institute are to broaden the discussion on issues of life and family from a specifically moral theological approach to an approach that combines moral and social sciences.

The issue of the combination of social sciences with theology is a leitmotiv in Pope Francis’ pontificate.

Pope Francis explained it in Evangelii Gaudium, the apostolic exhortation that represents the key to explain every action of the pontificate. With Latin – American pragmatism, Pope Francis applies the social teaching of the Church holistically. Human beings —including the poor, migrants, refugees and victims of human trafficking— must be defended from conception to natural death. Hence, the social sciences. Hence, a “multi-disciplinary” approach in the guidelines of pontifical universities, according to Pope Francis’ instruction Veritatis Gaudium.

This vision can be considered a different mentality, but it does not cancel the past. It is, however, a breach, hard to accept.

The transition towards this new mentality was completed with the statutes and the regulation of the Pontifical Theological Institute John Paul II. When Pope Francis established it in 2017, he gave an internal commission the task of writing the drafts of the status.

During the process, two visions of the world clashed: the vision of the “old” institute, led by the former president Mons. Livio Melina, that defended the theological setting applied for 35 years, which bore many good fruits; and the vision of the new institute, aspiring to meet the Papal requirements.

Pope Francis hardly lets anyone resign. He prefers instead to mix opposites. He did so with the Pontifical Academy for Life, that is under the same Chancellor.

The statutes of the Academy were revamped – they must be renewed every five years – and there was also a reshuffle in its membership. The new membership substantially confirmed the line of the Academy so far, considering new entries and old ranks.

The decision not to confirm in their posts some of the members was questioned. The truth is that there was a need for a generational turn. Pope Francis acted according to a precise scheme: conservative in choosing members, more open in the theological discussion.

The same happened with the Pontifical Theological Institute John Paul II: Pope Francis elevated its ranks, allowed the people already in the institute to continue to work, including in its statutes. The statutes took into consideration what the Pope asked for.

Conditions were right for Pope Francis to act this way. As there was a need for a generational change, it is not hard to place trusted people in the right places to address this change. As said, except for rare exceptions, the Pope never set up a spoils system.

This pragmatic shift is worrisome to the defender of doctrine. They have two possibilities: they can be resilient, remaining in the institutions and serving them; or they can fight, casting light on the most critical issues. .

Some say so. There will be a new chair (Gaudium et Spes Chair is already in effect) with a less theological approach. Beyond any ideological debate, it is unlikely that St. John Paul II’s magisterium will be affected. It was not even possible to tear down St. Paul VI magisterium: in the end, it was recognized that the encyclical Humanae Vitae was not just the decision of a lonely Pope, but a response to a shared sense of the Church.

Paul VI did not act alone, and neither did John Paul II. Many of today’s challenges find solutions in John Paul II’s speeches and decisions, including his defense of Humanae Vitae, published in 1988 on L’Osservatore Romano.

Nowadays, there is a change of paradigm that Pope Francis is promoting. This change of paradigm does not, in the end, exclude those working until now. Their work contributes to the ongoing work and serves to generate new ideas. This is the challenge.

The establishment of the Pontifical Theological Institute shows Pope Francis’ modus operandi. There are people who do not feel at ease with the new situation. They are called to exercise the biggest of the virtues in transitional situations: resilience. This is the essential virtue for this pontificate.