Pope Francis: The Next Challenges of the Pontificate 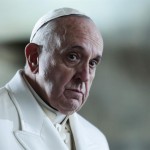 It might seem just a coincidence that some appointments completing the Curia roster took place in the same week that in Rome, at the Pontifical Gregorian University, two conferences shed light on the life of Christians under the Soviet Union. However, the link between the theme of the Curia reform, the choice of staff and what the papacy did to counter one of the hardest anti-Christian ideologies of history must not be under evaluated.

First of all, the appointments. Pope Francis’s pontificate is now living through a transition time. The Secretariat of State might undergo substantial reshuffling, and at least three of its top-ranking officials will be promoted as nuncios, that is, the “Pope’s ambassadors.” The same Secreteariat of State will undergo some changes, and sources maintain that a third section of the Secretariat of State was formed. This section will deal with nuncios, and it is reported to be headed by Archbishop Jan Romeo Pawlowski, who chairs the office for the Pontifical Representation. In the end, it seems that this office was elevated to the rank of section.

There are already some moves. The Congregation for the Evangelization of Peoples experienced in few months the departure of its Secretary and Under-Secretary: Archbishop Hon, the Secretary, was appointed nuncio to Greece; the number three, Tadeusz Wojda, was appointed Metropolitan Archbishop of Bialystok.

Anyone thinking about substantive news will nevertheless be disappointed. As the Pope already did with the Congregation for the Doctrine of the Faith, he will limit himself to promotions from within: Archbishop Protase Mugambwa, Adjunct Secretary of the dicastery, was promoted Secretary, while the post of Adjunct Secretary was filled by Giampietro Del Toso, Secretary Emeritus of Pontifical Council «Cor Unum», who was without any portfolio since his dicastery was included in the Dicastery for Service to Integral Human Development.

Dal Toso will be elevated to the rank of archbishop. This move allows us to speculate that there will be soon a new head for Propaganda Fide, and all clues lead to Cardinal Robert Sarah. The current Prefect for the Congregation for the Divine Worship is considered the Pope’s opposite when it comes to liturgical sensitivity, as certified by the Pope’s letter that contradicted Sarah’s interpretation of the motu proprio Magnum Principium. For this reason, the Cardinal might return to where his Vatican career started, since he was in the past Secretary of the Congregation for the Evangelization of Peoples.

Such a move could create a sort of domino effect, leading to the appointment of Archbishop Arthur Roche as Prefect of the Congregation for the Divine Worship – he was the one who wrote Magnum Principium. Cardinal Fernando Filoni, the current Prefect of Propaganda Fide, might replace Cardinal George Pell as Prefect of the Secretariat for the Economy, probably with some title that will preserve and defend the Australian Cardinal’s position, while the latter, currently on a leave of absence, has returned to his homeland in order to clear his name and defend himself in a trial that is no more than the climax of a campaign orchestrated against him.

The eventual appointment of Cardinal Filoni, in the end, starts a domino effect within the Holy See’s financial sector, because in the end this reform was carried on with steps going back and forth, while a way was sought to balance the kind of oversight and management that is needed in every sovereign State.

Linda Ghisoni, mother of two daughters, studied theology in Tubingen (Germany) and at the Gregorian. She is a lawyer in the Roman Rota and has worked on appeal tribunals for the vicariates of Rome and Vatican City. She collaborated with the Pontifical Council for the Laity from 2013-2016. She will be the Undersecretary for the laity section.

Gabriella Gambino, mother of five children, will be Undersecretary for the life section. She has a PhD in Bioethics, and was a scientific expert for the National Committee for the Family while she also collaborated with the Pontifical Council for the Laity and the Pontifical Academy for Life.

These recent appointments are of two women who come from within the ranks of the cultural initiative of Cardinal Camillo Ruini, that is, they come from the period in the Italian Catholic Church where Catholic presence in politics and society was strong, as it was also for culture. That period was not characterized by dialogue with the modern world, but rather with offering reasons for faith in today’s world.

Are these two choices in opposition to what Pope Francis has always preached? More and more the Pope has said he did not want to talk about “non-negotiable values”, and made the culture of the encounter a measure of his pontificate – despite the fact that he has spoken out strongly, for example, on the family. However, Pope Francis always stated his preference for the idea of bridge building, rather than a cultural struggle.

This alternative approach can be noted in the choice of new bishops which are certainly more skilled in pastoral issues than intellectual issues. What Pope Francis is trying to do is to engineer a shift of mentality, a pastoral conversion. His model is the Aparecida Conference that he described as “the first conference that ends with a continental mission.”

So, why did the Pope choose these two undersecretaries with a strong intellectual profile?

Because in the end the Church has to engage with culture, and pastoral life and culture are two faces of the same coin.

Yet this atheistic militancy was not born of nothing. The anti-clerical and anti-religious movements in the Soviet Union were directly inspired by the French Revolution and by the way this latter targeted the Church. The philosophy of the French Revolution is finally fully realized in the communism conceived by Marx and Engels.

When the Church had to face the French Revolution, she did so by establishing the Congregatio Super Negottis Ecclesiasticis Regni Galliarum, a Congregation desired by Pope Pius VI and concerned with ecclesiastical life in France. In this way, the Pope set the foundation for the modern second section of the State Secretariat that is born as a study center on the particular French question.

When the same problem returned in Russia, the Holy See tackled the issue through culture, as Holy See diplomacy looked to the human being, and not at diplomacy for the sake of diplomacy. So, the Pro-Russia commission was established, and, in addition to that, the Holy See founded a Secretariat on Atheism that also published a bulletin, Lettres de Rome Sur L’Atheisme Modern, published in five languages from 1935 to 1939.

True, the faith was maintained thanks to popular piety, to the fact that grandparents handed down prayers to their grandchildren. But this popular piety came from a strong faith and well rooted catechesis: culture helped to maintain the faith.

Communism fell thanks to the cultural world. Cardinal Karol Wojtyla, Archbishop of Krakow, thought it better to reinforce Christian culture than to oppose the regime openly. Once elected Pope John Paul II, he brought this idea into the universal Church. The Secretariat for Non-Believers was the means for doing this, and its President, Cardinal Paul Poupard, was the man in charge appointed by John Paul to go to the countries on the other side of the iron curtain and to talk about God.

Yesterday like today, there has to be talk about God that takes place through the Church by means of a strong, visible presence and cultural identity. In the end, if there is something missing in the discussions around Pope’s reform it is culture.

While we journalists write about internal Vatican reshuffles, and while we try to explain the chain of power that gives rise to certain appointments; while a mere reorganization is being labeled as reform; while communication reform mostly points to a digital convergence; while all of this happens, it seems that the Church lost the need and the desire to engage with culture.

Although the challenges are the same as 100 years ago, at that time the issue was atheistic communism. Today it is secularization and religious indifference. One hundred years ago a violent campaign led to the suppression of the Church; now the violence is that of a subtle anti-religious campaign. Yesterday, today and in every age there are those who seek to destroy the Church.

Let us hope that after the reform and the final composition of the Roman Curia, there will be still people able and willing to confront the challenge of culture. The Church really needs it.