Pope Francis, the old and the new Ostpolitik 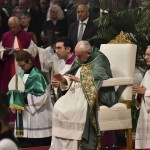 At the time of the Iron Curtain, it was said that the Ostpolitik designed by Casaroli confined the Church to compromise with her historical enemies. It is an accusation that has also been levied against the diplomatic activity of Pope Francis, which on several occasions has been compared to Ostpolitik.

Pope Francis has not done anything to reject that comparison. In fact, in the homily of the Consistory for the creation of new cardinals last August 27, he spoke extensively of Casaroli, pointing to him as an example and underscoring his work. In practice, by praising Casaroli, Pope Francis tried to justify his activity and his decisions. This is a rhetorical mechanism typical of Pope Francis.

However, Casaroli’s example is not particularly fitting for the diplomatic activity of Pope Francis. Nevertheless, it gives this activity dignity, historical continuity, and depth. Still, there is a considerable difference between the meticulous approach and dialogue done by Casaroli with the countries beyond the curtain and the diplomatic work of the Pope targeting not only the countries in Eastern Europe, but all possible partners.

The difference lies in this: Casaroli’s dialogue was not a dialogue at all costs. It came about when there was an opening, he would make concessions when establishing a dialogue, and he tried to create bridges of trust. But, in the end, it was a dialogue aimed at saving Catholics and serving them where they were. A contested dialogue but valid in its principles, so much so that John Paul II, who came from Poland and was linked to one of Casaroli’s greatest critics, Cardinal Wyszynski, wanted him to be his secretary of state.

On the other hand, the dialogue of Pope Francis appears to be a dialogue at all costs, to the point of taking a step back when it comes to staking a clear position. For Francis, too, the goal is to defend Christians. But Francis lacks that diplomatic refinement that Casaroli had, who was also permeated with a strong pastoral sense.

Casaroli bound himself to tradition and continuity of the history of the Church. Pope Francis does not have these limits because his most frequent phrase is the invitation not to fall into “it has always been done this way.”

The press conference on the plane back from Kazakhstan somehow confirmed this tendency of Pope Francis. For four reasons.

The first reason concerns the very essence of the trip: the Pope went to participate in an interreligious meeting, of which he was neither the organizer nor the protagonist, and to praise dialogue. But unfortunately, this dialogue led to the injustice of a final declaration from which the Ukrainian question, a great subject of debate, was left out. The Pope, rather than participating in these events, should be organizing them.

The second reason concerns the Pope’s words on China, especially given the trial of Cardinal Zen. “I don’t feel like qualifying China as undemocratic – he said – it’s such a complex country. There are indeed things that seem to us not to be democratic. Card. Zen will go to trial these days, I believe. He says what he feels, and you can see there are limitations“—no stance or defense of the elderly Chinese cardinal.

He had not even talked about it at the Consistory. Cardinal Ludwig Gerhard Mueller later complained, in an interview, about the decision not to address the issue of Cardinal Zen and said that the Church should have been more critical.

With his words, the Pope paved the way for a positive reaction from the Chinese side, with the desire – acknowledged during the outbound flight – to go to China at least once. But his words also may sound as a slap in the face for those who, like Cardinal Zen, have suffered by putting themselves at the forefront in defending people’s freedom, and who are sacrificed, after all, on the altar of pontifical diplomacy.

The third reason concerns the attitude towards Russia. Pope Francis did not hesitate to define Russia as an aggressor country. Still, he stressed that dialogue with the aggressor could “stink” but that it must be done in the end because dialogue always opens up new paths.

The fourth reason concerns the situation in Nicaragua. There, the nuncio was expelled, a bishop is under house arrest, several Catholic media have been silenced, and churches have been under attack for years. But the Pope says that everything is known about the situation, and that there is an open dialogue.

The four reasons are, therefore, four different scenarios in which Pope Francis shows, however, that he does not want to declare a clear position in the name of this need to carry on with dialogue.

It is an approach that the Pope does not only follows in diplomacy but also in all other areas. When asked in the return trip from Canada if it was necessary to change the doctrine on contraception, for example, he gave a general answer without clearly answering the question. He does this whenever he thinks that declaring a position can preclude dialogue.

The question that remains is: what is this dialogue good for? Is dialogue the main objective of every action of the Pope? The danger is that this search for dialogue at all costs is counterproductive, putting at an even greater risk the people who should be assisted. It is, after all, one of the paradoxes of this pontificate.

A paradox that could be fraught with consequences. Will the prophetic capacity of the Church be recognized if, in the name of fostering dialogue, she does not dare to speak up?

One Response to Pope Francis, the old and the new Ostpolitik