By Andrea Gagliarducci On 8 febbraio 2016 · 3 Comments · In Vatican 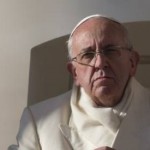 The Council of Cardinals will meet again February 8 – 9. Pope Francis appointed the Council to advise him on the Church’s government and on a possible reform of the Curia. But this time, more than on past occasions, the meeting encounters a certain disinterest. No one has written about it, and the cardinals involved have avoided granting interviews intended to foretell what the reform will entail. There are some proposals at stake, to be discussed. But the overall impression is that curial reform is backpedaling.

On the other hand, Pope Francis has repeatedly insisted that the reform process is moving forward. He stated it, for example, at the Angelus during which he denounced the leaks of confidential documents that led to the Vatileaks 2 trial. There have been reforms concerning financial matters, especially the auditing and drafting of balance sheets. But these changes certainly do not constitute the huge curial reform fantasized at the beginning of the pontificate.

As a matter of fact, new dicasteries have been added to the Curia. First the Secretariat for the Economy was established. Headed by Cardinal George Pell, the Secretariat is entrusted with rationalizing financial management and making it more transparent and conformant to international standards. Secondly (and more recently), the Secretariat for Communications was established. Its task is that of carrying forward an ambitious reform of Vatican media departments, which includes taking over the competences of the Holy See Press Office.

These two new Secretariats have not yet replaced the dicasteries previously entrusted with these competences. The Secretariat for the Economy survived a long discussion aimed at drafting its statutes, while the Secretariat for Communications still has no statutes. Neither has been written into an amended “Pastor Bonus,” the Apostolic Constitution that regulates functions and tasks of the offices of the Curia.

This never happened. The Secretariat of State, headed by Cardinal Pietro Parolin, made all the right moves. Through a series of papal letters and rescripts, it kept its role of coordinating Vatican bodies, and it preserved its oversight of the dissemination of Vatican information, at least until the Secretariat for Communications’ complete establishment will occur.

Instead of suffering amputation, the Secretariat of State even strengthened its influence. Cardinal Parolin showed himself to be a shrewd papal interlocutor, and his “modus operandi” might be glimpsed at work in some of Pope Francis’ recent moves.

A clear example is the improved relationship with China. The Pope granted an interview to “Asia Times,” praising the wisdom of the “People of the Great Wall.” However, none of the interview’s questions dealt with religious freedom in China, the persecution of Christians, or the relations between the government and the Holy See. The climate has certainly improved, the Holy Doors opened in China showed that the so called “underground Church” could show up with no consequences, but problems are still on going. Certainly, the narrative insisting on a dichotomy between an “underground Church” and an “official Church” in China should be replaced. It is more correct to speak about the Church of China as being partially acknowledged by the government and partially not. This point was recently explained Archbishop Claudio Maria Celli, President of the Pontifical Council for Social Communications, who has been involved in a dialogue with China since the 80’s.

Pope Francis’ interview with “Asia Times” is a diplomatic olive branch extended to the Chinese establishment. President Xi Jinping, who took office at almost the same moment as Pope Francis’ installation, decided to open new channels of dialogue with the Western world. The Church wants a presence in China, and this is the reason it might engage in compromise.

This solution would generate some canonical problems. The Pope chooses the bishops, and no government can be allowed to interfere with internal Church decisions. Probably the procedure would be more nuanced than the way it is being described. The fact is that the Vatican is seeking a compromise. This kind of compromise, however, would not receive backing from many of the priests who have been fighting for years on behalf of libertas ecclesiae in China. Among them is Cardinal Joseph Zen, Bishop Emeritus of Hong Kong. Zen has already expressed strongly his disappointment over the talks.

The development of this line signifies that even in this case Cardinal Parolin’s Secretariat of State definitely took over control of the situation. Moving beyond the approach labeled “diplomacy of truth,” Cardinal Parolin’s approach embraces a strategy of staying “in between,” of conceding whatever is needed in order to achieve the goals and to overcome any difficulties (in particular, canonical, but also theological) with pastoral solicitude.

Pope Francis accepted this approach, and this must be taken into account, as it explains a lot about his rationale, which is a Jesuit rationale. Pope Francis’ push to go to the peripheries, to go beyond the Church’s limits, is an outcome of the Jesuit missionary spirit.

If mission is central, everything else becomes relative. Pope Francis does not love big theological discussions or coherent philosophical systems. His rationale of the Church as a field hospital reveals his commitment in precise terms: when there is a problem, we try to fix it; if the fix does not work, we try another way to fix it.

Cardinals called to think about curial reform must take this papal sensitivity into account. Rather than a central reform of the Church, Pope Francis wants to change the profile of bishops. He is convinced that they will foster the needed changes.

An example of this approach can be seen in one of Pope Francis’ main reforms — the simplification of the process for arriving at a declaration of the nullity of marriages — a reform that hinges on the role of local bishops. The Roman Rota has recently drafted a vademecum to explain to each bishop how to put the new norms into action. All bishops are called to become judges, to establish their courts, to be de facto at the same time juridical and pastoral guides of their flocks. The vademecum lists some general criteria to indicate evidence in favor of an eventual declaration of nullity, but in the end every piece of evidence must be evaluated and discerned by the local bishop. That is, the rate of nullified marriages might depend on the particular sensitivity of bishops, and on the way they conduct the process.

This approach may lead to a breakdown of the unity of the Catholic Church, to be replaced by a sort of “primacy” of local churches. The Synod’s Final Report opened the door to a primacy of conscience, and left open a discernment in particular cases (like those of civilly divorced and remarried) in the hands of local priests. Pope Francis’ post-synodal apostolic exhortation – to be published in March – will reveal a lot about how he will manage the relationship between the local and the universal.

The push toward the outer limits could then lead to a loss of the idea of the centrality of the Roman Church. But John Paul II was also inclined to the outer peripheries and traveled to places where Catholics were few. Nevertheless, he had established a sound central government. John Paul II initiated a curial reform that still holds today (although it has needed some adjustments). However he exercised his ministry as Bishop of Rome by continually visiting Roman parishes. This way, he had created a united and coherent Church, with a common philosophy, one that was carried to the peripheries as well.

A shared mission is now seemingly lacking. This is another of the most important issues at stake, and the Council of Cardinals will have to take it into account. Even the names and functions of the newly-proposed “super dicasteries” has fluctuated from one meeting to another. Meanwhile, although the Pontifical Commission for the Protection of Minors works as an advisory board, it seems to act independently of the Congregation for the Doctrine of the Faith, the only Congregation that can actually try and sentence people.

Pope Francis will have to untie these knots even while the upcoming trip to Mexico might raise other problems. It was feared the Pope was going to ordain as priests some married deacons (this rumor has been denied), or at least acknowledge the practice of ordaining as priests “viri probati” (i.e., married men who in particular circumstances would be permitted to celebrate Mass), a move that would open a series of exceptions all over the world. It is rumored that there is an axis between certain Latin American and German bishops to “liberalize” Europe on this point. The Pope, it is true, met with all of the German bishops for their ad limina visit, and delivered a speech to them certifying the crisis of the Church in Germany. But now it is said that the Pope did not even read the speech before delivering it, and that his positions are really those of the other side.

The central question is: where does the Pope stand? His popular piety allows us to think that he is orthodox, even old fashioned at times, and that there is nothing revolutionary behind what he does. Or perhaps that he is superficial, rather than revolutionary. His being a Jesuit leads people to think that he really does want to go beyond the Church’s boundaries to explore unknown territories; hence these goals: an increased and more developed dialogue with Protestants; a trip to China at any cost; a meeting with the Russian Orthodox Patriarchate, that will be held in Cuba on February 12, in a neutral territory – news that means that a visit to Moscow remains a dream for a Pope. His being Latin American leads people to think that doctrine matters less to him than showing himself to be close to people. “I do not come to give solutions, but simply to be enriched by your faith”, the Pope said in an interview granted to Mexicans via the press agency Notimex.

Even Pope Francis’ choices demonstrate a certain acrobatics among positions: on the one hand, the Pope makes himself a guarantor of the doctrine, and picks people with strong doctrinal backgrounds, to calm down the establishment (think about Cardinal Petr Erdo’s appointment as the Synod’s General Relator); on the other hand, the Pope is carrying forward a real revolution. It is a revolution of mentality. Some may label it a progressive revolution. But in fact it is mainly pragmatic. His goal is to bring the Church close to people, rather than to bring people close to the Church. The Council of Cardinals is called to take even this criterion into account.